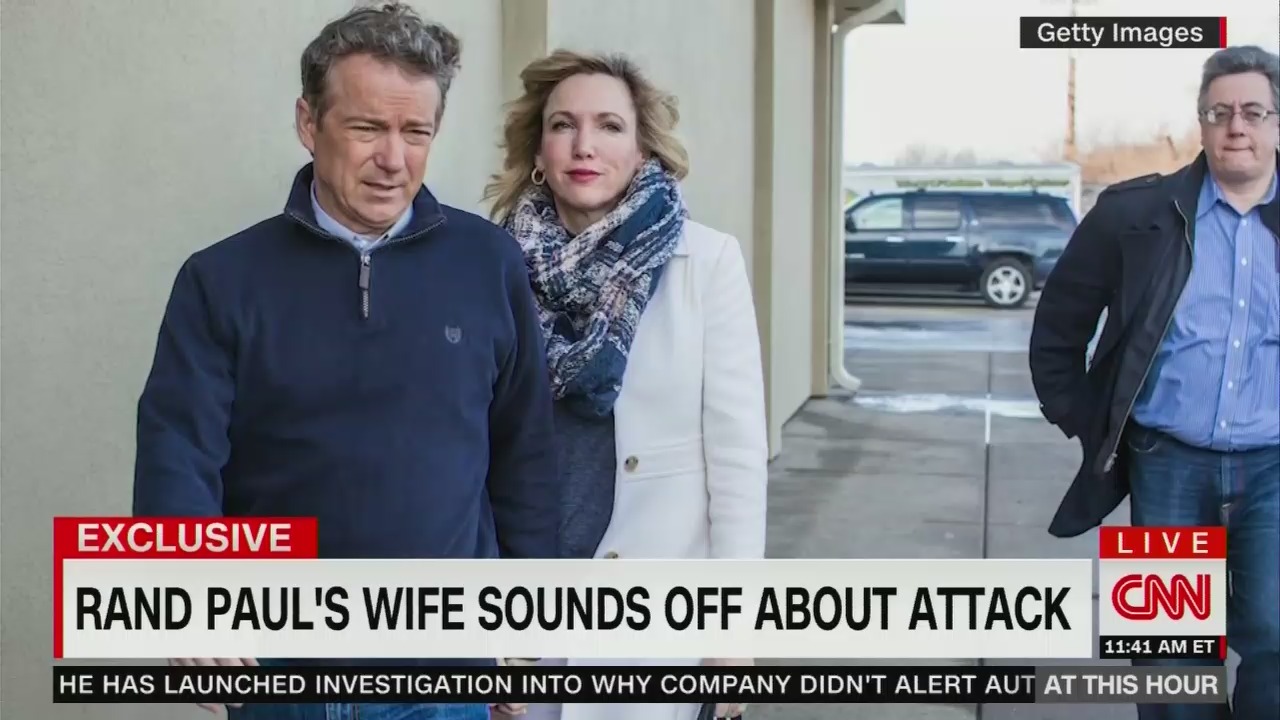 Senator Rand Paul’s family and friends have not been happy without how the media have characterized the unsolicited attack he faced from a neighbor earlier this month, that left him badly injured with six broken ribs, among other injuries.

After other neighbors of Paul came out to local media in Kentucky disputing the national reports characterizing the attack as a “lawn keeping” dispute, Paul’s wife Kelley, has had enough as well. In an op-ed to CNN, Dr. Kelley Paul slammed the media’s reporting of the attack as not only false, but “hurtful” and “hateful.”

Paul details how difficult it has been to watch her husband suffer, since the attack, not be able to take just one breath without being in severe pain. Despite his condition, he insisted on going back to work as soon as possible, she wrote, only to catch pneumonia. But his pain has only been made worse, she said, because of how the media has spun the story:

“It is incredibly hurtful that some news outlets have victimized Rand a second time as he struggles to recover, delighting in hateful headlines like "Not A Perfect Neighbor," and concocting theories about an "ongoing dispute," based on nothing more than speculation from an attention-seeking person with no knowledge of anything to do with us,” Paul bashed.

She went on to dispute media claims that they had any sort of relationship or ongoing dispute with the neighbor:

The fact is, neither Rand nor I have spoken to the attacker in 10 years (since before his wife and children moved away) other than a casual wave from the car. Nobody in our family has, nor have we communicated with anyone in his family. With Rand's travel to D.C. in the last seven years, he has rarely seen this man at all.

The only "dispute" existed solely in the attacker's troubled mind, until, on a beautiful autumn day, he ran down the hill on our property and slammed his body into Rand's lower back as he stood facing away, wearing noise canceling headphones to protect his ears from the lawnmower.

Paul criticized the media for victim-shaming her husband, writing they took “gleeful attempts to blame Rand” and “ridicule him” for the “blindside attack:”

This was not a "scuffle," a "fight" or an "altercation," as many in the media falsely describe it. It was a deliberate, blindside attack. The impact left Rand with six broken ribs, three displaced, pleural effusion and now pneumonia. This has been a terrible experience; made worse by the media's gleeful attempts to blame Rand for it, ridiculing him for everything from mowing his own lawn to composting.

Paul’s wife is right to be upset about how the media have treated this story. Not only did they downplay the extent of his injuries, and downplayed the attack as amounting to a neighborly dispute,but they have used the story as a point of cruel mockery. MSNBC’s Kasie Hunt just two days ago joked about the attack, calling it one of her “favorite stories.”