In June, when UK voters decided to leave the European Union in the "Brexit" referendum, the U.S. press told the American people that the UK economy would suffer greatly as a result. Moody's economist and max Hillary Clinton contributor Mark Zandi predicted that it would be "going down the rabbit hole." At CBS News, Mellody Hobson said that "they're acting as if a recession is a foregone conclusion."

It's one thing to predict a disaster that doesn't happen. It's quite another to predict bad news and have things turn out pretty darned well, which is thus far what has occurred. You'd never know it from reading U.S.-based establishment press coverage, but the UK economy, as reported in the UK Times, "ended last year as the strongest of the world’s advanced economies with growth accelerating in the six months after the Brexit vote."

The result is so completely the opposite of what was predicted that the chief economist at England's central bank, in a moment of refreshing candor that folks in the U.S. can only wish they would see coming from our Federal Reserve, has admitted that economists committed historically serious forecasting errors.

In another development we can only dream about here in the U.S., thanks to our partisan academic establishment, a British university has assessed forecasts of how the UK economy would perform outside of the EU, which were used to try to sway voters to remain in it, as "flawed and partisan."

Here are excerpts from the UK Times's coverage (bolds are mine; the UK's reported economic growth figures are not annualized): 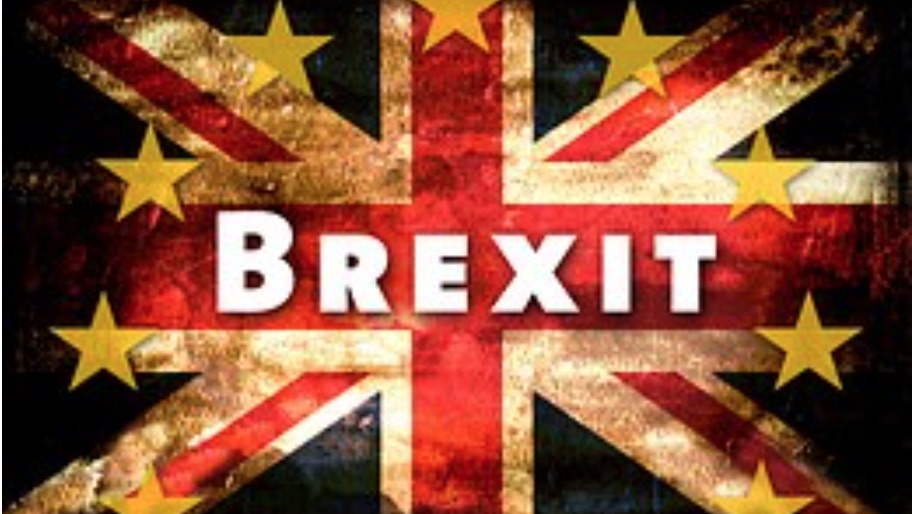 Britain ended last year as the strongest of the world’s advanced economies with growth accelerating in the six months after the Brexit vote.

Business activity hit a 17-month high last month, meaning that the economy grew by 2.2 per cent last year — more than the six other leading nations, including the US, Germany and Japan.

Andrew Haldane, chief economist at the Bank of England, suggested that economic forecasters were facing a “Michael Fish moment” over their mistaken predictions. Mr Haldane ... (referring) to Fish’s infamous assurance of “no hurricane” on the eve of the great storm of 1987, said yesterday: “It’s a fair cop to say that the profession is to some degree in crisis.”

He also admitted to shortcomings in pre-Brexit predictions, saying that “the data has surprised to the upside”.

Haldane still believes that trouble is on the horizon, though, warning "that inflation would squeeze household incomes this year," and "a slowdown was still likely." Okay, but it would be a "slowdown" from the UK economy's current perch as top dog. (Also, to be clear, the UK's annualized growth of 2.2 percent for 2016 isn't stellar; but it's still the best among "advanced countries," which says a lot of not very good things about the other economies in that category, including the U.S.)

Nevertheless, getting back to the story at the Times:

... Steve Baker, the Brexit-supporting MP, said that the performance of the economy since the referendum was a reproach to those who warned of dire consequences. “This is another moment to reflect that the horror stories that we were told simply didn’t come to pass,” he said.

An assessment by Cambridge University criticised “flawed and partisan” Treasury forecasts of Britain’s economy outside the EU. Only one, the fall in sterling, had proved correct, according to the Centre for Business Research. Treasury predictions on the prospects of trade outside the EU came in for particular criticism in the academic assessment published last month.

“We have looked very carefully at what the Treasury has said about this and we find its work very flawed and very partisan. It is not objective,” Graham Gudgin, one of the authors of the report, said.

To be fair to naysaying holdouts, which is obviously isn't how they've treated the optimists during all this time, the UK's fourth-quarter GDP performance isn't official, but is instead based largely on a very strong "purchasing managers’ index survey of business activity across the services, construction and manufacturing industries." But forecasters are quite confident of their GDP estimates based on that survey's strong performance in "recruitment" (i.e., hiring) and the highest level of new orders in the services sector in 17 months.

U.S. news consumers certainly would have no idea that the UK economy is doing so well, especially in comparison to everyone else, from this terse, unbylined coverage at the Associated Press:

Note, as seen in the red box, that the AP claims that the good news is occurring "despite" the Brexit vote. Additionally, the AP didn't deign to disclose economists' current forecasts for the UK's fourth quarter or full year.

It would be more correct to say that the UK economy has performed quite well "despite dire post-Brexit vote predictions." But I guess folks here in the U.S., unlike in the UK, aren't allowed to hold our self-appointed betters in the economics profession like Mark Zandi accountable for their consistently wrong forecasts.