WashPost Headline Says 'The Economy's Real Drag' Is 'Us'

In case you didn't get the message the first or second time around, the Washington Post wants you to hear it again: Cool your complaints about the weak U.S. economy, because it's your fault.

To be clear, the problem is primarily with the Post's headline — "The economy’s real drag: Us" — than with Robert J. Samuelson's content, which at least gave American consumers credit for having "sobered up" as the reason for the increased savings rate which is supposedly holding the economy back. That said, the longtime Post writer missed a number of other key factors explaining why consumers aren't spending as they did in the decades before the recession.

The "It's your fault" meme goes back to early June of last year, when the Wall Street Journal's David Hilsenrath wrote "A Letter to Stingy American Consumers" (bolds are mine):

This is The Wall Street Journal. We’re writing to ask if something is bothering you.

The sun shined in April and you didn’t spend much money. The Commerce Department here in Washington says your spending didn’t increase at all adjusted for inflation last month compared to March. You appear to have mostly stayed home and watched television in December, January and February as well. We thought you would be out of your winter doldrums by now, but we don’t see much evidence that this is the case.

You have been saving more too. You socked away 5.6% of your income in April after taxes, even more than in March. This saving is not like you. What’s up?

... The Federal Reserve is counting on you too.

The press kept the volume of the "darn it, you aren't spending" meme relatively muted for a time after two relatively decent quarters of economic growth last year, but really began cranking up the decibel level last month. That's because March retail sales declined by a seasonally adjusted 0.3 percent, marking an eight-month stretch where sales (not adjusted for inflation, pending revisions to February and March) have declined by 0.15 percent (from $447.559 billion in July 2015 to $446.887 billion in March).

A seemingly exasperated Christopher Rugaber at the Associated Press wrote that consumers "are reluctant to spend freely." A Bloomberg News reporter went further, finding an "expert" who claimed that there's "no obvious rationale" for the flatness.

Now we have Samuelson's Sunday column, whose major flaw is that it ignores how the government's simultaneous attempts to "stimulate" the economy into wellness through massive levels of deficit spending while putting it into a regulatory chokehold have instead caused a slow-motion recovery which doesn't even look like one to most Americans (HT Pirate's Cove via Instapundit; bolds and numbered tags are mine):

The economy’s real drag: Us 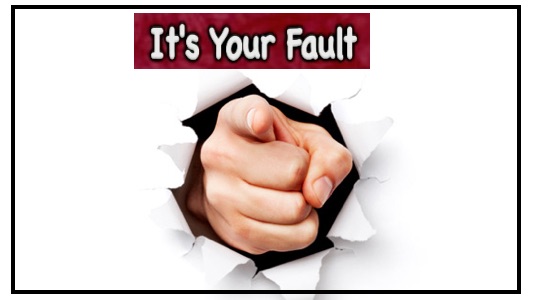 American consumers aren’t what they used to be — and that helps explain the plodding economic recovery. It gets no respect despite creating 14 million jobs and lasting almost seven years. [1] The great gripe is that economic growth has been held to about 2 percent a year, well below historical standards. This sluggishness reflects a profound psychological transformation of American shoppers, who have dampened their consumption spending, affecting about two-thirds of the economy. To be blunt: We have sobered up.

... What’s happening is the opposite of the credit boom that caused the financial crisis. Then, Americans skimped on saving and binged on borrowing. This stimulated the economy. Now, the reverse is happening. Americans are repaying old debt, avoiding new debt and saving more. Although consumer spending has hardly collapsed, it provides less stimulus than before. (A conspicuous exception: light-vehicle sales, which hit a record 17.4 million in 2015). [2]

... The surge in saving is the real drag on the economy. It has many causes. “People got a cruel lesson about [the dangers] of debt,” says economist Matthew Shapiro of the University of Michigan. Households also save more to replace the losses suffered on homes and stocks. But much saving is precautionary: Having once assumed that a financial crisis of the 2008-2009 variety could never happen, people now save to protect themselves against the unknown. [4] Research by economist Mark Zandi of Moody’s Analytics finds higher saving at all income levels.

... Whatever happens, the public and politicians should take note: This legacy of the Great Recession will endure. It has left a deep psychological scar that won’t soon heal. [6]

[1] — The current post-recession job growth has been far less impressive than that seen during the last half of the 1990s and the "Seven Fat Years" from 1982 to 1989, and workforce participation has retreated to levels last seen in the late-1970s.

[2] — There is some evidence of consumer caution in incurring revolving debt, but it's dwarfed by the mountainous increases in student loan debt (now at $1.35 trillion, up from $711 billion just seven years ago) and vehicle debt (up by $350 billion, or 50 percent, since mid-2010). Payments on these loans are clearly crowding out other spending.

[3] — The savings rate during the 1982-1989 Reagnomics boom was higher, and economic growth averaged 4.4 percent, or over double what we've seen since the recession officially ended seven years ago.

[4] — Sadly, there are more unknowns now than in the past. Obamacare-driven deductibles, not only in the Obamacare plans themselves but at employers who have had to increase their plans' deductibles to keep healthcare costs from putting them out of business, are forcing families to hang onto their money to cover medical emergencies. The proliferation of part-time and temporary work and the lack of meaningful wage increases have also led to cautious spending on discretionary items.

[5] — "Low interest rates aren't working" is a debatable statement. They are "working" to create a bubble in the vehicle-loan market which seems likely to burst, thanks to far too many loans to buyers with lousy credit. They aren't helping the housing market much because the factors raised in Item [4] are causing many Americans to stay put in their rental units or their parents' basements.

[6] — What is "enduring" is the "legacy" of malaise created by Obamanomics and the Federal Reserve's "quantitative easing." The "deep psychological scar that won’t soon heal" has everything to do with whether the government will ever stop doing seemingly everything it can, especially on the regulatory front, to slow the economy down.

Blaming the current slowdown on consumers, as the Washington Post's headline does, is the rough economic equivalent of saying that "the beatings will continue until morale improves." Translated into economics: "We're going to keep shoving our failed Keynesian strategies at you until you start to spend like you mean it."

Parting thought: There's no shortage of irony in seeing the paper owned by the CEO of the world largest online retailer getting on our case about not spending enough.