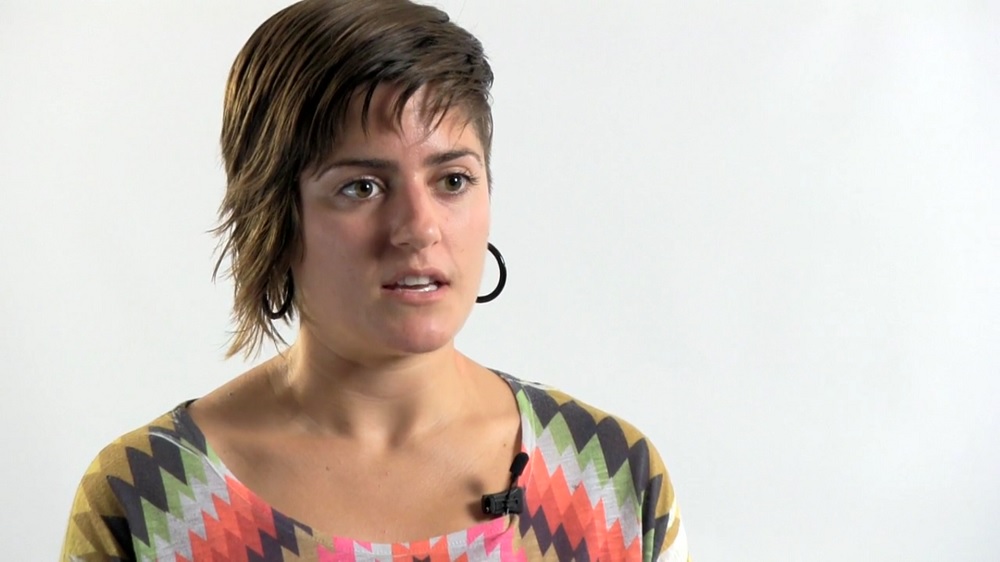 On Friday, Slate's Christina Cauterucci‏ bewailed a new iPhone app released by a pro-life organization as a "discomfiting invasion of privacy or a gigantic lie." The program helps pro-life activists pray for pregnant women who are considering abortion. Cauterucci‏ used the app as a jumping-off point to condemn the existence of crisis pregnancy centers and lament the New York Times' decision to publish two pro-life opinion pieces earlier in 2017.

The title of the staff writer's item oddly put scare quotes around the word "pray," indicating there was something more sinister about the app than making it easier to pray for a specific intention: "Bizarre App Lets Users Swipe Right to 'Pray' for Real Women Considering Abortion." She led her article by making light of the app's functions:

On Thursday morning...I helped save the lives of more than 100 human children. I achieved this remarkable feat during what might have been most productive 15 minutes of my lifetime, and possibly the most heroic use of an iPhone in recent history. With the help of an app developed by the anti-abortion Human Coalition, it was easy! I saved real-live babies from the clutches of money-grubbing abortion providers with just a couple dozen swipes of my right thumb, as if I were paging through Tinder....The organization, which calls abortion "the worst holocaust in human history"...runs crisis pregnancy centers (CPCs) in the Atlanta, Pittsburgh, Dallas, and Raleigh, North Carolina, metro areas...On the Human Coalition app, users can browse a feed that purports to tally real women who are engaging with these centers....

The app leads users to believe that these people ("abandoned and rejected women," according to the Human Coalition website) are on the verge of committing what the organization calls "mass murder." But with a simple left swipe, users can register a "prayer" for each woman, pushing her through divine intervention to reconsider. An "impact" tab records how many prayers a user has performed, how many babies she’s helped save, and how many total babies Human Coalition has saved since its founding....

Cauterucci also underlined that it's "not clear whether Human Coalition is tracking which real women each app user has prayed for, then updating that user's 'babies saved' tally if those specific women choose not to terminate their pregnancies. That is what the app promises, though, making this app either a discomfiting invasion of privacy or a gigantic lie."

Two paragraphs later, the author, who regularly contributes to Slate's XX Factor blog, gave her left-wing spin on the tactics of crisis pregnancy centers: "To those not intimately familiar with the tactics and language of the anti-abortion movement, CPC ads and websites are virtually indistinguishable from those of legitimate care providers. Women often visit these centers expecting medical care, only to find no doctors or nurses—just a free pregnancy test, a pamphlet full of misinformation about abortion complications, and, in at least one case, an ultrasound operator who mistakes an IUD for a fetus." She soon added by asserting that "like most CPCs, Human Coalition traffics in deception at every level."

Cauterucci then set up her criticism of the New York Times for printing two op-eds from the pro-life organization.

...[U]nlike most CPCs, this one has cajoled a mainstream media outlet into passing over the megaphone. In the span of less than three months this spring, the New York Times published two op-eds by Human Coalition leaders. One rejected the notion that reproductive autonomy is an essential contributor to economic justice...The other contended that feminism rests on the idea that "freedom can be bought with the blood of our preborn children," and that a better feminism would "reject the pressure to believe that killing our children and living full lives are mutually inclusive." Both op-eds battle straw men, contain misinformation...and function as free advertisements for Human Coalition."

The Slate writer contended that it "speaks volumes about the anti-abortion movement that the best representatives the Times could find work for an organization that claims Planned Parenthood has committed greater atrocities than 'the Jewish Holocaust' and that there is no difference between killing 'kindergartners and preborn children.'"

Cauterucci concluded her piece by hyping that "these beyond-the-pale views on women's health care come through in the Human Coalition 'baby-saving' app....[it] is a great example of how things that seem fine in the hands of good people—apps, customer conversion data, prayer—can turn sinister in the hands of those who believe nearly 1 million U.S. women become murderers each year."

In other words, how dare these "sinister" pro-lifers adopt modern technology to help end the industrial-scale slaughter of millions of innocent human life!