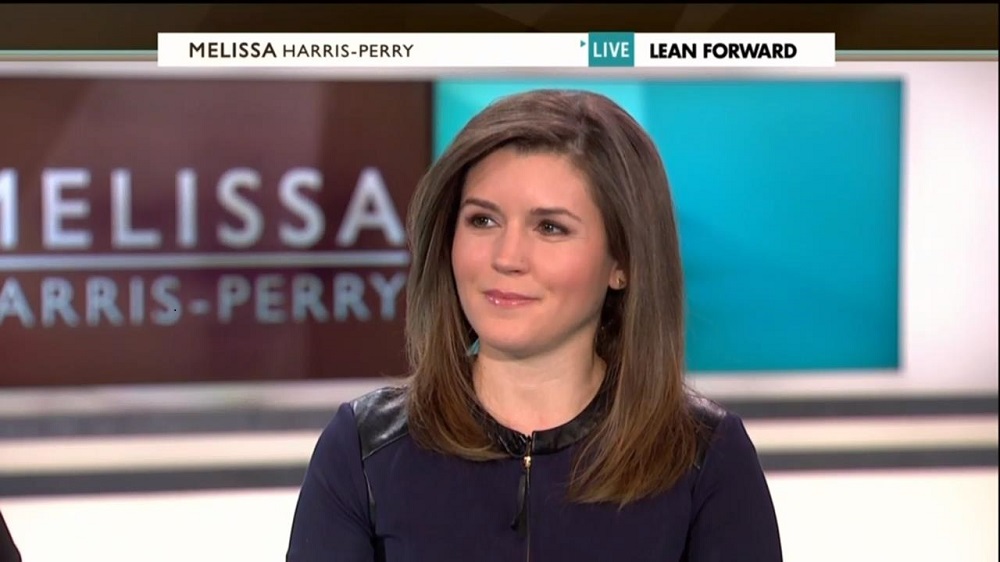 Jill Filipovic wildly claimed that "sex is about to get a lot less fun" in a Thursday op-ed on CNN.com. Filipovic pointed the finger at Donald Trump nominating ObamaCare opponent, Rep. Tom Price, to be HHS secretary, and claimed the move is "just one peek at what Trump's notorious misogyny will look like when it's translated into policy." The Cosmopolitan contributor zeroed in on ObamaCare's "provision that full covers contraception," and claimed that if the controversial law is repealed, many women would no longer be able to "enjoy recreational sex without suffering economically, professionally or medically from an unwanted pregnancy."

The title of Filipovic's editorial, along with its lead sentence, contained the over-the-top "lot less fun" statement about sex. She followed this by noting that "anti-abortion and anti-contraception" Rep. Price is also a "proponent of defunding Planned Parenthood, an organization that serves more than 2.5 million patients, many of them low-income, every year." The feminist writer, who received an award from Planned Parenthood for "media excellence" in 2015, continued with oft-used talking points about the abortion giant: "Birth control and STI testing and treatment make up the majority of services Planned Parenthood provides...Federal funding mostly goes to Planned Parenthood in the form of Medicaid dollars, which are set aside to provide health care for poor Americans, and that's who these funding cuts will largely affect."

Filipovic then outlined why, in her view, American women would have "a harder time getting contraception" with Rep. Price heading the Department of Health and Human Services:

Price suggests that birth control was perfectly affordable before the ACA [ObamaCare], and there simply were not American women who couldn't pay for it; he and I must hang out in different circles, because few women I know can comfortably shell out more than $1,000 at the gynecologist's office, especially when they're already paying for health care via their insurance plans....

...An increasingly large body of research shows that long-acting contraceptive methods, like IUDs, are the most effective at preventing unintended pregnancy, because unlike the birth control pill or condoms, they are less vulnerable to human error (a missed pill, a broken condom). But long-acting methods are also the most expensive, and the fact that so few women used them pre-ACA can be partly attributed to their cost. An IUD routinely costs between $600 and $900, and can be as much as $2,600....

Even if women rely on more affordable methods, like the birth control pill, they're still looking at a $50 a month payment without ACA coverage. That may not be much to the Trump women sporting $10,000 bangles or the patients Price sees in his tony Atlanta suburb, but to a single mother stretching every dollar to feed her children, or a first-generation college student taking out debt and paying her own tuition for a chance to claw into the middle class, $50 is not pocket change.

The left-wing columnist also played up how "certain forms of contraception combat painful fibroids or cysts; other women face life- or health-threatening complications from pregnancy and use birth control to prevent a condition that could kill or maim them." She added that "part of the role of government is to cultivate conditions for a healthy citizenry, and birth control falls squarely in that purview."

It should be pointed out that Filopovic failed to mention other "health-threatening complications" in her write-up: the side effects and risks to using many forms of birth control. Hundreds of lawsuits have been filed in recent years involving one popular form of the IUD, after thousands of women suffered adverse reactions to the product. Some liberals are also finally acknowledging the link between hormonal forms of birth control and depression, along with the problematic (to say the least) modern history of contraception.

Filipovic's full radical feminist colors emerged later in her op-ed piece, when she be basically accused conservatives/Republicans of wanting to deny women the "right" to have recreational sex:

...[D]espite its efficacy at preventing abortion, not a single national pro-life organization supports broader contraception access. That's because at its heart, hostility to birth control coverage, Planned Parenthood, and abortion rights aren't about "life" or "religious freedom" or any other right-wing buzzwords. Price and pro-life advocates like him easily disregard the health benefits contraception brings because they care more about women having sex than they do about women being healthy....As a consequence of having control over our fertility, women around the world have seen our rights and status skyrocket....more of us are [also] able to have sex without the anxiety of pregnancy, to enjoy the unique and fundamentally human pleasure that sex creates, and to tend to our relationships without the interruption and emotional devastation that an unintended pregnancy can bring. This makes women, men and children happier. It makes our relationships and our marriages stronger. It makes us better mothers and fathers. This, too, is an enormous gain, and a moral, social and political good.

These things -- good health, strong relationships, healthier children, pleasurable experiences -- should be on offer for all women, not just those who can afford to plan their pregnancies. But the future of women's health under President Trump, and HHS Secretary Price, looks grim: Price's plan turns sex for pleasure into a luxury item and puts our health at risk. And it sends women a clear message: That partaking in a full range of human enjoyment and physical experience isn't for us, and that we exist instead to reproduce.

The Cosmopolitan writer concluded that the Price nomination shouldn't come as a surprise, as "Trump's own behavior implies our role as women is to be professional beauties he can ogle and rate onstage, or simply bodies he can grab if he feels like it. Women's sovereignty over our own bodies, let alone our pleasure, has never seemed to matter to Trump, personally, professionally or politically."