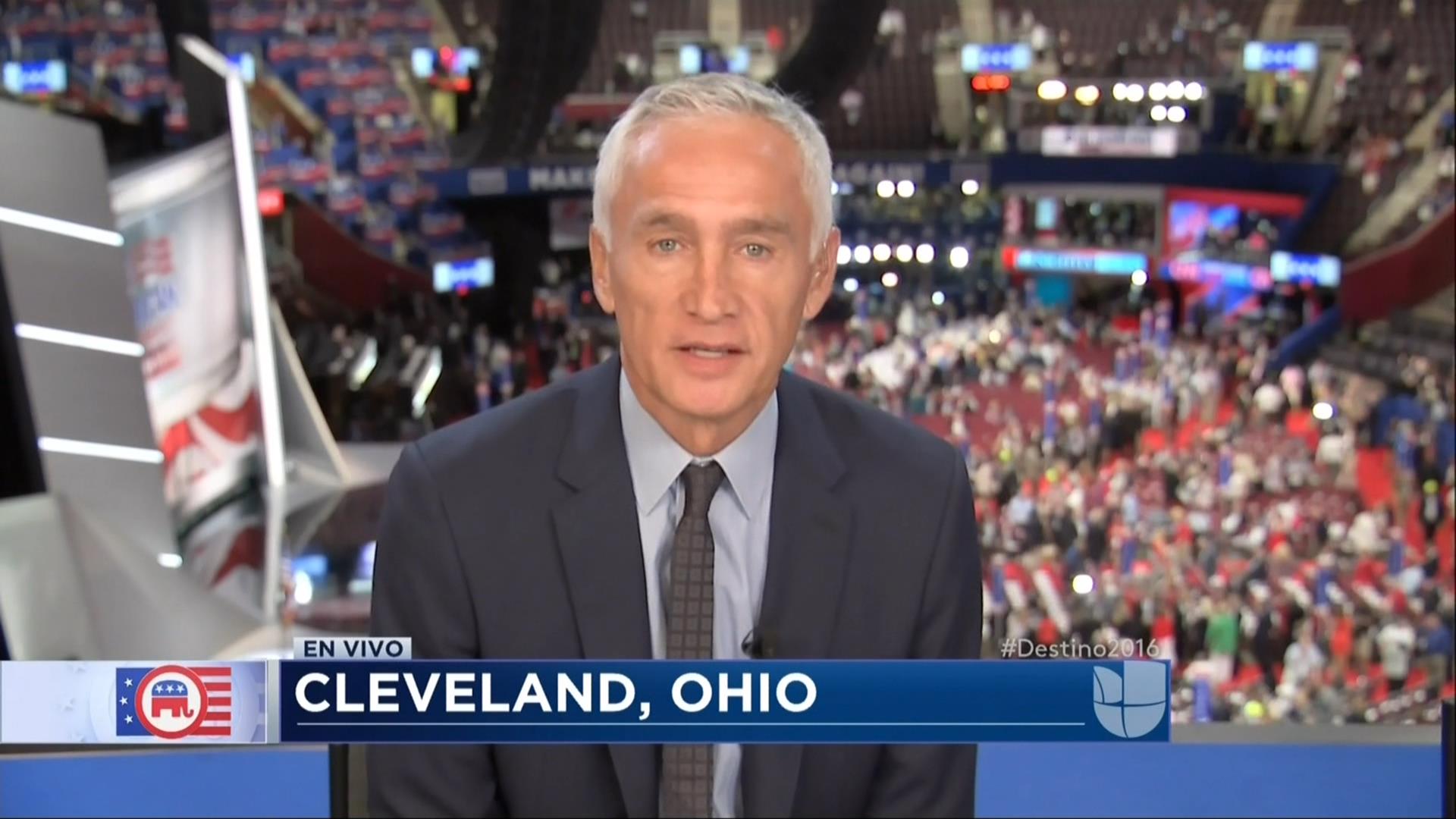 Jorge Ramos' latest column clarifies and brightens a formerly blurry line between journalism and advocacy; between neutrality and partisanship, tacitly endorsing Hillary Clinton for President in the process.

To my knowledge,the Univision/Fusion star is the only national network anchor with a binational weekly column, running first in Mexico city's Reforma before publication across Univision's platforms. To be clear, Ramos has been anti-Trump from the outset of his candidacy, but any reasonable analyst could have attributed that to nothing more than a business-interest bias towards immigration policy. Recall that it was MRC Latino that broke news of his speech at Harvard, in which he stated that domestic Spanish-language media would continue to grow so long as there was a flow of 1-2 million immigrants a year, legal or otherwise, of which the majority spoke Spanish.

However, his latest column, titled "The Summer Of Hate", finally crosses the Rubicon into an (implicit) endorsement of a candidate. Ramos quickly identifies the "primary force" behind this "hate wave" two paragraphs into the column:

The primary driving force of this hate wave has a name and an all-too-present face: Donald Trump. For more than a year, he has put hatred and divisiveness up front in his presidential campaign. We know the facts: Trump has labeled Mexican immigrants as rapists and criminals and suggested banning Muslims from entering the country. He has mocked a reporter with a disability, belittled Sen. John McCain’s years as a prisoner of war and refused to apologize for making blatantly sexist comments about women.

Trump is a hater. I’ve never witnessed such venom in American politics as in his campaign. Undoubtedly many of his followers believe that if their candidate can attack people, they can too. The result is a poisonous political climate where insults, bullying and racism have become commonplace.

This much, at least, is in line with Ramos' utterances ever since Donald Trump glided down the escalator at his eponymous Midtown tower and announced his candidacy for the presidency of the United States. But then the column goes off the rails (as Ramos columns often do), conflating Trumpism both with police shootings and with the subsequent shooting of police - as if none of this ever happened prior to Trump's announcement.

Such willful suspensions of disbelief and linking of unrelated events to the pushed narrative are as critical to a Ramos column as the Ph.D cabbie, China, and "interconnectedness" are to a Tom Friedman column. In Ramos' case (when writing about domestic politics), it's race, hate, immigration, and Republicans - just check off the boxes as you go.

But after his post-racial filler, Ramos closes out with the 'With Her' portion of the column:

No, we’re not living in a post-racial era, and I’m afraid that our summer of hate will linger at least until Election Day in November. I don’t see any indication that divisive attacks will decrease—on the contrary, as the election approaches, they might intensify.

It is now clear that the first-question indictment beanball that Ramos threw Clinton at the Miami debate was little more than cover for his book release media tour. "See? I can ask tough questions of Hillary, too." In hindsight, one can also look back and say that Ramos was always going to be in the tank for Clinton - especially after vanishing while the FBI and the DOJ did their e-mail two-step.

After 30 years on the anchor desk, Jorge Ramos is who he is. Regardless, it is unprecedented for a national nightly news anchor to pen an opinion column featuring a tacit endorsement of a presidential candidate - regardless of party.

Given Univision Chief News Officer Isaac Lee's "Nazi" characterizations of the network's ideological opponents, it is unlikely that Ramos will face any consequence for his political advocacy. That doesn't exempt Univision from scrutiny, especially if it expects to continue to be taken seriously going forward, both as ratings leader and as a news organization.