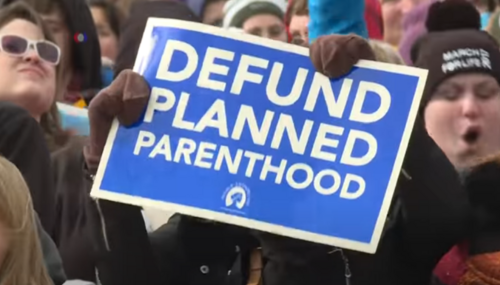 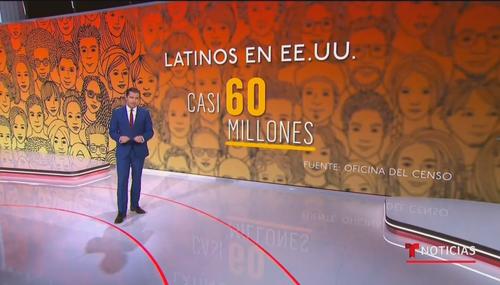 Latino
Kathleen Krumhansl
July 11th, 2019 3:27 PM
Telemundo and Univision combined to spend almost five minutes reporting on the findings of a new Pew Center study regarding the growth of the Hispanic population in the United States. Appropriate coverage, one might say, for the nation’s leading news purveyors to the aforementioned segment of the population that, according to both reports, hit the 60 million mark. 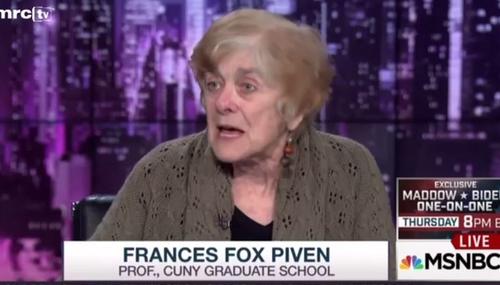 Clay Waters
May 13th, 2019 1:15 PM
The veteran radical leftist Frances Fox Piven serves on the board of the Democratic Socialists of America. She tried to overload welfare roles while encouraging urban riots (and is still advocating them) on the road to a socialist revolution. The New York Times has a history of being kind to Communists and fellow travelers, so no surprise that New York Times reporter Alex Traub treated the NYC… 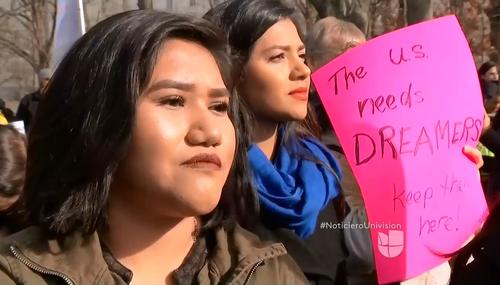 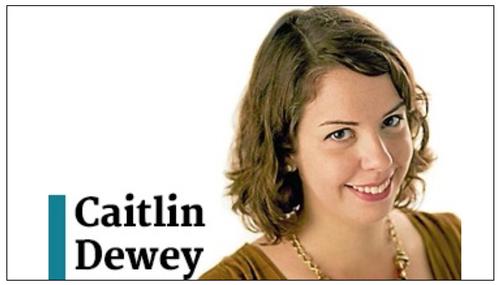 Tom Blumer
March 17th, 2017 11:31 AM
A Wonkblog item at the Washington Post about immigrants who have been receiving food stamps allegedly deciding to cancel their enrollment has been sharply criticized for a headline change which occurred a short time after the entry went up. It was: "Immigrants are now canceling their food stamps for fear that Trump will deport them"; now it's "Immigrants are going hungry so Trump won't deport… 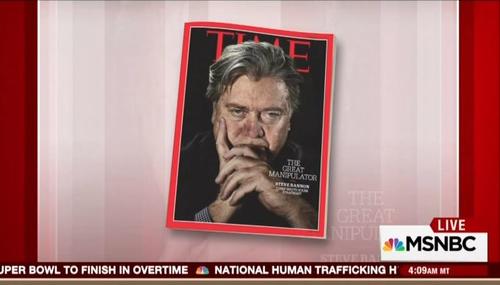 Alexis Thomasi
February 7th, 2017 1:40 PM
On Monday morning, the hosts of Morning Joe discussed the current cover of Time magazine, which features Trump’s Chief Strategist, Steve Bannon. The conversation was prompted by Joe Scarborough, who discussed the allegations made in The New York Times that Trump did not realize his executive order had given Bannon more power. Walter Isaacson, CEO of Aspen Institute and former Time magazine editor… 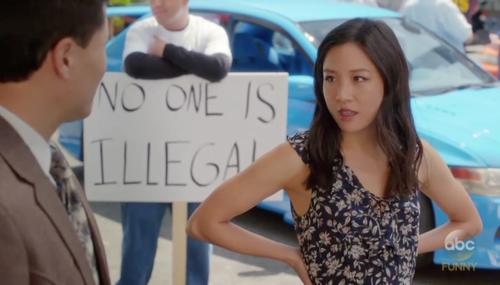 'Fresh Off the Boat' Lectures: ‘Country Founded By Illegal Immigrants'

Culture
Alexa Moutevelis
November 2nd, 2016 3:22 AM
Fresh Off the Boat just abandoned all pretense of being a fun family comedy to deliver its viewers a stern lecture on illegal immigration. In Tuesday's episode “Citizen Jessica,” Jessica Huang (Constance Wu) fully supports Florida’s Proposition 187, which seeks “to end illegal immigration by putting up a wall of Border Patrol agents on our shore.” 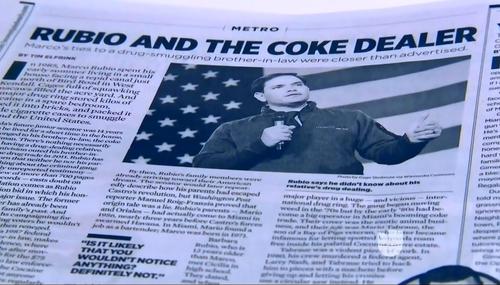 Latino
Jorge Bonilla
October 28th, 2016 3:25 PM
Univision's news division is nothing if not laughably predictable. As sure as the day is long and the Sun rises in the east, this election cycle was not going to pass without Univision News finding a way to reignite its war with U.S. Senator Marco Rubio (R-FL). 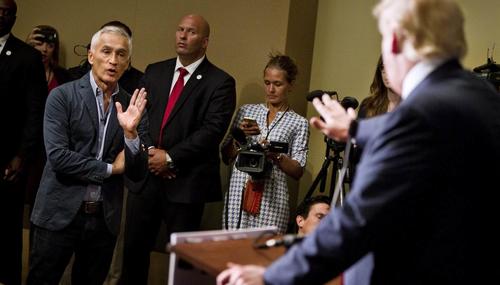 When Was Neutrality Ever Really 'An Option' For Jorge Ramos?

Latino
Jorge Bonilla
August 25th, 2016 12:06 PM
If these "Stuff Jorge Ramos Says" posts seem repetitive, it is because it is unprecedented for a national news anchor to go on the record with his opinions of a presidential candidate (published on multinational platforms), because the establishment media has aided and abetted this break with longstanding tradition, and because it is important to create preserve -consistent with the mission of… 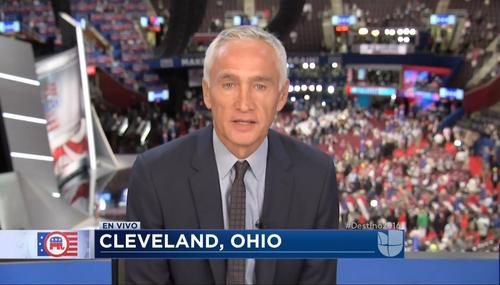 Jorge Bonilla
July 21st, 2016 9:52 AM
Jorge Ramos' latest column clarifies and brightens a formerly blurry line between journalism and advocacy; between neutrality and partisanship, tacitly endorsing Hillary Clinton for President in the process. 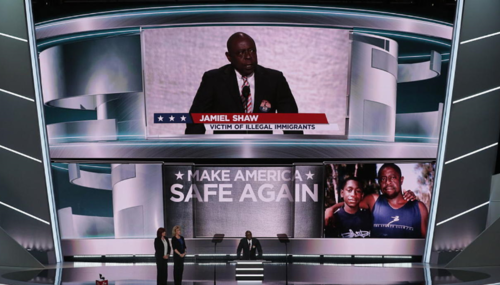 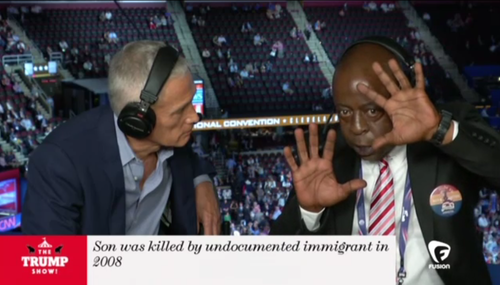 Latino
Jorge Bonilla
July 20th, 2016 8:00 AM
Seldom will you see such a clear case of advocacy journalism as this: Jorge Ramos pitching comprehensive immigration reform to the father of a young California man murdered by an illegal immigrant in 2008, just three doors down from his home. But this is exactly what Fusion viewers saw last night as part of the Univision affiliate's coverage of the Republican National Convention in Cleveland. 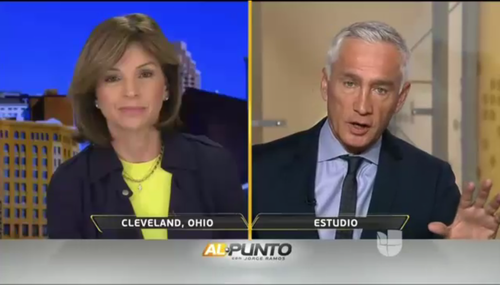 Latino
Jorge Bonilla
July 18th, 2016 9:24 AM
Former Univision News analyst and Univision America radio host Helen Aguirre-Ferre appeared on Sunday's Al Punto, in what was her return to the program since joining the RNC as Director for Hispanic Media. Her interview with host Jorge Ramos went pretty much as expected.