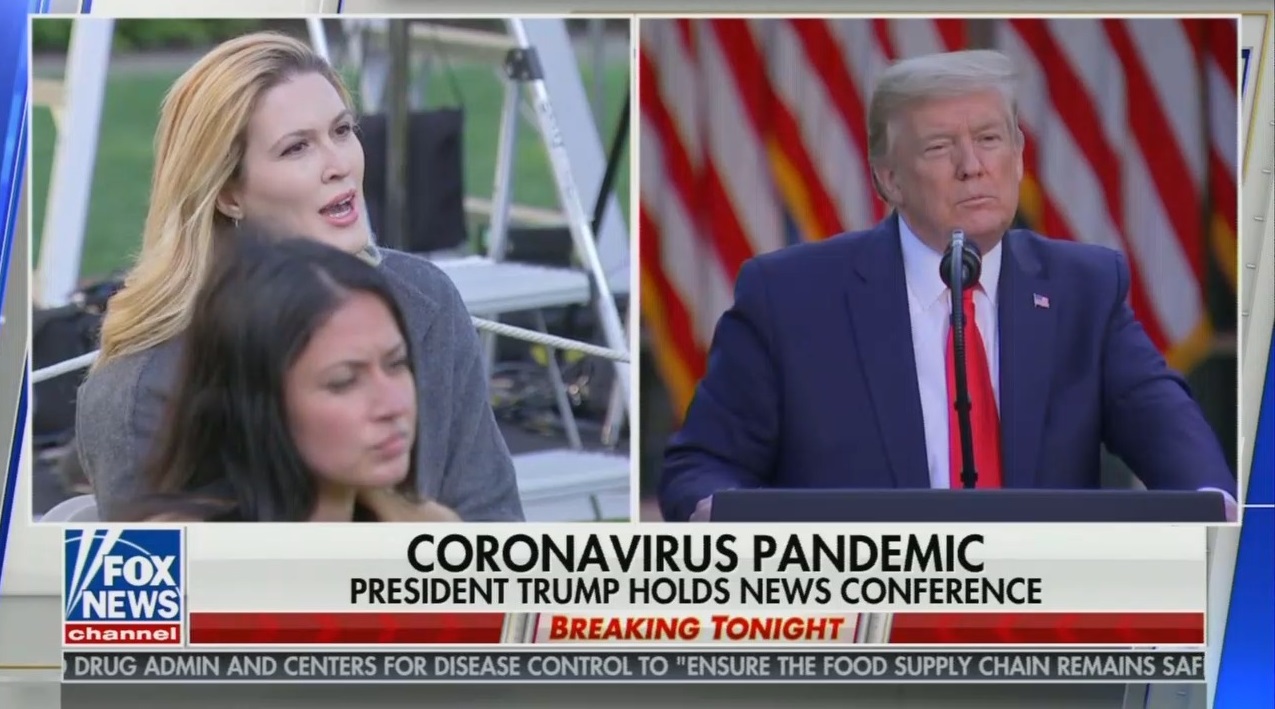 “Delusional” Donald Trump is “not well” and Republicans will be remembered as “villains” for not stopping an “unstable” President who is “inciting violence” and is responsible for more American deaths than the Vietnam war. These are just a few of the absurd assertions made by lefty journalists in the last couple of weeks of coronavirus crisis coverage.

From MSNBC host Joe Scarborough questioning the President’s fitness to lead to New York magazine’s Olivia Nuzzi’s trollbait of a question at a White House briefing, the following is a Top 10 list of the most outrageous attacks by journalists on Trump and Republicans during the pandemic:

10. “Americans Dying Every Day” Because Trump Is “Not Well”

9. What Many Journalists Secretly Think?

“I don’t want an investigation. I want a coronation of Joe Biden. Would he make a great president? Unlikely. Would he make a good president? Good enough. Would he make a better president than the present occupant? Absolutely. I don’t want justice, whatever that may be. I want a win, the removal of Donald Trump from office, and Mr. Biden is our best chance. Suppose an investigation reveals damaging information concerning his relationship with Tara Reade or something else, and Mr. Biden loses the nomination to Senator Bernie Sanders or someone else with a minimal chance of defeating Mr. Trump. Should we really risk the possibility?”

“[Donald Trump] helped create this landscape that has made it necessary for Joe Biden to take seriously and treat seriously these allegations by Tara Reade….Here’s another great unfairness politically….For Donald Trump, these [sexual harassment] accusations did not cost him his brand, which is ‘I can get things done. I can stand up for American interest. I’m not afraid to be politically incorrect.’ Joe Biden’s brand is ‘I’m a decent human being. I’m an empathetic man.’ And so these [Tara Reade’s sexual assault] accusations go to something that’s more central to Joe Biden’s appeal than in the case of Donald Trump.”

7. America “At the Mercy” of “Delusional, Unstable” Trump

“The question for the press and all Americans and the senators and the congressmen that needs to be raised is, are we at the mercy of a delusional, unstable President, at the moment that we have lost more lives than in any events since World War II? And what are the prices that we are paying for a President who is more concerned with his re-election efforts, with attacks on the press rather than addressing through fact this horrible medical crisis that is afflicting this country and the world through sensible decision making instead of tirades.”

5. Trump a “Danger” to the GOP, America and the World

“Do you think, finally, that this President is a danger to the people of the United States and to the world? Certainly one of your former colleagues — Senator Jeff Flake, a Republican himself of Arizona — has said that he thinks so. And he thinks a sound defeat — not just a defeat, a sound defeat of the President in November is vital to save not just the country, but also the Republican party. What do you make of that?”

Co-host Joy Behar: “Why are you bringing guns to a rally? You want to call yourself protesters, leave your guns home. Those are terrorists who bring guns to things.”...

Co-host Sunny Hostin: “What really disturbed me was the President’s tweets, you know, you have the President saying things like, ‘liberate Virginia’ and then also in the same sentence, bringing up the Second Amendment, and to Joy’s point, you know, you saw protesters with guns, and I think, you know, he’s in a sense, implying an incited, insurrection….I think the argument can be made that he is inciting violence by these tweets.”

3. Republicans Will Be Remembered as “Villains”

“Republican leaders need to acknowledge the reality of the situation. They need to intervene. They need to convince President Trump to defer to the experts and focus on the needs of not his ego but the sick and the dying and the people trying to care for them. There is going to be a history of this era written. And those who are pretending this irresponsibility is not happening, they will be remembered as villains.”

— Host Jake Tapper on CNN’s State of the Union, April 26.

“Donald Trump ran for the President of the United States on two propositions. One: ‘I alone can fix it,’ and, two, ‘I’m going to make America great again.’ Well, it’s three years on, we’re slightly under 200 days from the election, more than 40,000 Americans are dead — this didn’t have to be so….The ineptitude of the federal government shows everybody around the world — from ally to adversary — what a clown show American governance has become in the third decade of the 21st century.”

“If an American president loses more Americans over the course of six weeks than died in the entirety of the Vietnam war, does he deserve to be re-elected?”