Late Monday night, the group Eagle Forum released a statement that its founder, the Christian and conservative icon Phyllis Schlafly, had passed away at the age 92. Immediately, The New York Times published a story to serve as cue cards for the major broadcast networks to blast Schlafly for stymying the Equal Rights Amendment and advocating for conservative principles and traditional family values for decades.

At the same time, others used the initial moments after the announcement to hurl venom that only the left could summon in reveling at her passing. From actors to journalists to regular users, the hatred of the winner of the 2015 William F. Buckley Jr. Award for Media Excellence from the Media Research Center ranged from glee to touting their homosexuality in opposition to her family values to sick, X-rated scenarios involving Ronald Reagan and Antonin Scalia for Schlafly in the afterlife.

At one point, a simple tweet from this writer calling out the hostility drew user to threaten that he’d find her so he could “feed her body to a big pelican” and eventually draw nearly 50 “likes” on Twitter:

New York Magazine-owned Vulture writer Mark Harris was one of the first lefties on the scene, proclaiming: 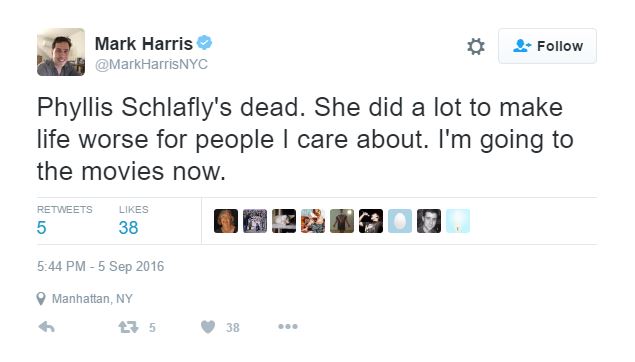 The leftist trolls soon followed suit with claims that it’s “a pity” “there is no hell” for her while another announced he will “honor” her by “making out with my gay boy friend and voting for a woman president.” 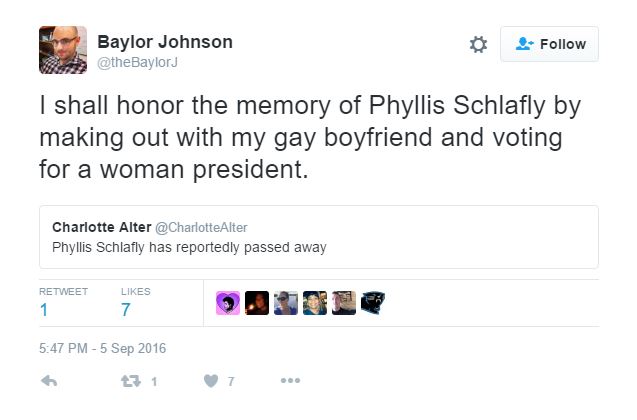 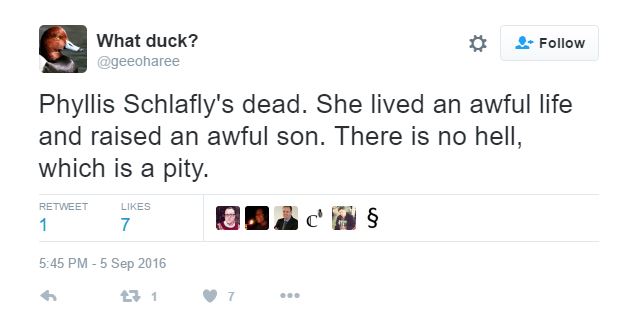 The Guardian journalist Zack Budryk picked up his own torch and pitchfork with the liberal masses as he joked that she had her children help her commit suicide at the possibility of Hillary Clinton becoming president:

Here are a few other of the tweets that simply speak for themselves: 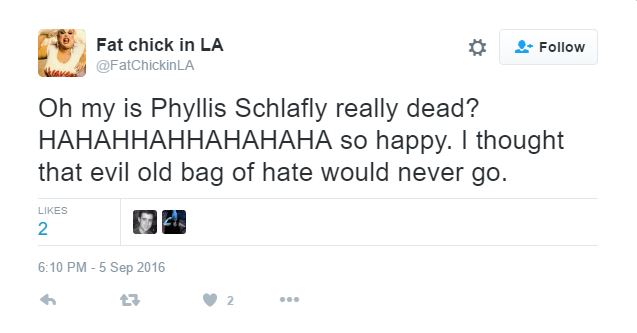 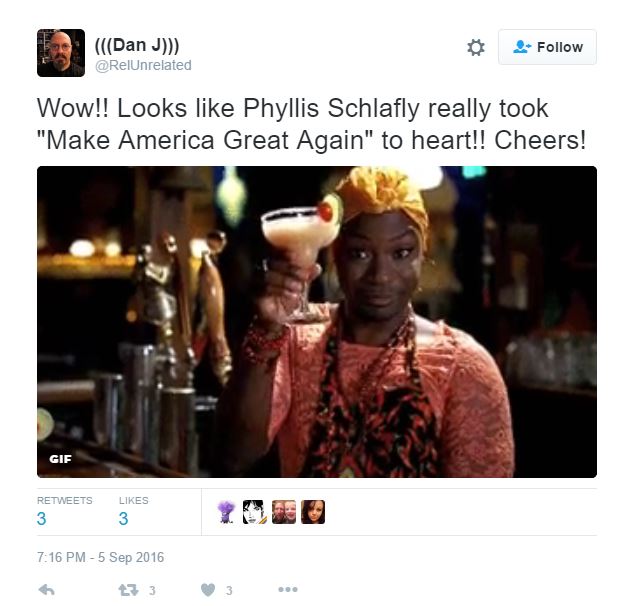 TED Talks social media staffer Ella Dawson and actress Julie Klausner sought to spin Schlafly going to be with the Lord as retribution for the passings of David Bowie, Prince, and Gene Wilder in 2016: 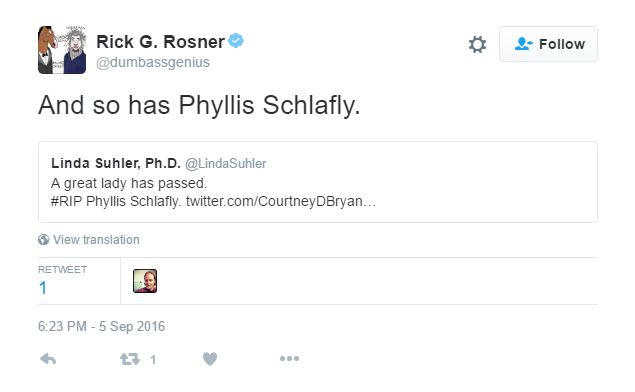 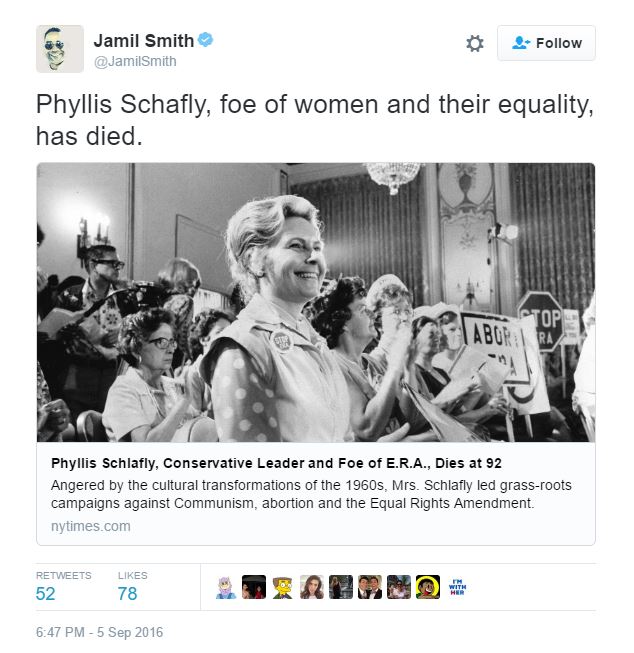 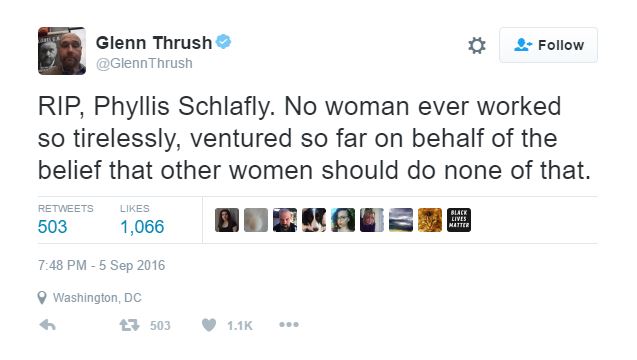 In contrast, there were a litany of tributes from figures who actually had the dignity to offer their memories, prayers, and thoughts for Schlafly that included Media Research Center president Brent Bozell, The Blaze host Dana Loesch, Townhall's Katie Pavlich, and The Resurgent's Erick Erickson. Bozell's tweet can be found below: 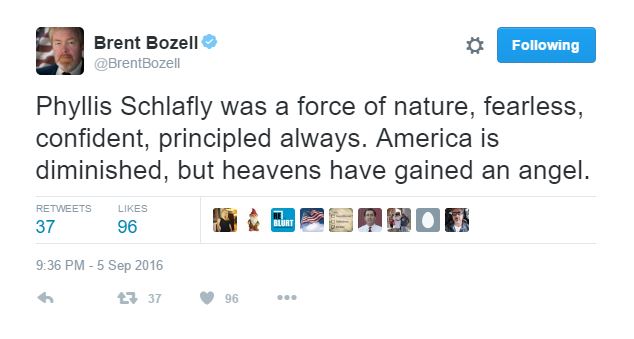