Twitter’s abuse of the sensitive content filter is another form of censorship and the company uses it a huge amount. Twitter deployed it to reduce the reach and engagement of at least 350 conservative accounts in the past year.

That tally comes from the Media Research Center’s CensorTrack.org. That’s likely only scratching the surface, given the amount of content on Twitter. 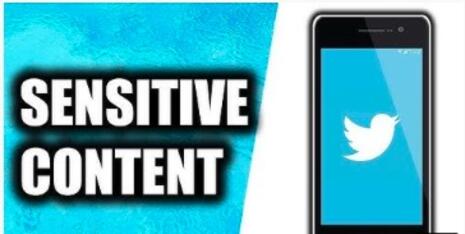 While Twitter has not released information on how the use of the sensitive content filter restricts engagement, Facebook has said that the use of similar interstitials has reduced user clicks by 95 percent. Not only has Twitter been guilty of misusing the sensitive content filter by applying it to undeserving content, it has also been guilty of filtering the majority of content from certain accounts.

Conservative and pro-life accounts constitute an overwhelming number of impacted accounts. Accounts such as Pro-Life Action League and Project Veritas founder James O’Keefe are targeted on a regular basis. Ryan T. Anderson’s heavily censored book questioning transgender ideology added a sensitive content filter to the list of ways it was censored. Even Tim Tebow and Goya fell prey to Twitter’s abuse of the filter.

Twitter’s sensitive content policy explains that some content, including “excessively gory,” “violent or adult content,” “sexual violence and/or assault” is not permitted in “live video or in profile header, or List banner images.” It explains that while some content shared within tweets may contain “violent and adult content” or other “sensitive topics,” these should be covered with sensitive content filters in order to help “people who want to avoid it to do so.”

Pro-Life Action League is one example of a potentially flagged account. Most of the media that it tweets has been labeled as sensitive content. Specific incidents have included images from a booklet that discussed links between social programs and abortion, a call for donations on “Giving Tuesday,” a link to learn about Christmas caroling events, and even a Lenten call to pray for President Joe Biden and Vice President Kamala Harris. In another example, Twitter censored the link to a USA Today opinion piece when Pro-Life Action League tweeted it directly, but it was not censored when the group retweeted the same link. 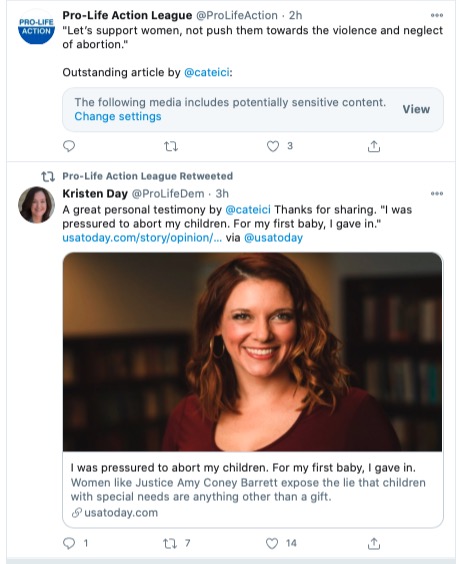 There have been numerous examples of Twitter applying a sensitive content filter to undeserving tweets. A video of Rep. Jim Jordan (R-Ohio) criticizing “cancel culture” was censored with the filter, as was the cover of Ryan T. Anderson’s book When Harry Became Sally: Responding to the Transgender Moment. Guerrilla journalism outlet Project Veritas and its founder James O’Keefe have received the sensitive content filter multiple times, including for a video from an alleged Salesforce meeting, a Facebook investigation, a video rebutting a fact check, and most recently, a video from inside an immigrant detention center during President Joe Biden’s administration.

Former NFL quarterback and Christian icon Tim Tebow has had his faith-based messages censored with a sensitive content filter on at least two occasions. The Media Research Center’s MRCTV received the same treatment on a video of a New York City Community Education Councilwoman melting down over her white colleague holding a friend’s black nephew, calling him a racist over it.

MRCTV also received a sensitive content warning on a video showing Students for Life protestors being arrested for chalking the street in front of a Planned Parenthood clinic. Team Trump’s Twitter account got the same warning on a pro-life video they shared as well.

Twitter applied the sensitive content filter on a photo of then President Donald Trump and first lady Melania Trump posing with NASCAR driver Hailie Deegan before the Daytona 500, in one of two of the most head-scratching instances of censorship using the filter. The other instance involved two photos of Goya products receiving the filter. One was simply a photo of some Goya adobo seasoning on a grocery store shelf. The other was a photo of a can of Goya black beans with a MAGA hat on it. It is unclear what could possibly be sensitive about any of these photos.