Is Twitter’s leadership offended by babies and young families?

Twitter’s warning used to keep viewers from unknowingly seeing inappropriate videos was censoriously applied to a Trump campaign pro-life promo. With Trump’s speech today, he became the first sitting president in American history to attend the March for Life, and his pro-life campaign video appeared to have been given an erroneous label/restriction by Twitter. 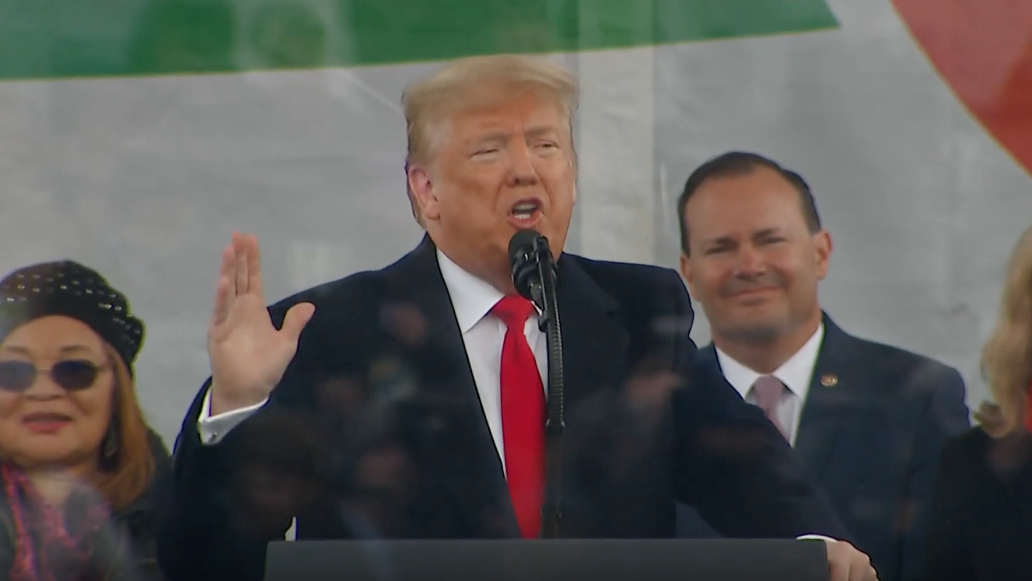 In the video, Trump espoused his commitment to the pro-life cause:

“Under my administration, we will always defend the very first right in the Declaration of Independence and that is the right to life.”

Twitter reportedly labelled the video with a “sensitive content” warning, suggesting it may contain offensive or potentially graphic imagery, despite the fact that it merely showed conventional imagery of babies, political candidates, and marches.

“[Y]ou can’t include violent, hateful, or adult content within areas that are highly visible on Twitter, including in live video, profile or header images. If you share this content within Tweets, you need to mark your account as sensitive. Doing so places images and videos behind an interstitial (or warning message), that needs to be acknowledged before your media can be viewed. Using this feature means that people who don’t want to see sensitive media can avoid it, or make an informed decision before they choose to view it.”

The Trump campaign responded by posting the video again, and tweeted: “This is the video @Twitter is trying to censor. It'd be a shame if we kept retweeting it.... #StopTheBias #WhyWeMarch”

Donald Trump Jr. chimed in also, saying, “So it appears that @jack and @twitter seem to think that a Trump campaign video with a pro-life message is ‘sensitive material,’” which was followed by eye-rolling emojis and the hashtag“#StopTheBias”

Donald Trump Jr.’s tweet included screenshots that showed @TeamTrump tweets labelled with the following warning: “This Tweet may include sensitive content.” Another screenshot attached to the same tweet stated: “In order to view it, you’ll need to change your sensitive media selection. You can find this under the Safety section of your Privacy and safety account settings.”

According to The Washington Free Beacon, “A spokeswoman for Twitter said the video was flagged ‘in error’ and the settings have since been changed.”