NASCAR star Hailie Deegan posed for a picture with President Trump and first lady Melania Trump at the Daytona 500 on Feb. 16. After she posted it to Twitter, some of her followers noted that the photo was covered by Twitter’s “sensitive content” filter. Memer and influencer Carpe Donktum (known for his memes that have been retweeted by Trump) tweeted a screenshot of Deegan’s post as it appeared on his feed. 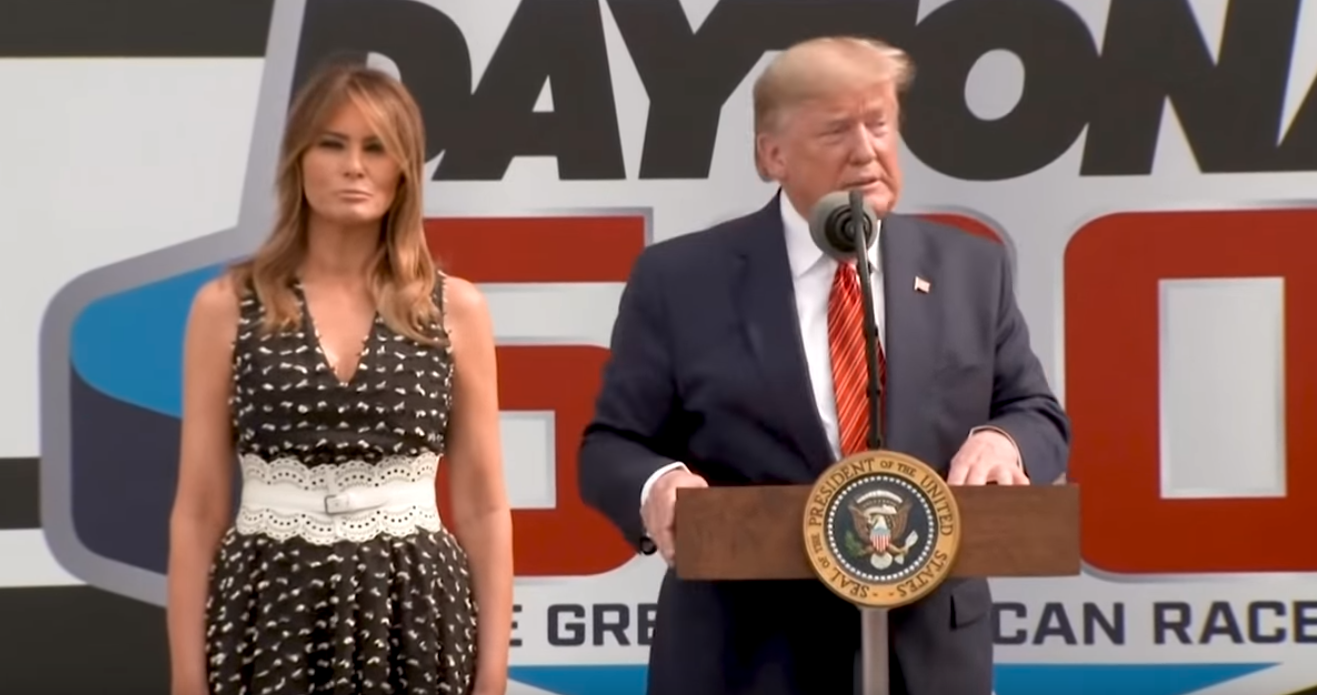 “The following material may contain sensitive material,” read the caption on the filter. Twitter’s policy about sensitive material does not make sense in the context of the photo. The company’s policies on “sensitive media” state that the categories of media that may be classified as sensitive include graphic violence, adult content, violent sexual conduct, gratuitous gore, and hateful imagery.

If users on Twitter want the ability to log in and see what the company considers “sensitive,” they must go to their Privacy and Safety settings and enable their accounts to “Display media that may contain sensitive content.”

One Twitter user wrote, “I had to change my settings, that’s BS.” Other Twitter users noted that the image was filtered out for them as well.

Donktum captioned his screenshot with the words, “Twitter has marked this picture as ‘sensitive’ because they hate America.” In a statement made to MRC Techwatch, Donktum said, “Many of my videos are marked sensitive within minutes of posting. I keep my Twitter account set to hide sensitive content so that I can see what they are hiding, many people have no idea that their tweets are being hidden. This new tactic is the equivalent of making a user jump through hoops before they can retweet or like the content, while also scaring people about what it might be.”

Twitter seems to be following along with the general liberal media attitude toward Trump’s visit to the Daytona 500. “Stroll through the Daytona infield and fans can grab a seat next to President Donald Trump and get a sweet taste of impeachment,” wrote the Associated Press.