On Tuesday evening, the CBS Evening News with Scott Pelley was the only broadcast network newscast to have any coverage of the upcoming midterm elections, which are four weeks away from Tuesday.

While that was the case, the just over two-minute-long segment wasn’t free of liberal bias, as it criticized Republican candidates for running ads on the issue of fighting the Islamic terrorist group ISIS since President Obama “does have a strategy now” for confronting the group in Iraq and Syria. [MP3 audio here; Video below]

Anchor Scott Pelley began by telling viewers that “ISIS has worked its way into the congressional elections” that are “just coming up four weeks from today” and then introduced CBS News congressional correspondent Nancy Cordes to report on “some campaign ads that are getting a lot of attention.”

After playing a number of Republican ads, Cordes stated that: “In ad after ad, Republicans fault the President and, by extension, Democrats in Congress for allowing ISIS to grow unchecked.”

After showing another GOP ad, Cordes objectively pointed out that subject is “a potent argument for outsiders” considering a new CBS News poll found that 36 percent of Americans believe the policies of the Obama administration “have made the country less safe from terrorism” and 77 percent said Congress fairly or poorly assessed the ISIS threat.

When she wrapped up her story, however, Cordes resorted back to going after Republicans. She said that the President’s admission in August that he didn’t have a strategy for dealing with ISIS “opened the door for attacks by Republicans,” but now is “a tricky campaign issue” at this stage of the campaign because “he does have a strategy now, and it’s one a majority of members of Congress from both sides say they support.”

Cordes’s panning of Republican ads that criticize President Obama on ISIS provides another example a double-standard in the liberal media, as droves of Democratic candidates aired ads on the Iraq War to bash then-President George W. Bush and Republicans ahead of the 2006 midterm elections (in which Democrats swept both the House and Senate).

On the day after the 2006 midterms, a Washington Post article cited numerous incumbents that were defeated by challengers after successfully linking them to the war taking place in Iraq. Writing for the Post at the time, Michael Grunwald highlighted how “Iraq especially seemed to sour the environment for Republicans in the Northeast” and said the election overall:

[W]as much more than a referendum on the war, but bad news from Baghdad gave Democrats a powerful argument for change, and a metaphor for a “rubber-stamp Congress” that wants to “stay the course” in America as well as Iraq.

Additionally, analyses of campaign ads that centered around criticism of Bush and the GOP on the Iraq War were done by National Public Radio (NPR) and The New York Times in the weeks leading up to the election and, not surprsingly, offered no such criticism of them being out of place. An analysis done by the Times on September 17, 2006 gushed over the anti-Bush campaign strategy:

The emergence of this recurrent theme in Democratic advertising is not a coordinated push by the legions of consultants, party leaders, campaign managers and candidates. Democrats said using advertisements involving Mr. Bush was almost an obvious thing to do, given his lack of popularity, and reflects the effort by many in the party to turn this election into a national referendum on Mr. Bush.

The full transcript of the segment that aired on the October 7 edition of the CBS Evening News with Scott Pelley is transcribed below. 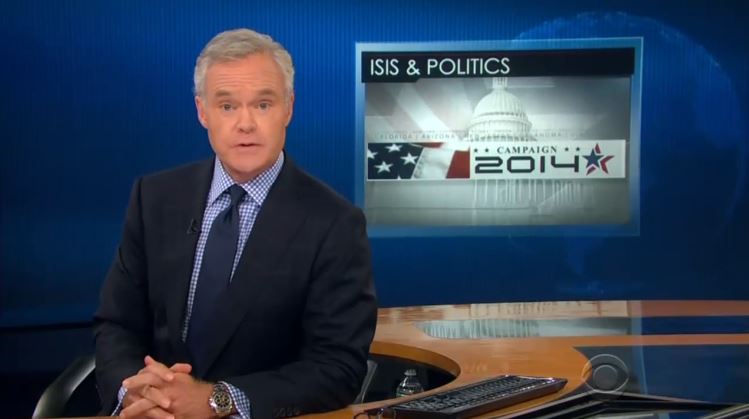 SCOTT PELLEY: ISIS has worked its way into the congressional elections, too. They're just coming up four weeks from today. Nancy Cordes tells us about some campaign ads that are getting a lot of attention.

NARRATOR IN WENDY ROGERS FOR CONGRESS AD: Are we secure? Are we protected?

CORDES: The ad was released yesterday by an Arizona Republican running for Congress named Wendy Rogers. It opens with video of American journalist James Foley just before he was beheaded.

CORDES: A Democratic spokesman called the ad “reprehensible” and accused Rogers of using “footage of an American tragedy for political gain,” but the Rogers campaign argued it was only using current events to show differences between the candidates, like several other Republican challengers have done.

CORDES: In ad after ad, Republicans fault the President and, by extension, Democrats in Congress for allowing ISIS to grow unchecked.

SCOTT BROWN [IN AD]: President Obama and Senator Shaheen seem confused about the nature of the threat. Not me.

CORDES: It's a potent argument for outsiders. In today's CBS News poll, 36 percent of Americans said the Obama administration's policies have made the country less safe from terrorism. 77 percent of respondents said Congress did only a fair or poor job assessing the ISIS threat. Anticipating such attacks, some incumbent Democrats, like Colorado's Senator Mark Udall, have released their own ads.

NARRATOR OF MARK UDALL AD: Intelligence Committee member, Chair of the Committee on Strategic Forces, determined to defeat ISIS with full support for American airstrikes in Syria and Iraq. 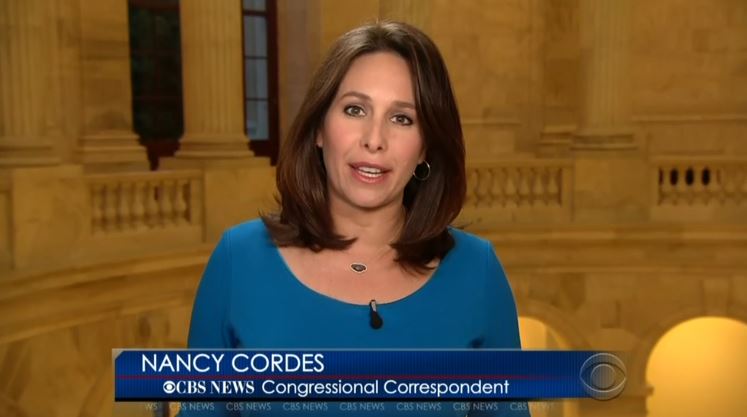 CORDES: The President opened the door for attacks by Republicans on this issue, when he admitted back in August that the U.S. did not have a strategy for taking on ISIS in Syria, but what makes this a tricky campaign issue, Scott, is that he does have a strategy now, and it’s one a majority of members of Congress from both sides say they support.

PELLEY: Nancy Cordes on Capitol Hill for us tonight. Nancy, thank you.