A celebrity with no political expertise who is also a transgender woman running for California Governor? That’s a match made in heaven. But add in the inconvenient fact that she’s running as a Republican and this liberal fantasy is destroyed. 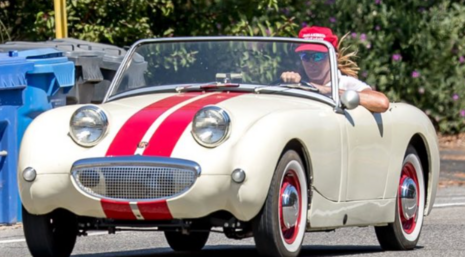 On Friday April 23, Caitlin Jenner, former Olympian and Kardashian stepfather, now trans woman, confirmed her run for Governor of California. The potential election of the first trans woman Governor of California should be a shining moment for the LGBTQ community, however Jenner’s conservative leanings immediately disqualified her from gaining their endorsement.

California has been my home for nearly 50 years. I came here because I knew that anyone, regardless of their background or station in life, could turn their dreams into reality. But for the past decade, we have seen the glimmer of the Golden State reduced by one-party rule that places politics over progress and special interests over people. Sacramento needs an honest leader with a clear vision.

Jenner is a Republican and, it turns out, something of a fiscal conservative -- something California desperately needs at the moment. But that makes her impure. Jenner is apparently not woke enough to make the cut.

The LGBTQ mob did not welcome the news of Jenner’s campaign and took to twitter to voice their disapproval. Many see Jenner’s plan as a “vanity campaign.” Charlotte Clymer, who is a trans woman, activist, and the Director of Communications and Strategy for “Catholics for Choice” denounced Jenner as being “incredibly selfish,” with political aims only for the purpose of “doing whatever it takes to boost Caitlyn Jenner, and she doesn’t care who gets hurt along the way.”

Not only this, but Clymer accused Jenner of being a mechanism for transphobia?? This evil “Catholic for choice” and she-man believes Jenner’s “asinine views will be weaponized against trans people” and that under her office “transphobia will go unchecked.”  Somehow that characterization seems illogical:

This is purely a vanity campaign, and it's incredibly selfish.

Equality California, a non-profit advocacy group for LGBT rights in California, with the self-assumed authority of mouthpiece for all California LGBT people, is outraged at Jenner’s audacity in running for governor. The queer org tweeted:

Make no mistake: we can’t wait to elect a #trans governor of California.

But @Caitlyn_Jenner spent years telling the #LGBTQ+ community to trust Donald Trump. We saw how that turned out. Now she wants us to trust her?

Evidently, Jenner’s fatal flaw is her difference of opinion. Any remotely pro-Trump word or deed is certainly a kill-button, but Jenner should know that freedom of thought is not permitted by the LGBT cabal.

The typical menace, Mr. Sulu aka George Takei wrote a stereo-type enforcing tweet in which he stated:

I’m LGBTQ but I won’t be voting for Caitlyn Jenner. Just so we’re clear.

Annoying Alyssa Milano is saying “HELL NO” to Jenner’s run, discrediting her transgenderism for running as a Republican. Incredulously, Milano tweeted:

With all due respect, @Caitlyn_Jenner, you are running as a Republican?! Republicans deny your existence and are trying to erase trans youth. HELL NO. https://t.co/tUiBHTqZ0P

Funny how these heterosexual individuals have the gall to condescend to a trans woman and tell her what to do. Where is the moral outrage? Even worse is the hypocrisy of the LBGTQ community which prides itself on inclusivity, to disown one of their members for having forbidden political views. Truly, these people are deranged.