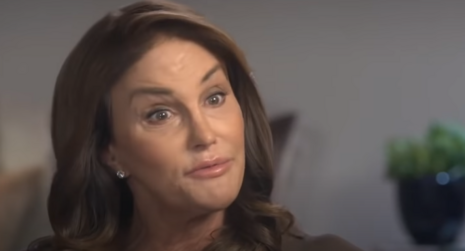 Axios reported Tuesday that TV personality and former Olympic decathlon athlete Caitlyn Jenner is considering a run for office. The announcement comes as current Governor Gavin Newsom (D-CA) faces a recall election this fall. This episode of the show is going to be epic.

Newsom has faced backlash recently from the GOP and California residents in general for strict pandemic lockdowns, hypocrisy with mask wearing, immigration and tax policies. Basically, Californians “really hate living there” and Jenner is the supposed solution.

Jenner will be assisted by major Trumpie Caroline Wren. The two met through the American Unity Fund which is a conservative organization that focuses on the LGBTQ agenda. Wren has previously helped organize the Trump rally on Jan. 6 and worked on Trump’s fundraising committee as well according to the Axios report.

As for Jenner, after coming out as transgender in 2015 and transitioning from Bruce to Caitlyn, she surprisingly still identifies as a Republican. The LA Times claimed that Jenner voted for former president Donald Trump in 2016 and once said “I have gotten more flack for being a conservative Republican than I have for being trans” since being trans is apparently more socially acceptable than being a Republican. Good heavens.

California, the land of Tinseltown and San Francisco, has a record of electing unqualified celebrities for political roles so Jenner is no exception. In 2003, “Terminator” star Arnold Schwarzenegger replaced Governor Gray Davis (D-CA) after he too faced a recall election over a statewide energy crisis. Regarding the recent Newsom recall announcement, Schwarzenegger thinks “it’s pretty much the same atmosphere today as it was” when he was the 38th CA governor. So does that mean that a celebrity is the solution to every Cali recall election?

Well the answer is obviously no but that won’t stop Ms. Jenner. It’s interesting that she thinks she is qualified for a role like governor. For crying out loud, she’s never had a place in the political sphere but her drive for transgender activism as a Republican is apparently enough credibility. But based on the logic that Schwarzenegger, who left with a 23% approval rating after his eight years, could do it, Jenner could do it too.

But honestly, when are celebrities going to stay in their own lanes? Remember when Kanye announced he was running for president? Or when Matthew McConaughey said he’d consider running for Texas gov? What about all these celebs encouraging public policy when all they were trained in was how to memorize lines!?