'God Friended Me' Reverend on CBS: 'I Saw God' in Daughter's Homosexual Journey 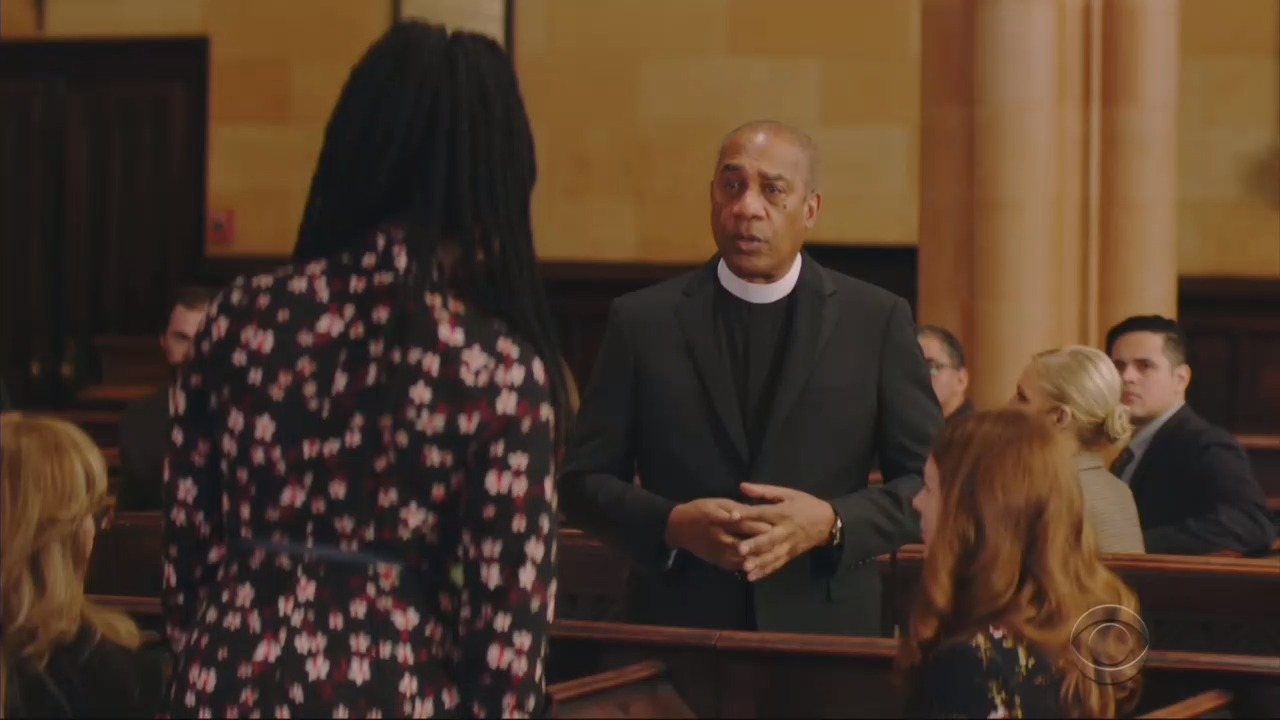 CBS’s God Friended Me has been pretty well-behaved since its inception. It even made our 2018 Nice List. However, after the show introduced the storyline of Reverend Arthur Finer (Joe Morton) having both an atheist son, Miles (Brandon Michael Hall), and a lesbian daughter, Ali (Javicia Leslie), you knew it was only a matter of time before that plot got out of hand. That finally happened in the episode “Return to Sender” on March 24, as Reverend Finer is being considered for Episcopal Bishop of New York.

The storyline again returned in recent episodes, as Reverend Finer was advised by church board members to be non-controversial and steer the conversation away to other topics should he be asked by other parishioners about Miles’s atheism or Ali’s homosexuality. Reverend Finer was so conflicted about glossing over his children, especially his support of his daughter, that he considered withdrawing his name from consideration for Bishop of New York. Upon being told about this however, Miles and Ali completely understood and told him to stay in it.

So, Reverend Finer remains in the running and answers a question about Miles’ atheism by mostly deflecting in his response. “Life is full of challenges,” he answers with a laugh. “Some more difficult than others. But I do believe our true character is revealed in the face of adversity.” He does admit he does not support his son’s views, but continues with how “it's important for us to hold firm in our beliefs that the common bond that unites us will guide us through even the most difficult waters,” ultimately earning applause.

It’s not board members or his children who take issue with Reverend Finer’s answers, but his girlfriend, Trisha (Erica Gimpel). She acknowledges that the parishioners “loved” Arthur, and that she “saw their point” when it came to how “the board suggested… play[ing] the political game to win the election.” She believes it is wrong, though, and tells Arthur “you don't want to become bishop this way, pretending to be someone you're not,” also warning him “if you don't win as the real you, I'm afraid you'll regret how you got there."

Trisha not only talks to Reverend Finer, but has his children come to one of the parishes he’s speaking to. They are present for questions, which, sure enough, involve a question about homosexuality, complete with the ever increasing acronym to describe the movement:

Reverend Finer: I would first like to thank the membership of St. Williams for having me. We've partnered in so many events over the years that it feels like a second home.

Trisha: Thank you. Thank you so much for coming.

Trisha: Do you want to sit?

Trisha: I have a feeling your father could use your support today.

Reverend Finer: Investing in our community, making sure our children have a safe place to learn, it's these core values that will ensure our future remains bright.

Parishioner: Thank you, Reverend Finer. As you speak about core values, I'm curious to hear your position on the LGBTQIA's role in the church.

Reverend Finer: Thank you for your question. It's an important one. I think that everyone's relationship with God is different, that when we're searching... I'm sorry, um... the answer I was about to give wasn't good enough for you or me. A few years ago, a parishioner of mine came to me to tell me that they were gay. They were not struggling with their sexuality or the decision to come out. They were struggling with their place in the church. How they would be accepted by the community. By me. I was shook by this. Because that parishioner... was my daughter. Through our journey, she showed me the true meaning of courage, strength, of acceptance. I saw love in this. I saw God in this.

It’s not clear why Reverend Finer’s initial answer “wasn’t good enough,” as he didn’t finish his thought. Speaking about how “everyone’s relationship with God is different,” does seem good enough, however, and relevant.

Reverend Finer may have earned some parishioners' points with such an answer, but it wasn’t a very good one. It leaves much to be desired, with more questions than answers. Was Reverend Finer, for instance, saying God is present in homosexual relationships or homosexuality?

No mention is made of the Episcopal Church being gay-friendly, allowing for same-sex marriage ceremonies and homosexual clergy. If the show's creators truly knew the denomination they were writing about, why would they bother with such a plotline in which a lesbian worries about having a place in her father's congregation? Why would the board be concerned with Reverend Finer's answers? The likely answer is that God Friended Me was so eager to lecture about the issue of homosexuality in the Christian church that they didn't even bother to look into it.

Perhaps the show should have accurately addressed that, rather than adding all the extra letters to the LGBT acronym.