Have you noticed that a lot of lefties are more or less admitting they don’t want the nation to recover from the Chinavirus lockdowns? Not just AOC with her bubblegum wrapper economics degree celebrating the oil industry’s free fall; there are celebrity climate change cultists who care more about trees than humans and race pimps who maintain that those demanding to get back to work don’t care about “black and brown people.” The left is getting bolder about rooting against the nation. 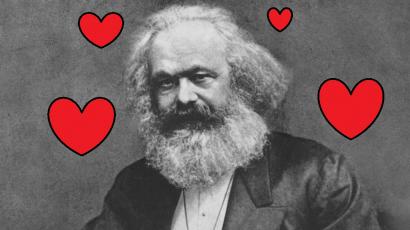 Take Teen Vogue (please!) for example. It has a series of articles called “Bread and Roses,” which explores “the growing interest in socialism among young people who are seeking alternatives to recovery in this pivotal historical moment.” [emphasis added]

And now it brings kids the testimonials of nine young Democratic Socialists of America, published on May 4th (they were probably shooting for May Day but they’re, you know, socialists.) See, “a growing number of young Americans are disillusioned with capitalism,” according to a sight where readers can buy $65 hand cream. “Looking around at a world ravaged by climate change, economic recessions, and a global pandemic, they’ve identified capitalism’s relentless pursuit of growth as the root of these interwoven crises.”

New Yorker Labiba Chowdhury, 23, says that “Under capitalism, while you work hard to create valuable services and products, your boss sets your hours and your pay; you have no control over your life. Socialism is an economic, political, and social system that empowers workers with control of their lives.”

True. A Cuban is empowered to drive a 60-year-old (American) car, and, provided she doesn't run afoul of the party, she can save up her entire salary for seven or eight years to be able to afford the laptop Labiba uses to organize the City College YDSA. She has that power!

Seattle’s Josh Kuh, 19, Seattle thinks we should be “nationalizing key industries like health care, utilities, and transportation. Also implementing a Green New Deal that would create unionized jobs and help save the planet from climate catastrophe, and ending wars abroad.”

That’s awesome, Josh! Hope you have better luck with your green job than Obama true believers had with theirs. And if you run across an ISIS terrorist, please explain he can put down the AK-47 and head to the union hall for a seminar on planetary citizenship.

Beth Girma, 19, got into socialism because of, among other things, “the prevalence of alt-right speech on campus” at Western Washington U. Really. She said that. Sadly, it was the most sense she made: “Socialism grants folks the great commonality and understanding which is class, something strong enough to unify the working class into a multiracial and multigenerational movement. When people of the world are afforded their basic needs without worry of the socioeconomic barriers of this world, and when we are liberated from all levels of oppression, we can finally abolish ruling-class domination.”

Twenty-two-year-old Emerson Hamlin of Seattle explains that “socialists not only want to dismantle capitalism but to dismantle all systems of oppression that are intertwined with and support it, such as colonialism, racism, sexism, homophobia — obviously the list continues! More personally, though, I am a socialist because I believe that every person has inherent value and dignity, and I don't see that acknowledged within our current capitalist system.”

That Emerson is an intersectional ninja! You know who else had inherent value and dignity? The 100 million or so people socialism killed in the 20th Century.

But never mind all that. The Teen Vogue revolutionaries will figure out how to change human nature. Right after they order the hand cream and finish this tutorial on sexting.