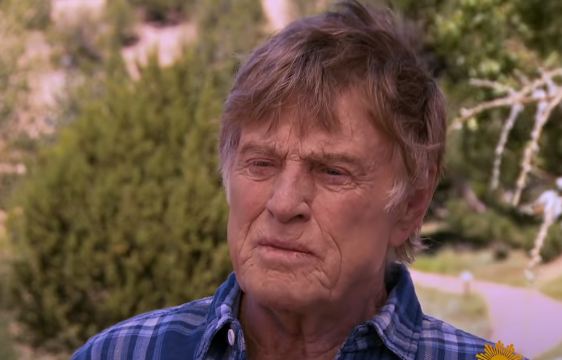 Actor Robert Redford is a Trump-hater and climate change nut. And the coronavirus pandemic allows him to indulge in both passions, writing NBC op-eds about how bad the virus makes the president look and how it also presents us with an opportunity to make our post-quarantine lives part of a new climate-conscious collective.

The legendary actor wrote a guest column for NBCNews.com advocating for a transformation to our society while us normal Americans are stuck at home without too much say in the matter. He began by recognizing how hard the situation has been and touted new “new lessons” that we have all learned throughout this crisis.

Of course crises like this allow time for reflection, but for nuts like Redford, the lessons we’ve learned are that President Trump and our previous power structures have been unfit, and that the future society needs to be built on Green New Deal politics. He wrote, “Here in the U.S., we have seen the cost of failed leadership. As the pandemic began its global march, President Donald Trump failed to act quickly and decisively, likely increasing its toll and worsening our pain and suffering.”

He added that Trump doesn’t believe in science and climate change and lesson one is simply, he can’t be president again. That’s the first step to fixing this. Yeah yeah, Orange Man Bad. So far, so predictable.

However the subsequent “lesson” of global transformation based on radical climate alarmism really took the cake. Redford mused that since “many of the world's transportation and industrial sectors have reduced operations, there has been a remarkable decline in global levels of carbon dioxide emissions.”

Sure, he lamented that people are suffering, but he pushed on ahead to say “there is no denying that we have gotten a very real glimpse of the potential for global environmental repair.”

Look, no one’s stating that life as we know should stop, or that the world that the world economy should just roll over and die … but did you see the dolphins returning to Venice?

It’s clear this global crisis presents a nice jumping off point for many radical leftists and their socialist utopian dreams. Hey, we’re already at this point, it’s safe to assume people like Redford probably don’t want us going back to work. Could that be one of the reasons why Hollywood types like him have been mocking people protesting stay-at-home orders?

He wrote, “Better treaties, better economic incentives, cleaner technologies, more motivated political leadership and the power of collective action by everyday people — these are but a few of the big changes that are necessary to blunt the worst of the climate change curve.”

Just a “few of the big changes,” eh? Save it. The “collective” of 30 million-plus unemployed folks want to get back to driving cars and getting on with their lives, rather than listen to your utopian fantasies.