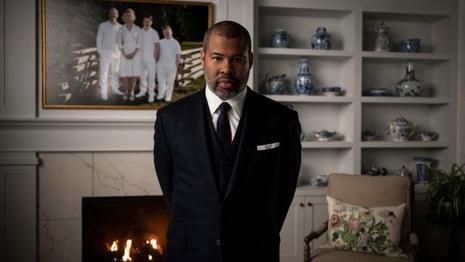 Fortunately for us, this latest season seems to be a little lighter on politics, mostly because many episodes actually attempt to go under forty minutes this year. Still, we don’t get through all ten episodes without the usual demeaning features of the 2019 update. We have the same obscene levels of foul language, the gross displays of gore, and the annoyingly smug attitude that can only come from a liberal reboot.

Barring obvious leftist pandering like insisting guns are evil and promoting illegal immigration, however, the show moves to subtler attitudes, like hating white men. It’s no secret that series showrunner Jordan Peele (pictured) is not a fan of white men. And the show is certainly not a fan of men in general. This season goes further to prove that hatred with its white male characters. As Gizmodo says, "[A] big theme emerged: there’s no scarier monster than a frustrated man."

To put it bluntly, the white male characters are portrayed as aggressive at best and downright predatory at worst. Innocent characters like Chris Meloni in the episode “A Human Face” or Joel McHale in “8” spend half their time yelling at women only to be proven wrong by the end. The season premiere, “Meet In The Middle,” portrays its white male protagonist Phil (Jimmi Simpson) as stuck-up and condescending only for the story to, as The A.V. Club puts it, softly “skewer male presumption.” Episode eight, “A Small Town,” gets even worse with a corrupt white Mayor Conway (David Krumholtz) being portrayed as the outright villain to black Jason Grant (Damon Wayans, Jr.)

But the worst depiction by far comes from the ninth episode “Try, Try.” In this episode, a woman named Claudia (Kylie Bunbury) runs into a man named Mark (Topher Grace) and seems to strike up a good relationship with him. However, Mark reveals that he actually exists in a Groundhog Day-like time loop and has spent hundreds of days attempting to woo her in a repeated loop without her realizing. Now he’s determined to get some compensation for his hard work despite her barely knowing him. Even worse, he justifies this mindset to a frightened Claudia by adding that “men dominate” and “that’s what we do.” As if all men are waiting for an excuse to attack a woman. Add in the unspoken racial element and it's even worse.

Claudia: I think I’m…I’m gonna kick your ass back to yesterday.

Mark: Oh, okay. You sound super confident about that. Look, are you sure you don’t wanna just give up? Right now? We could have a little fun? I mean, this doesn’t have to be a fight.

Mark: I know, that’s kind of what I was thinking. Look, I’m a man, okay? I know I’m not supposed to feel that, right? I mean, I’m certainly not supposed to say it. But the fact of the matter is, I am a man. Men dominate. That's what we do. We always have. Oh, my gosh. I hope that doesn’t trigger you or whatever. But I guess you’ll just be untriggered before you know it, so, you know, I'm just gonna start doing whatever the fuck I want, okay?

Even with less political commentary, The Twilight Zone is still a miserable, patronizing mess. Worse off, it’s not even an entertaining mess, especially when they keep ripping off their best material. I’ll stick to this terrifying dimension over their fake one any day.