Ever heard of the phrase “gun don’t kill people, people kill people?” Apparently, the new version of The Twilight Zone doesn’t believe the maxim is true. The CBS All-Access reboot introduces the crazy idea that guns can shoot themselves, and that we somehow value them more than people. 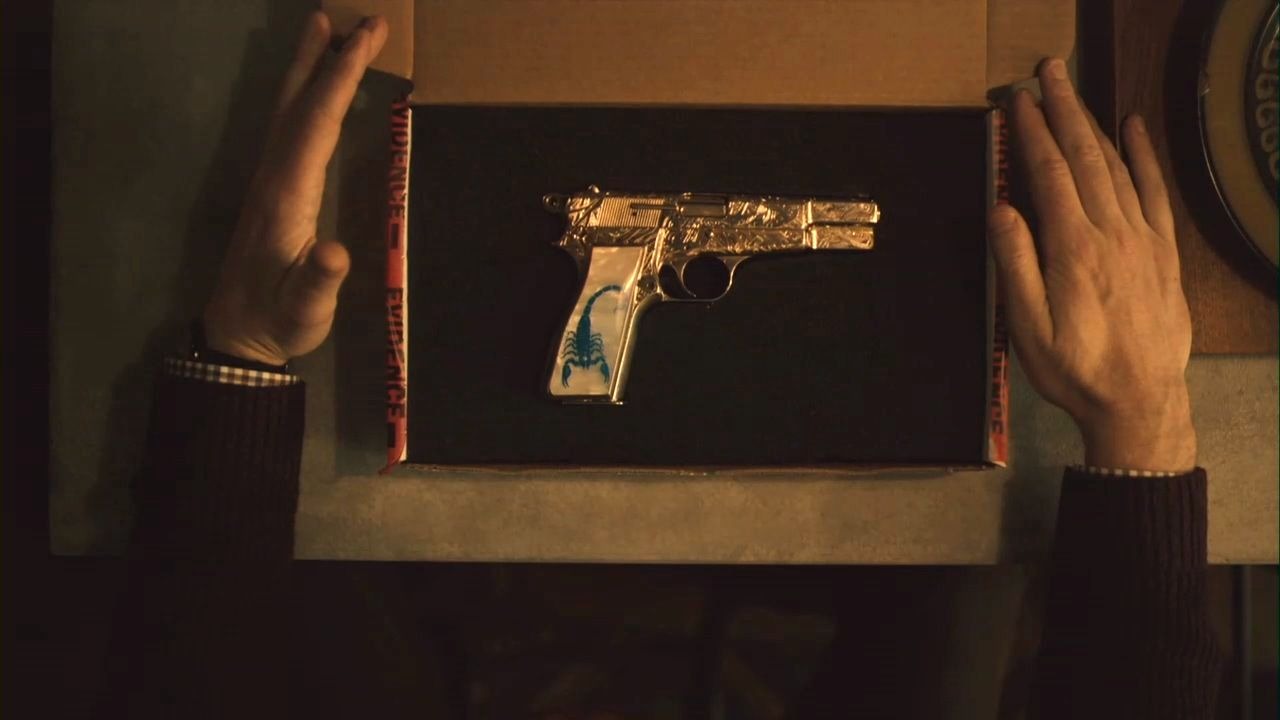 The May 23 episode “The Blue Scorpion” follows anthropology professor Jeff Storck (Chris O’Dowd) discovering his father has seemingly committed suicide by shooting himself. This came as a shock since Jeff described his father as a hippie who hated guns and wouldn’t own one. Soon enough, though, Jeff gains possession of the pistol that killed his father, which bears a blue scorpion symbol.

After finding a bullet that mysteriously has his name in the casing, Jeff quickly aimed to sell the gun. However, he changed his mind after firing the gun for the first time in a gun range. After that, he became obsessed with the weapon to the point of sleeping with it beside him, almost like a bad parody of an NRA member.

It became so bad that he’s tempted to shoot his ex-wife’s new lover before being interrupted by an attacker. That’s when the episode took a strange turn.

Apparently, the gun shot the attacker all by itself. And this was still somehow supposed to reflect modern society.

After this encounter, Jeff decided to get rid of the gun’s influence by throwing it in the river. Unfortunately, two boys later discovering the weapon while fishing, leading to the Narrator’s (Jordan Peele) final moralizing speech:

Kyle: Check out the name on this bullet. It’s my name. Kyle.

Kid: Huh, whatever. Let’s load it? Oh, that actually worked. Oh Like so- hold this. And then, I think…look at this. Hey, man. Anything you say and do will be used to you in a court of law.

Narrator: Human beings have a funny way of treating things like people. But today, they’ll learn that as long as objects are valued more than lives tragedy will forever be manufactured here in the Twilight Zone.

Obviously they are trying to claim that people who oppose gun control value guns more than human beings. But there are already lots of laws throughout the country that restrict gun ownership, open carrying, and even the lawful purchasing of guns that haven’t stopped gun violence. The truth is that studies show that many more lives are saved than taken with the help of a gun. Owning a gun doesn’t mean you value the weapon over people. Owning a gun means you value people.

Even in the context of the episode, the “tragedy” message doesn’t make much sense. Jeff’s father’s death was tragic, as suicides are, but regulating guns would hardly change the paths that lead to these devastating decisions. Not to mention the fact that, and --- wait for it --- guns do not kill people by themselves. The only other death in the episode was an attacker in the middle of a crime.

In summary, the show has no idea what it’s talking about at this point. But what else is new?