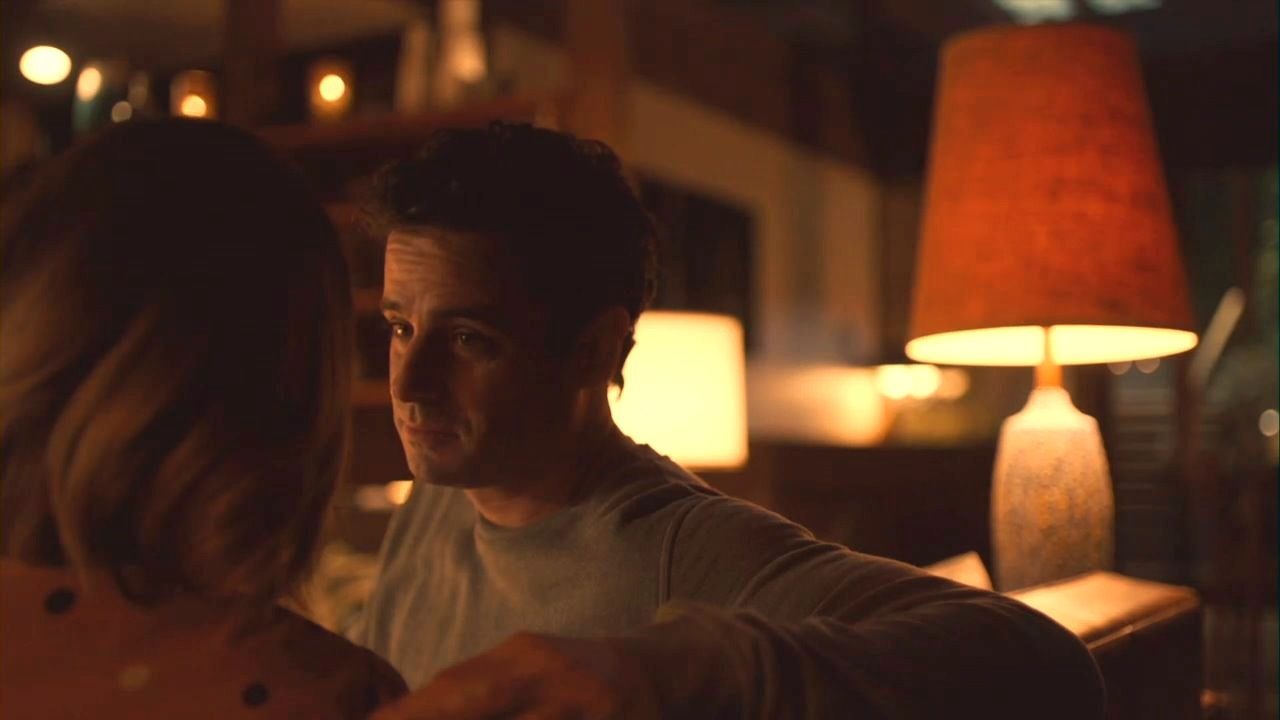 CBS All-Access’s reboot of The Twilight Zone is really in a downward spiral. First, there was a “cops hunting black people” plotline. Then, there was a not-so-subtle jab at the 2016 Trump campaign. Now, the show has the gall to literally name an episode “Not All Men.” And it all goes downhill from there - SPOILER ALERT.

The May 9 episode starts with Annie (Taissa Farmiga) going on a date with co-worker Dylan (Luke Kirby) when a meteor shower falls over their town with several meteorites landing around it. After the shower ends, Dylan starts acting more erratic and vicious towards Annie, bruising her arm and yelling at her, and she leaves.

The next day, she goes out to celebrate her sister Martha's (Rhea Seehorn) birthday. Rather quickly, however, more men begin acting rude and violent, including Martha’s husband Mike (Ike Barinholtz). After the woman escape an attack from Mike, Annie explains to Martha that the meteorites must somehow be affecting the men’s behavior. Annie and Martha are then forced to escape their homes and brave a city where all the men have become psychotic and bloodthirsty preying on the weak. In other words, they are forced to brave an ordinary city as depicted by the average liberal.

The message is painfully obvious that this is supposed to be the world under the threat of “male entitlement,” toxic masculinity, and the patriarchy. The site Vulture even states that the episode “has to go to such extremes to push the episode into the realm of science fiction” since this “threat” is so real. How perverted must a liberal’s life be if murderous men are part of the norm.

Make no mistake, it emphasizes straight men as the villains in this world. Every male character except for Martha’s gay teenaged son Cole (Percy Hynes White) is either a threat or just a jerk. Even before the shower, men “mansplained” and ignored women’s feelings. Annie even dramatically repeats twice that “it’s only the men” that have become monstrous, not the women.

But the real doozy comes with the final “twist” after Annie, Martha, and Cole escape the town to safety.

Cole: They took my blood.

Cole: But I had this in my back pocket the whole night, so…

Martha: What? But Cole, Steve was near that, and it happened to him.

Annie: Maybe there is no cure.

Annie: They’re not gonna find anything. Because there’s no disease. The meteors they…they were a placebo.

Cole: There’s no cure because it’ll always be inside me.

Annie: You stopped yourself from turning. I saw you.

Cole: That’s the thing. I chose to. I just chose to.

Soldier: You know, I bet you’d look much cuter if you smiled.

Annie: What did you say?

Soldier: Why don’t you try it sometime?

That’s right. The twist is that there was never really anything wrong. Men just choose to act like animals if they have the right excuse, like a meteor shower. And it’s all hiding behind things like telling women to smile, which, for the record, will never be the pressing feminist issue media claim it is.

For the first time, I actually feel sorry for the people involved with The Twilight Zone. There are several men who work on this show, and this is how they want the world to see them. Or worse, maybe this is how they see themselves and every father, brother, friend, or son in their lives. Not all men are monsters, and for their sakes, we should start remembering that.