‘The Twilight Zone’ Defends Illegal Immigration: ‘We Are All Immigrants From Somewhere' 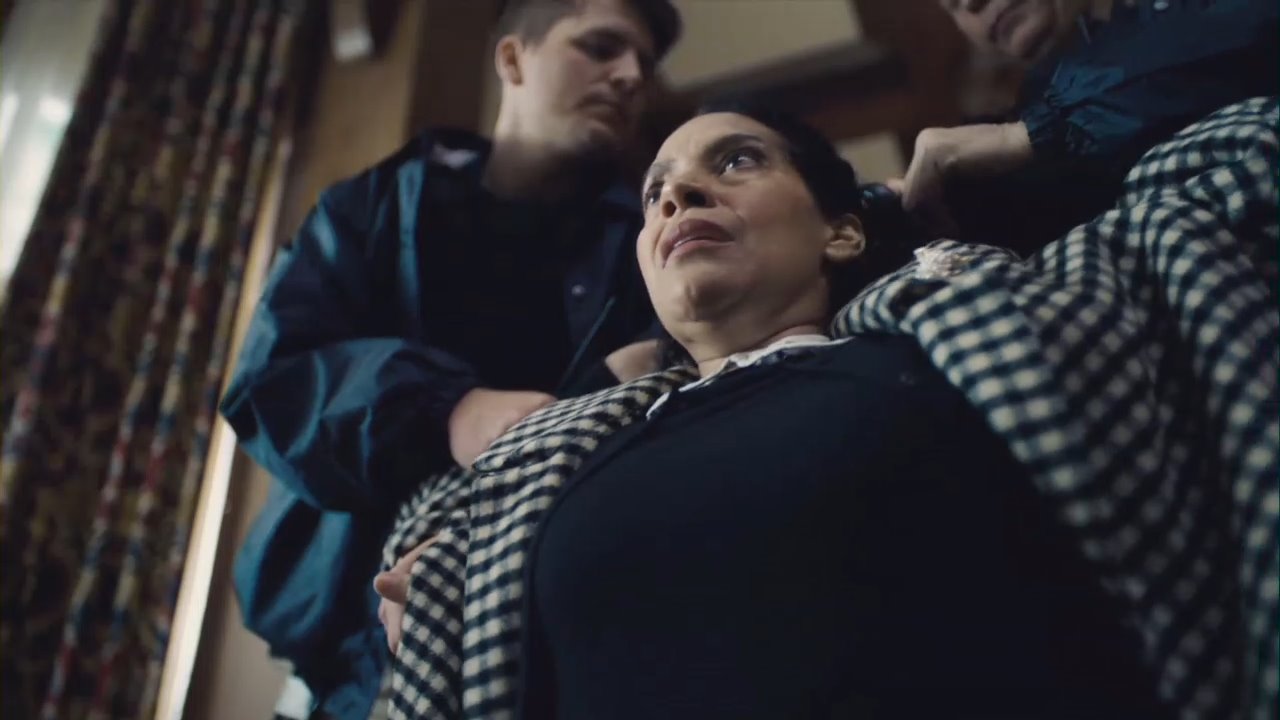 CBS All-Access has officially turned The Twilight Zone from an iconic morality series into just another Hollywood vehicle for virtue signaling and social justice pandering. The reboot had whined about toxic masculinity, warned about cops killing black people, and mocked Trump through a kid president. With this latest episode on illegal immigration, the once original show might as well be an MSNBC segment.

The May 16 episode “Point of Origin” follows housewife Eve (Ginnifer Goodwin) as her beloved Guatemalan housekeeper Anna (Zabryna Guevara) is forcibly deported by ICE's HSI. She’s saddened by the loss, but her friends remind her that “these people know the risks when they come here” and how what she did is “illegal.” This is supposed to come off as shallow and insensitive despite being completely true. However, as the rest of the season has shown, being true doesn’t matter in this Twilight Zone.

The ironic twist of the episode comes from Eve herself being an illegal immigrant, except from another dimension instead of another country. Apparently, a caravan of people (their exact words) crossed into this dimension, and the HSI works to track down and capture those people along with ordinary illegal immigrants. Eve is soon apprehended and interrogated by the HSI in a prison-like facility where she inexplicably comes across Anna again. Despite the fact they are both in a rough situation, Anna takes this time to lecture Eve:

Eve: They didn’t say. I have no idea why I’m here. Anna, I am so sorry. I had no idea they would take you to a place like this.

Anna: Yes, you did. You knew. Where did you think they’d take us to, the Four Seasons? When it was just on TV, you could turn it off or change the channel.

Eve: I assumed they would deport you back to Mexico.

Anna: I am from Zacapa. It is in Guatemala. I have been with your family from almost 11 years. I wiped the shit and snot from your children. Your children, they speak Spanish to me. A language you don’t understand. I sat with Jackie and Isabelle when they had fevers. Held them when they fell. Tell me, what are the names of my children? When someone is a part of your family, you know their names.

It’s ironic how even in this sympathetic scene the series has still had to rely on the idea that we need illegal immigrants to do things for us like clean our homes or watch our children. Besides the fact that it isn’t true either, it’s even more condescending than anything they think Trump has really said on illegal immigration.

It’s also pretty convenient that the illegal immigrant is a poor old woman. It certainly is easier to portray illegal immigrants as the true victims when they look like Anna as opposed to a deported rapist or murderer. Somehow, it's safe to say it's at least debatable that the families of the victims of the latter feel the same way these writers do about illegal aliens.

Eve and Anna eventually escape the facility, and Eve returns to her home. Unfortunately, her husband has learned of her origin and has informed the HSI, leading to her arrest once again. There, the Narrator played by Jordan Peele gives our final and most ridiculous moral:

Narrator: We are all immigrants from somewhere, be it another city, another country, or another dimension. As a child, Eve Martin escaped to what should have been a better world. A world where the skies are blue. But now those skies have darkened, and the land below them is a place she is no longer welcome. For Eve Martin, there’s no passport to be stamped for passage out of the Twilight Zone.

Do these writers just not know or care about the difference between legal and illegal immigration? One involves the time, money, and effort to fully ingratiate lawfully into American society. The other involves skipping the line to reap the generous benefits by playing outside the rules. Grouping them together only undermines the hardworking people who still struggle and sacrifice to move here while obeying our laws.

We might not all be immigrants, but we all certainly deserve better entertainment than this.