Not wanting to be outdone by Netflix, HBO presents its own anti-religious series in The New Pope. This companion series to HBO’s previous blasphemous, slanderous, and all-around unpleasant series The Young Pope is set to make up for the nearly three-year absence of terribleness. If the first episode is any indication, we’re only getting started. 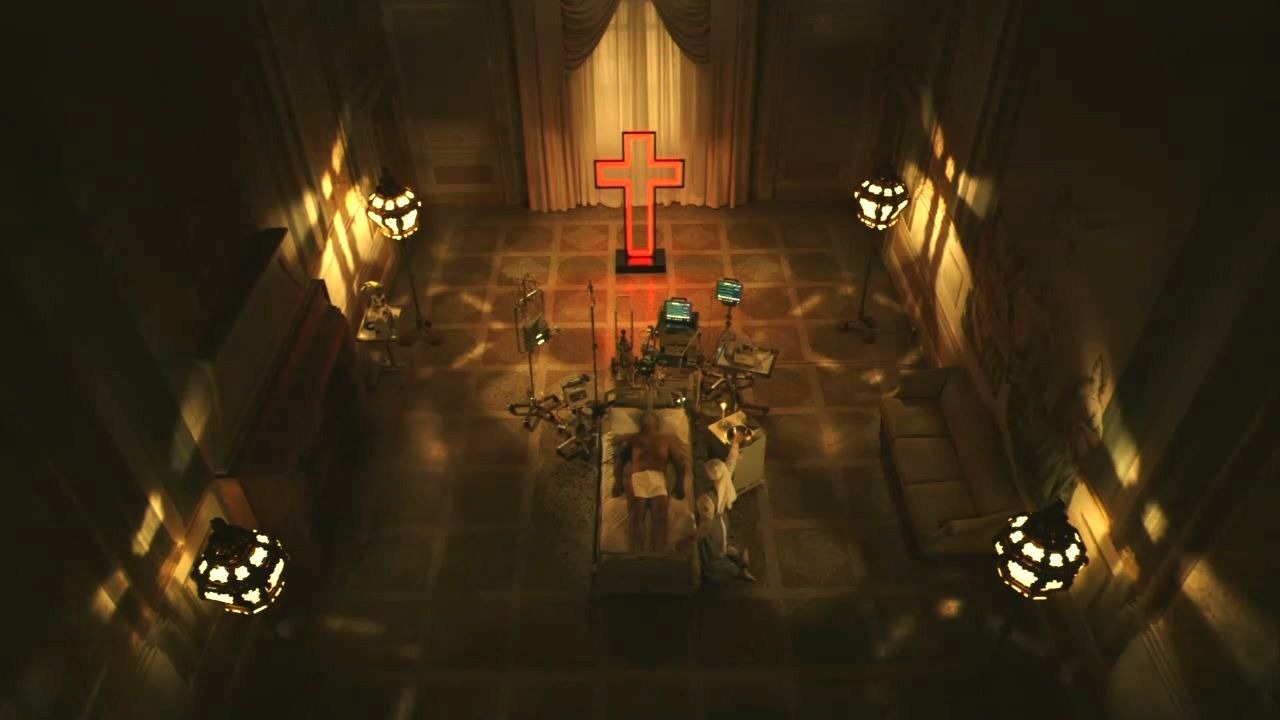 The January 13 season premiere picks up nine months after The Young Pope finale with young Pope Pius XIII (Jude Law) still in a coma after his heart attack. Fortunately for him, he’s still attended to, by various nuns who spend their free time dancing sexually with each other in front of the cross. One pleasures herself and the Pope’s comatose body while being illuminated by a neon cross. Only ten minutes in, and this might be one of the worst shows of 2020.

While this is happening, the rest of the Holy See attempt to improve their self-image. Being the corrupt den of snakes and scoundrels that it is supposed to be, the members of the clergy decide to vote on a new pope despite their current one still being alive. Naturally, some figures believe themselves to be destined for the position, especially Cardinal Secretary of State Cardinal Angelo Voiello (Silvio Orlando). No pretense is made about him wanting the position for power, but then again, all the cardinals seem in the system for themselves. Even some of their prayers in choosing the new pope are mostly about how he could change the two-thousand-year-old religion, from praying for a pope who allows priests to marry to one who smiles at homosexuality.

However, Voiello isn’t getting the support he needs to win the title. In order to save face, he convinces several clergymen to support Cardinal Tommaso Vigliett (Marcello Romolo), a seemingly passive man ripe to be manipulated by Voiello. Vigliett earns the title of Pope Francis II but predictably shows his true colors when addressing the public for the first time. With real power for the first time, Vigliett begins enacting radical policies against the wishes of the others. Namely, he declares he will liquidate the Vatican’s wealth and let all refugees live within the Vatican.

Of course, the rest of the clergy won’t stand for this, because the Church must come off as both terrible and hypocritical for not wanting to help the poor. Instead, the members take the more egregious step of having Vigliett assassinated and replacing him with the runner-up choice, the English rocker enthusiast Sir John Brannox (John Malkovich). Since the episode ends with Pius XIII showing signs of life, it’s setting up to be a race to the bottom of the worst religious leaders in history. And the media seems strangely proud of that.

All of this and more happens in only the first hour of The New Pope. With eight more episodes to go, only the Lord Himself knows how low this will get.