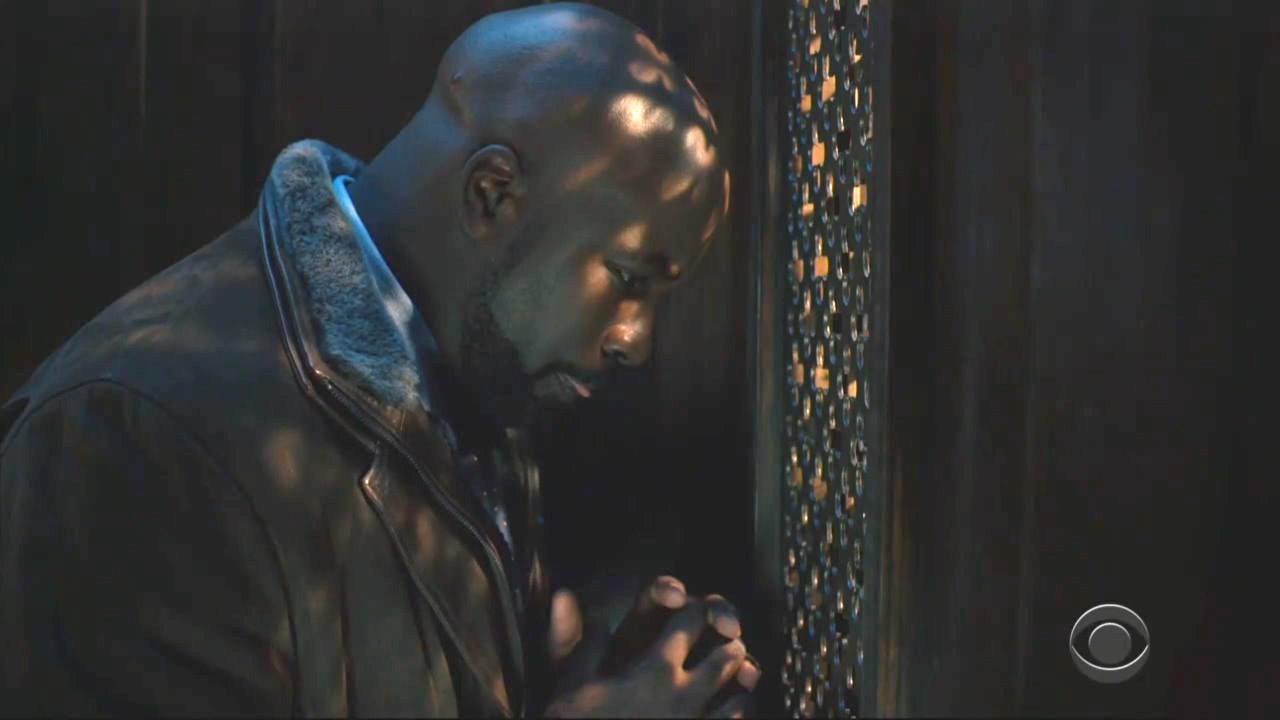 The Christmas season is in full swing which means it’s time for shows to insult and denigrate Christianity as a gimmick. CBS’s Evil did its part by introducing the classic scenario of a priest having sex against his studies. Heaven forbid a priest can be a main character without turning to sex.

The December 12 episode “7 Swans a Singin’” featured our priest-in-training, David (Mike Colter), going to a priest he didn't know to confess his sins. Here he revealed that in the previous episode, he had sex with the sister of his former fiancée, Renee (Renée Elise Goldsberry). While last week kept their interactions ambiguous, he was honest enough to admit that the two were, in fact, sexual. However, he kept his status as a priest-in-training a secret in his confession:

Priest: In the name of the Father, the Son, and the Holy Spirit.

David: Forgive me, Father, for I have sinned. It's been two weeks since my last confession. These are my sins. I slept with a woman. Someone I know from my past. She's the sister of my fiancée.

Priest: Have you told your fiancée?

David: No. She died. Some years ago.

Priest: Do you think a relationship might be developing with this other woman?

David: I... She-she and I have talked about it. But there are just too many... complications. We've agreed not to see each other again.

Priest: Is there something else?

Priest: Your third year at...

Priest: Okay. Then I ask you to reflect on the act of contrition.

Fortunately, David did return to confess his secret, but the damage was pretty much done. For the record, David was hardly the good example of a priest before with his drug habits. However, we saw that there’s no real limit to how low the show will make him go for drama. While I’m impressed that they have David showing contrition, that didn’t change the fact that the show had him sleep with Renee in the first place.

Let’s just hope that this confession and repentance sticks for the rest of the season and this can be the last we see of David on this site. Sadly, shows like Evil tend to never redeem themselves.