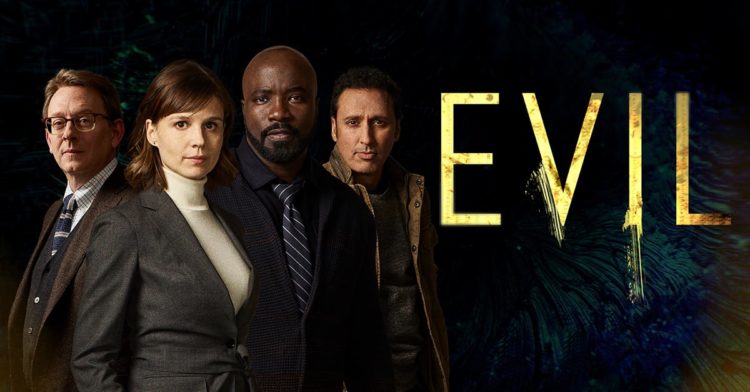 The pilot for CBS’s new series Evil last week was interesting to say the least. The show followed an agnostic forensic psychologist and a budding priest investigating the validity of supernatural events, and yet, religion wasn’t maligned every few minutes. But in the second episode, all that goodwill was spent on morally ambiguous priests and a cry of "implicit racism."

The October 2 episode “177 Minutes” focuses on the team of psychologist Kristen (Katja Herbers) and priest-in-training David (Mike Colter) looking into a miracle at the local hospital. 18-year-old Naomi (Hannah Hodson) was declared dead for almost three hours until she suddenly came back to life. The event becomes more bizarre when an image of another recently dead patient named Bernadette appears in the footage of Naomi’s death. No one seems to fully understand what happened, including the hospital owner Neil Benton (Sanjit De Silva), the paramedics, and the alcoholic priest who performed last rites on her. Trust me, the clearly alcoholic priest is the least of our worries here.

Although they never really figure out the meaning behind the altered footage, David, who is African American, soon discovers the cause behind Naomi’s slow resuscitation. It turns out implicit racism can literally kill in this case as he presents the evidence to Neil.

Neil: So I'm glad you've agreed with us it's not a miracle.

David: Yep. Turned out to be hyperinflation and undiagnosed COPD.

David: But it wasn't the, uh, paramedics' fault.

Neil: Well, I think we'll have to agree to disagree on that, but it's good we're on the same side. Uh, what are those?

David: Emergency lifesaving efforts of this hospital over the last year. 176 in all.

David: These are your Caucasian patients. Did you know that, on average, during a code, your doctors performed 58 minutes of chest compressions and rescue breathing on Caucasian patients? Patients like, uh, Bernadette May?

David: And these are your African-American patients. Your doctors, on average, performed chest compressions and rescue breathing for 23 minutes on them. Patients like, uh, Naomi Clark.

Neil: It is the stated position of this hospital that it does not distinguish on the basis of race.

David: Naomi Clark came back to life in the morgue because your ER staff called her time of death 30 minutes earlier than if she were white. That's why this wasn't a miracle. It was implicit racism.

Neil: I think you should get out of here.

Somehow, I don’t think the best method for cooling racial tensions is suggesting hospitals are racially biased against patients to the point of killing them. And somehow, I doubt the writers for this show care. After all, calling out non-existent racism is pretty popular these days.

The episode sadly doesn’t end there. After the job is done, David goes out for a jog at night where he comes across a night club. There, he acquires drugs from a bouncer and proceeds to get high in his home as we fade to black. This guy is supposed to be our religious figure. I guess it’s better than calling God a “needy little b*tch.”

When it avoids the obvious propaganda, Evil has some promise. Unfortunately, this second episode proves that almost no show can overcome Hollywood’s obsession with the liberal agenda.