Abortion has been a surprisingly popular topic on television this week. New Amsterdam, Bull, and Empire have all openly referenced, debated, or supported the right to kill an unborn child. Now NBC’s Law & Order: Special Victims Unit is joining the pack with a plot focused entirely around abortion. 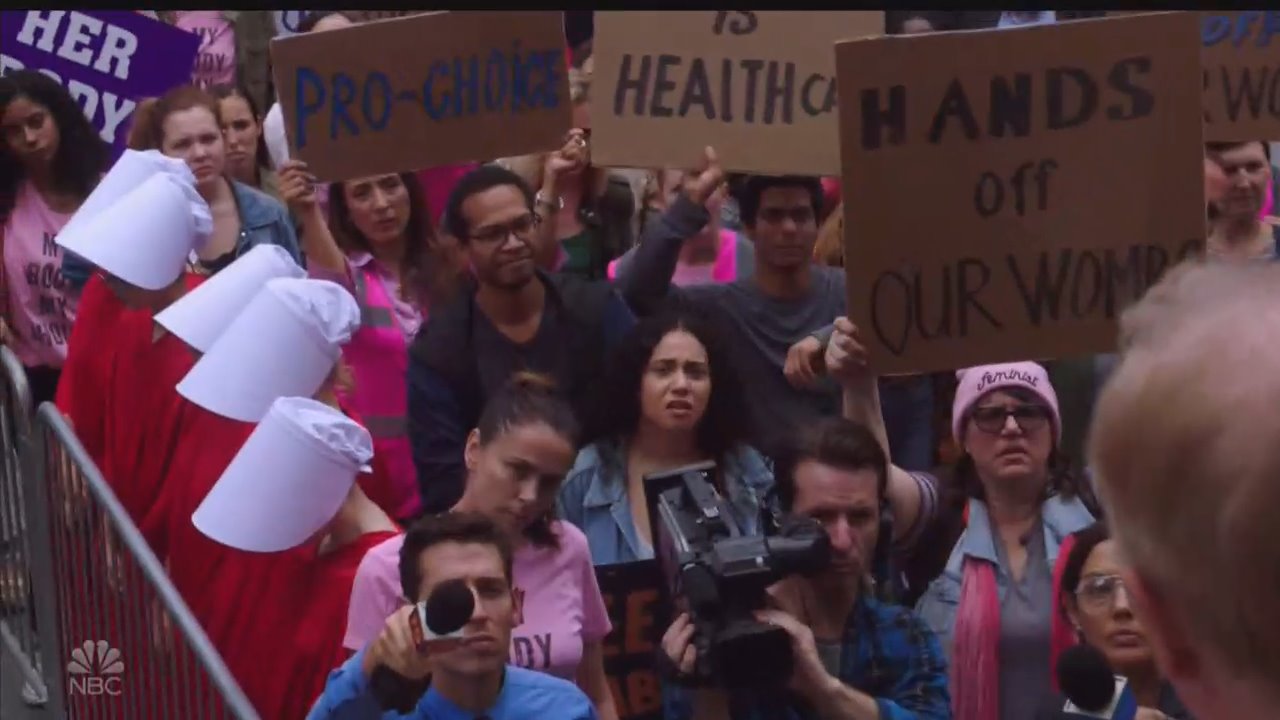 The October 17 episode “The Burden of Our Choices” follows the SVU investigating a 13-year-old runaway named Evangeline (Kira McLean). Evangeline comes from a fundamentalist Christian family (because, of course) in Ohio, but after her stepfather rapes her (another easy trope), she escapes to New York to have an abortion due to Ohio’s fetal heartbeat law (which, in real life, was blocked by a judge). Once the parents come to retrieve her, it doesn’t take long for Evangeline’s case to become a full-on court battle.

You see, Ohio requires permission from a family member 21 or older to have an abortion, but New York doesn’t require any parental supervision, hence Evangeline’s decision. Being the fanatically religious woman she is, Evangeline’s mother Tammy (Lucy Walters) refuses to let her daughter abort her grandchild and refuses to believe Evangeline’s claim that her stepfather is the rapist. Therefore, she takes on an extremely pro-life lawyer to sue the police department for attempted murder for allowing Evangeline to try and get an abortion. This sparks a protest of the lawsuit, complete with Handmaid’s Tale protestors.

The SVU themselves debate the case, which mostly consists of newest member Katriona Tamin (Jaime Gray Hyder) complaining about pro-life laws. She bemoans the “old white men” trying to control a girl’s choice and also references The Handmaid’s Tale as a possible future. Lieutenant Olivia Benson (Mariska Hargitay) concurs, fearing poor women will return to back-alley abortions, which were never that prevalent. The resident Catholic Carisi (Peter Scanavino) hardly even puts up a fight against them since he’s there to “uphold the girl’s rights.”

Olivia: Well, they are.

Tamin: So you guys aren't under arrest? What about the stay on the abortion?

Carisi: Family court didn't want to make a ruling until Ohio's arrest warrants have been dismissed. They're still deliberating.

Tamin: For how long? She's 12 weeks pregnant. Any day after the first trimester, it gets more complicated.

Olivia: And that's part of Ohio's plan, is to run out the clock.

Tamin: I'm sorry, what century is this? All these old white men trying to control women's bodies? I mean, how far off are we from "The Handmaid's Tale"?

Olivia: You grew up taking these rights for granted. My mother, there was a time when she considered abortion, and her only option was--was back-alley. The bottom line is, if you have enough money, there's always a way. But it's these poor women, these girls-- in some states, they're gonna see deaths. That's where this is going.

Tamin: They think that's what we're going back to.

Tamin: You're Catholic, right? Is that what you think?

Carisi: What I think is what I think. But if a woman is the victim of rape or incest—

Tamin: I hear that, and it sounds like you're saying that a woman has to be a victim in order to have control over her own body.

Olivia: That's not what he's saying.

Tamin: Good. Because it's not a decision that should ever be made by a group of men or a prosecutor who's never had to make that choice.

Carisi: J-just so we're clear. My job is to uphold that girl's rights, and that's what I'm doing. But I'm sorry, I don't see this as black-and-white. In my experience, no woman wants to have an abortion.

Tamin: Fair enough. But these laws that are getting passed, they are not the answer.

Olivia: No, they're not.

Fortunately for Evangeline, a fetal DNA test proves her allegations against her stepfather, and Tammy agrees to separate from him to maintain custody of her daughter. Unfortunately for us, the episode ends with Evangeline, a 13-year-old girl, going to a clinic to abort her child. Although Tammy still disagrees with the choice, Olivia reminds her that “that decision is out of your hands.”

What a painfully biased piece of propaganda this episode is. The series literally wants us to support the rights of a 13-year-old girl to receive an abortion without her mother’s permission. Evangeline’s not old enough to buy NyQuil in New York, but apparently, she is old enough to abort a baby. Even worse, the biggest opponents to this decision are either religious fanatics or “old white men” like Tammy’s lawyer. Some of these writers might be surprised to learn that lots of young people beyond their strawmen would disagree with that image.

Planned Parenthood consultants are really working overtime if they want people to believe this. With four abortion stories this week alone, I doubt they’re going to stop anytime soon.