The pro-life movement is a movement full of youth -- but don’t expect to hear that from the networks. ABC, CBS and NBC hardly blinked an eye at the young people attending the 2018 March for Life, during their sparse coverage of the event.

That’s why, on Friday, MRC Culture asked pro-life youth from across the country why they call themselves pro-life. They came from states including Colorado, Louisiana, New York, Pennsylvania, Texas and Virginia. Video below.

Gabriella, from Texas, revealed that she was pro-life “because my birth mom chose life” and placed her for adoption. Beside her, Peter told the story of how his mother was filled with regret after abortion.

Natalie from Colorado stressed, “Every decision to make things better in this country, every social justice movement, none of that can work unless it’s founded in the principle that every life is dignified inherently.” 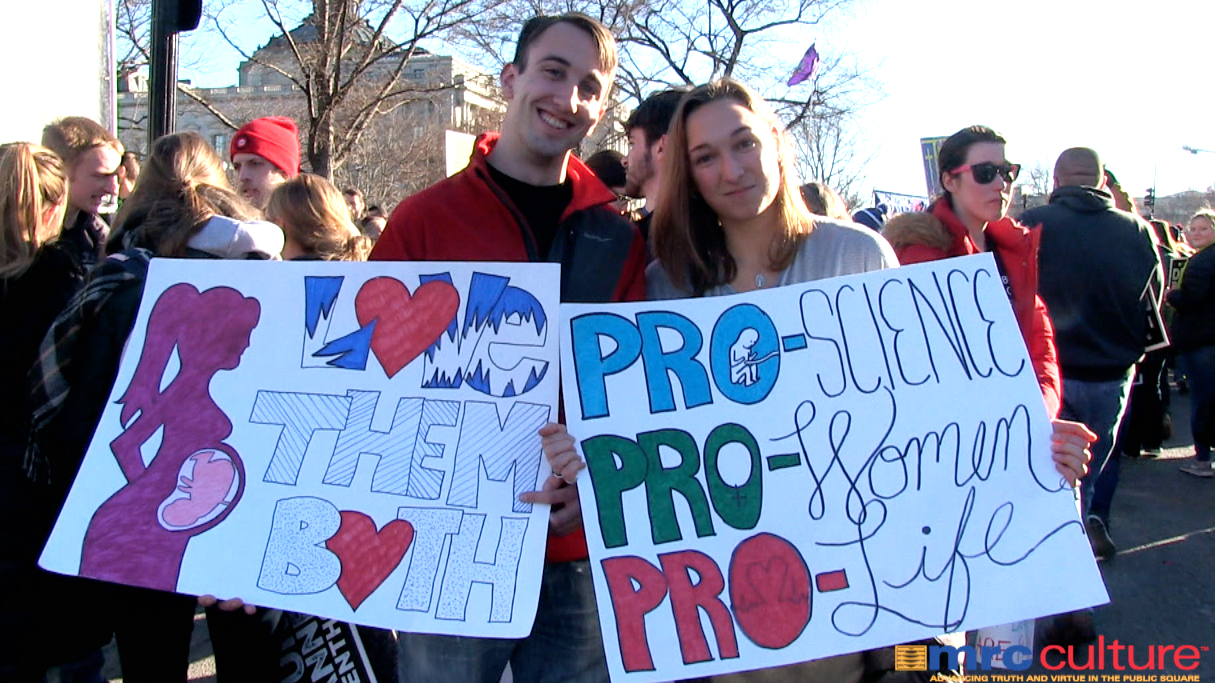 Polls find that millennials, young people, want increasing restrictions on abortion. And pro-life group Students for Life of America sponsors more than 1,200 student groups in all 50 states. Last year alone, they launched nearly 120 school groups and trained close to 11,000 young volunteers. Compare that to Planned Parenthood, the largest abortion provider in the country. According to its most recent annual report, it started only 50 new campus groups and trained just 750 youth.