The Ryan Murphy-produced American Horror Story has returned for a new season titled 1984, and so far, it’s been pretty tame compared to earlier seasons. Sure, the FX series still contains the usual amount of gore, sex, and vapid characters, but unlike the season Cult, there’s no continuous onslaught of outrageous liberal bias. Unfortunately, everything changes with the October 9 episode “True Killers” when we meet the real villain: the born-again Christian. 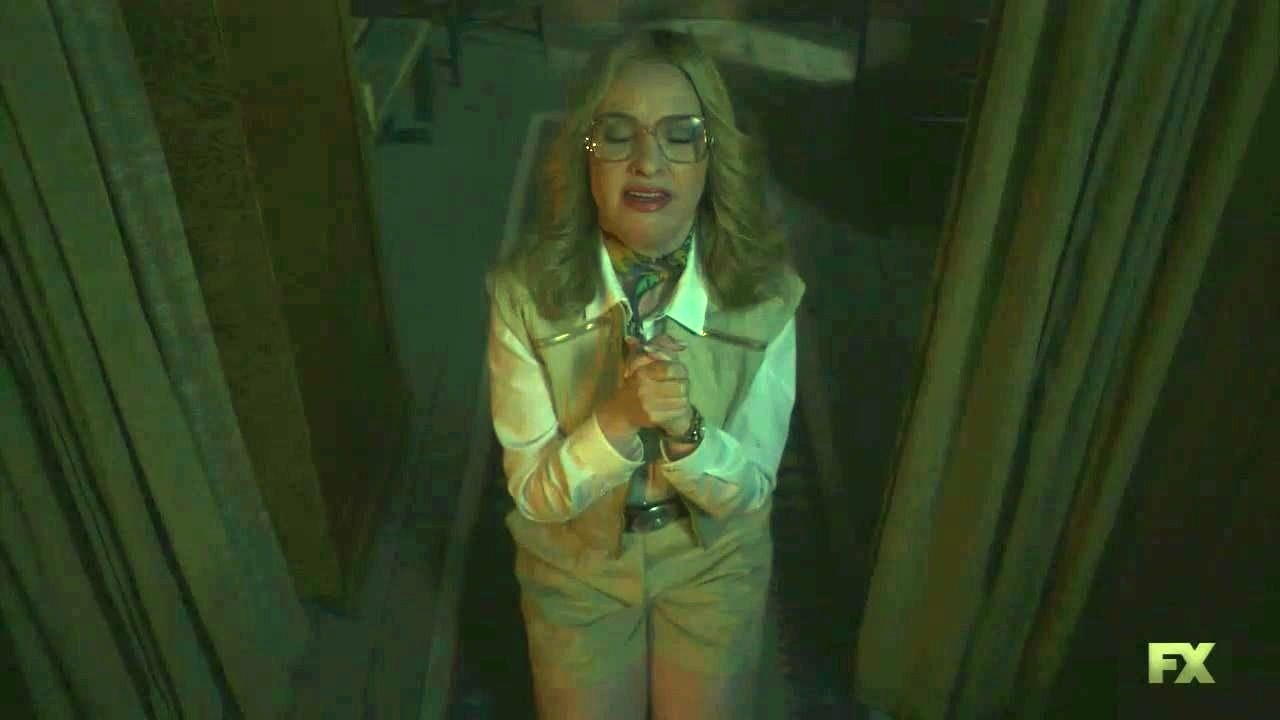 For the past few episodes, the season has followed trends and motifs from '80s slasher films like Friday the 13th, down to the sexually-charged young adults being hunted down by a serial killer at a summer camp. As the name implies, this episode reveals the true masterminds behind the recent killings at Camp Redwood. Surprisingly, there are a lot.

One of those reveals includes aerobics enthusiast Montana (Billie Lourd) teaming up with known serial killer Richard Ramirez (Zach Villa) to kill another girl out of revenge. To solidify their partnership, they have sex in front of one of Ramirez’s victims as the man’s intestines fall out of his gut. The only thing more surprising about this scene is that it’s probably not the bloodiest thing ever done on this show.

The bigger twist, however, comes from the origin of another serial killer named Mr. Jingles, AKA Benjamin "Benji" Richter (John Carroll Lynch). Fourteen years ago, he was blamed for a massive slaughter that took place at Camp Redwood. Only one woman, Margaret Booth (Leslie Grossman), survived and, in turn, devoted her life to God in gratitude for sparing her. Considering she’s a religious woman in a show produced by Ryan Murphy, it was only inevitable that she does something hypocritically terrible. Even her prayers come off as creepy and suspicious as she faces off against Benjamin.

Margaret: Almighty God, I am no stranger to your mercy. 14 years ago I vowed in a baptism of blood to give you my devotion and follow wherever you may lead. I reopened this camp to revel in the glory of your light. To walk the straight and narrow path. But darkness has descended. Give me the strength -to do thy will. Benji? You're the answer to my prayer.

Sure enough, the show reveals that she, in fact, was the one behind the killings all those years ago, leaving Benjamin to take the fall. Once Benjamin returns to the camp, she brutally murders him along with another unfortunate witness. The whole process becomes strangely euphoric to her. “God has given me the strength to accept my true self,” she says.

In a way, this “twist” comes off as anything but when it’s become routine for television to bash and pervert Christians. After nine seasons of this trash, American Horror Story wasn’t about to show mercy to the faith practiced by over a billion people worldwide. After the awfulness I’ve seen, the feeling should be mutual.