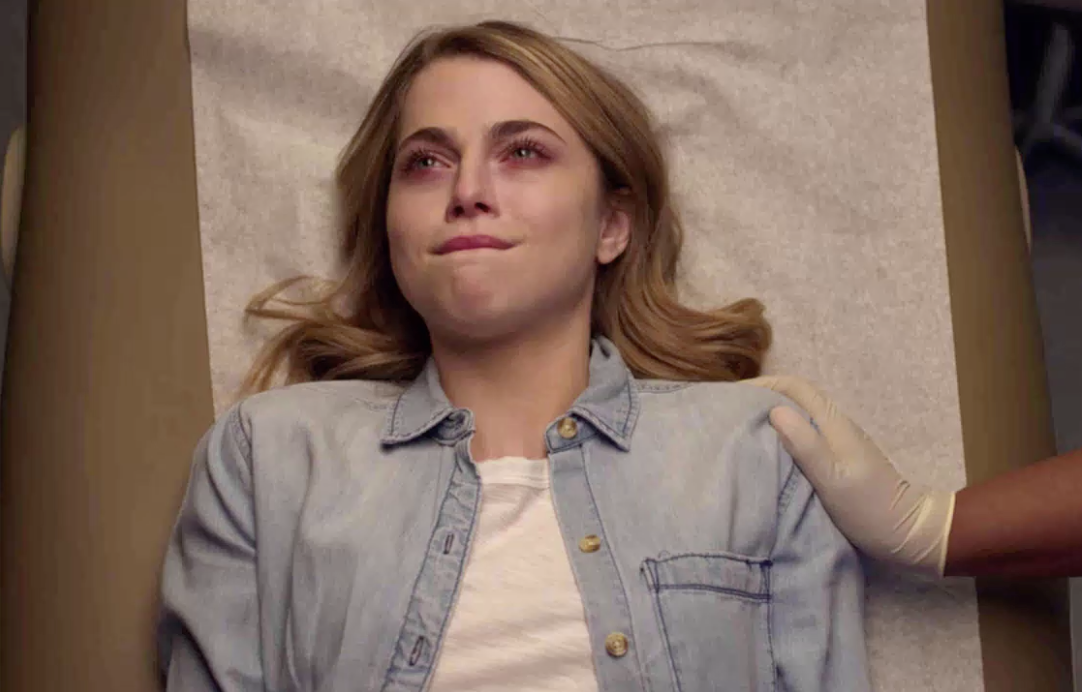 Netflix’s 13 Reasons Why, the controversial teen drama before HBO's Euphoria made it cool, returned with a third season on August 23. Considering the awfulness of the previous season and the fact that the first season had to be edited following complaints about its graphic depiction of suicide, one hoped we'd finally hit rock bottom. Unfortunately, with teen sex, drug use, prostitution, and abortion, 13 Reasons Why delivers more reasons why it should be avoided by all ages.

The third season takes place eight months after the attempted school shooting from the previous finale. Drama has not died down since then, unfortunately, and when high school student and serial rapist Bryce Walker (Justin Prentice) is found murdered, everyone as a suspect. Despite this all-consuming mystery, the teens still manage to wrap themselves up in convoluted and severely problematic situations, but it is the liberal propaganda that really stands out.

In episode 2 “If You’re Breathing, You’re a Liar,” in a flashback, Bryce’s old girlfriend Chloe (Anne Winters) questions what to do about her pregnancy from the previous season. She doesn’t inform Bryce that she's pregnant but instead goes to a “Resources for Choice” center for help getting an abortion. To her disappointment, however, the center does not provide abortions but rather counseling and resources for expectant mothers. This is treated as some sort of deception because apparently “choice” only matters if the choice is ending a baby’s life. "I'm so sorry that happened to you, Chloe, I can't even imagine that," her friend Zach (Ross Butler) says when she tells him what happened.

She leans on Zach for support and he even offers to help her raise the baby, but Chloe still decides to have an abortion because she worries that she wouldn't be able to go away to college full time. "I don't want to be a mom. Not now. Maybe not ever, just--maybe someday, just not now," she tell him. Adoption is never even mentioned as an alternative possibility.

Next Chloe goes to a clinic where the nurse explains that when she comes back on Saturday for the abortion, "The doctor will come in and insert a very small tube into your uterus. It is connected to a suction device. That suction device will dislodge and remove the uterine content." Zach goes with her to the clinic where she comes across protestors. The theme of pro-lifers being cruel, deceptive liars is continued when a woman posing as a clinic escort turns around and hands Chloe a model of a bloody unborn baby.

The actual abortion scene lasts nearly two minutes, mostly focusing on a close-up of Chloe’s pained face and the sickening sound of the suction machine. While she does admit she sometimes feels ashamed of what she’s done, Zach chastises her to “not feel that,” saying that “shame” is only “what other people put on you.” The abortion is only brought up again once in the twelfth episode when we find out Chloe told Bryce the truth when he was alive, but nothing more seems to come from it. Chloe even seems happier as she starts dating Zach.

The awfulness of this plot knows no bounds. First, the way Chloe simply gets over the abortion undermines the real depression and issues faced by women who go through an abortion. Second, this season somehow manages to give the rapist Bryce some sympathy prior to his death but apparently chooses not to extend that sympathy to pro-lifers. Finally, the assumption that abortion is not only normal but should be accepted - to a teen audience no less - is downright repulsive. I can think of few shows or topics less suitable for a younger audience, but Euphoria is trying to give them a run for their money.

Then the story gets even weirder and more politically timely. In episode 6, high school student Tony (Christian Navarro), returns home one day with his boyfriend Caleb (R.J. Brown) to find his family has been taken by ICE and his father is set for deportation as an illegal immigrant. The show ramps up the empathy as we watch Tony break down in Caleb’s arms over his family being separated.

It's not surprising that the controversial show managed to squeeze in a pro-illegal immigration storyline. After all, that seems to be a common leftist trope this year. What I am surprised about is that it has the gall to call deportation a “grief beyond death.” I’m pretty sure the families of Mollie Tibbets, Kate Steinle, and Pierce Corcoran would disagree with that. Sadly, the fictional families of blatant propaganda pieces seem to matter more than the real American lives ruined by the border crisis.

The final season can’t be over soon enough.