'Preacher' Premieres With God as Villain: 'Make Him Suffer'

Barely a week after the premiere of Amazon’s The Boys, we’re back to the same ultra-violence, gore, and blasphemy from the same twisted minds behind AMC’s Preacher. Fortunately, this is the final season of Preacher, so unlike The Boys, this should be the last we hear from this show. Unfortunately, we still have to get through this awful season. 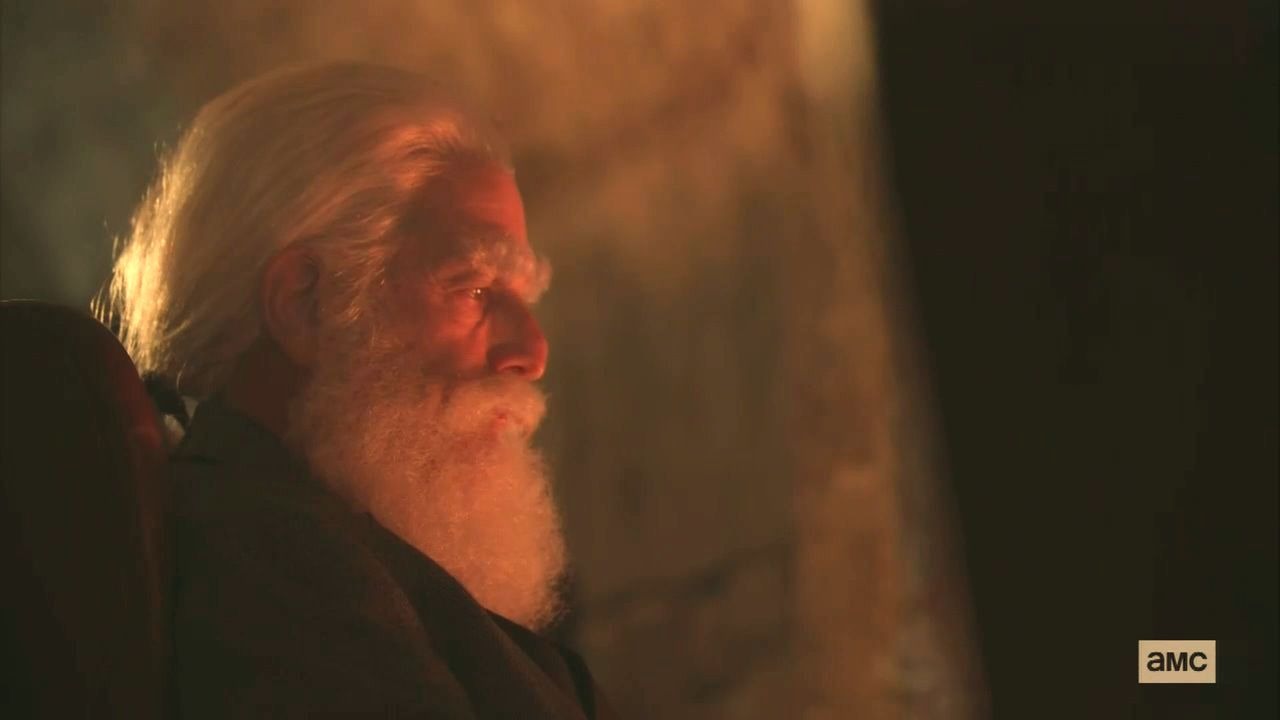 The August 4 premiere episodes “Masada” and “Last Supper” follow the title Preacher Jesse Custer (Dominic Cooper) and his girlfriend Tulip (Ruth Negga) attempting to rescue their vampire friend Cassidy (Joseph Gilgun) from the evil secret religious organization known as the Grail. As far as the series goes, this is more than enough set-up for scenes involving a lot of punching, shooting, and blood spilling. In particular, one Grail member gets graphically crushed to death from giant steel doors.

The real surprise, though, comes at the end of “Masada.” After Jesse escapes capture, Grail leader Herr Starr (Pip Torrens) contemplates his failure. However, he’s not alone in this moment as he hands off a drink to another figure who turns out to be none other than God Himself (Mark Harelik). The two discuss Herr Starr’s failure regarding Jesse as God plots to “make him suffer.”

God: Ahh, one of my greatest creations.

Herr Starr: You better be right about this.

God: I'm right about everything.

Herr Starr: I had him. I had him dead to rights.

God: But you didn't want him dead to rights, Herr Starr. You wanted to make him suffer. Yes? So...let's make him... suffer.

I think it’s safe to assume the writers did not get the image of God looking like a super-villain as he plots to make people “suffer” from the Bible.

God’s clearly never been a positive character on this show nor has anyone in the show really thought that highly of Him in the first place, but this is certainly a new low point. Actually, it might be tied with the scene that shows God wiping out the dinosaurs because a brontosaurus ate its own excrements in His presence. God’s apparently not only cowardly, self-centered, and kinky but spiteful as well. At this point, he’s practically the villain of the season. It’s hardly the most original criticism of Him, but then, again, this series is hardly top-tier entertainment.

It’s only a question of how low it can go at this point.