As anyone familiar with AMC’s Preacher is intimately aware, it takes a lot for a show based on gratuitously disgusting displays to rise to the level of actually needing to be called out. But Sunday’s episode reached that level.

Three minutes into the show, titled ‘El Valero,’ we meet a young Mr. Quincannon. His character is very much the Prince of Darkness, Devil on Earth kind of persona. Quincannon wages war on the Preacher, in particular, and religion, in particular.

We catch up with Quincannon during a flashback scene, where he is surrounded by coffins, dead cows, and the Preacher:

Quincannon: Preacher, there's been a terrible... S-something terrible. Y-you need to see it for yourself.

John: Mr. Quincannon, it's the middle of the night. What happened?

Quincannon: I've been conducting an experiment, and I'm sorry to report the results aren't good.

John: What have you done?!

Quincannon: We were lied to. All along -- lies.

John: Odin, you have experienced a terrible loss. Your entire family -- gone. Let God help you.

Quincannon: Oh, yeah. Good. You and God can help me with a question, something that's been consternating me all night. Which is my daughter... And which is the cow? Exactly. There is no difference. It's all meat! I've looked. There's nothing else. There's no...spirit. There's no soul. There's nothing.

Grief has many stages, and takes many forms, to be sure. But what the heck was that? 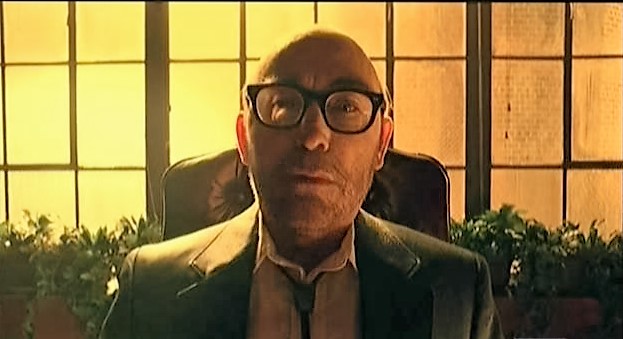 Isn’t there some other way for a grieving father to express his dismay and anguish, while angrily denouncing God, and claiming that he must not exist? We really had to go full cow intestine there?

Aside the fact that any number of other physiological differences could show that we humans are not merely two-legged cattle, it just seems like an over the top attempt at the grotesque. While engaging in sub-elementary school level, anti-religious propaganda.

The writers at Preacher need to be careful. With incidents of gratuitous, gore and debauchery happening on the show every week, people will start thinking that’s the entire point of the show.