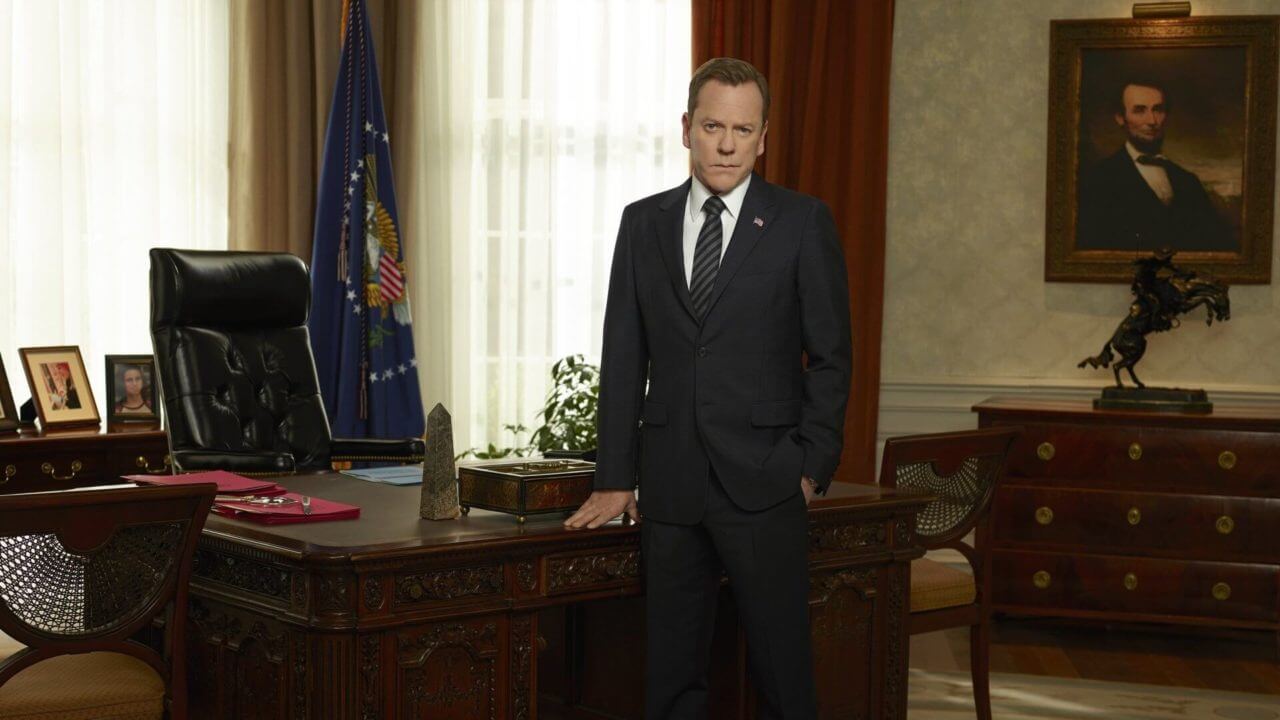 ABC’s Designated Survivor almost faced cancellation last year until Netflix surprisingly saved the series. Considering the show already featured awful jabs at Republicans and America’s “gun problem” when it was on network television, pushing it to a streaming site with less restrictions meant nothing but trouble.

Sure enough, Designated Survivor is not only worse than before but one of the most social justice-pandering, politically-slanted, overly-vulgar shows of the summer - and with a former Obama adviser on set, it's no wonder.

The third season, which was released June 7, follows President Tom Kirkman (Kiefer Sutherland) in the last month of his campaign for a second term as an Independent. In addition, Kirkman still has to contend with the day-to-day issues of the executive branch.

With a euthanasia storyline, gay sex and the debate over disclosing HIV status, and a plethora of vulgar language - one particularly indulgent moment includes Kal Pen's character saying, “Son of a bitch, motherfucker, piece of shit, cunt” in one breath - there’s almost too much to cover in this season, so let’s go over some of the “high” points (contains spoilers):

White Nationalism: Easily the worst plot of the series involves a pandemic threat somehow at the hands of Republicans and white supremacists (which are one and the same to Hollywood). CIA Officer Hannah Wells (Maggie Q) soon discovers a bioterrorism plot being developed by a white nationalist group called “Reclaim the Nation.” Using a genetic scientist, they've concocted a virus that targets people with higher levels of melanin (meaning it only affects people who aren't white), rendering them sterile.

But that’s not all. It’s quickly discovered that Reclaim the Nation has connections to Phil Brunton (Aaron Ashmore), a campaign spokesperson for Republican presidential candidate Cornelius Moss (Geoff Pierson) who was based on Trump aide Stephen Miller. Apparently, members of Moss’s campaign worked together with the group to fight against whites becoming a minority in the U.S. by 2050. By keeping minorities a minority in the country, the group hopes to maintain a conservative hold on power, though the show doesn’t seem to consider the fact that there are conservative Republican minorities. They really want you to know that the biggest threat to all human society comes from the right, after season two's big bad was a libertarian and season one's evil mastermind was alt-right.

For his part, Moss denies working with the group, and unearthed recordings seem to prove his innocence. However, he claims that being a “thoughtful, compassionate conservative” is akin to being a unicorn nowadays and says, "I shifted right when my constituents did," as if the two were mutually exclusive. Even when a Republican isn’t the bad guy, he must act like Republicans are the bad guys.

Anti-Americanism: French visitors criticize the country for not offering free housing, education, and health care for all children, saying, “Your treatment of children leaves much to be desired.” A Saudi Arabian representative, of all people, claims the United States was founded as a “slave state.” There's no defense of the United States this time around, the only response to these comments is solemn silence.

Transgender Representation: The third episode “#privacyplease” introduces us to Kirkman’s previously unmentioned transgender sister-in-law Sasha (Jaime Clayton). She’s initially outed by the press as a blow against Kirkman’s campaign, but soon stays on as Kirkman’s trans-spokesperson to help “normalize” herself to the public. To make the show’s stance abundantly clear, the 7th episode features a transgender group discussing their experiences and desire to be accepted as if it's a PSA.

Illegal Immigration: A Guatemalan family caught illegally immigrating to help their young son get a kidney transfer sparks an immigration debate. This issue is especially personal to Kirkman's vice presidential nominee, Aaron Shore (Adan Canto), who snuck in a young illegal immigrant girl when he was sixteen. At the beseeching of his social justice girlfriend Isabel (Elena Tovar), he gives an empowering speech in episode 7 "#identity/crisis" defending his actions and conflating legal and illegal immigrants as “what makes the country great.”

All this and more crowd the new season which at ten episodes still feels too long. Netflix previously saved Designated Survivor from cancellation, but after seeing these results, I think we have to wonder if it was worth reviving.