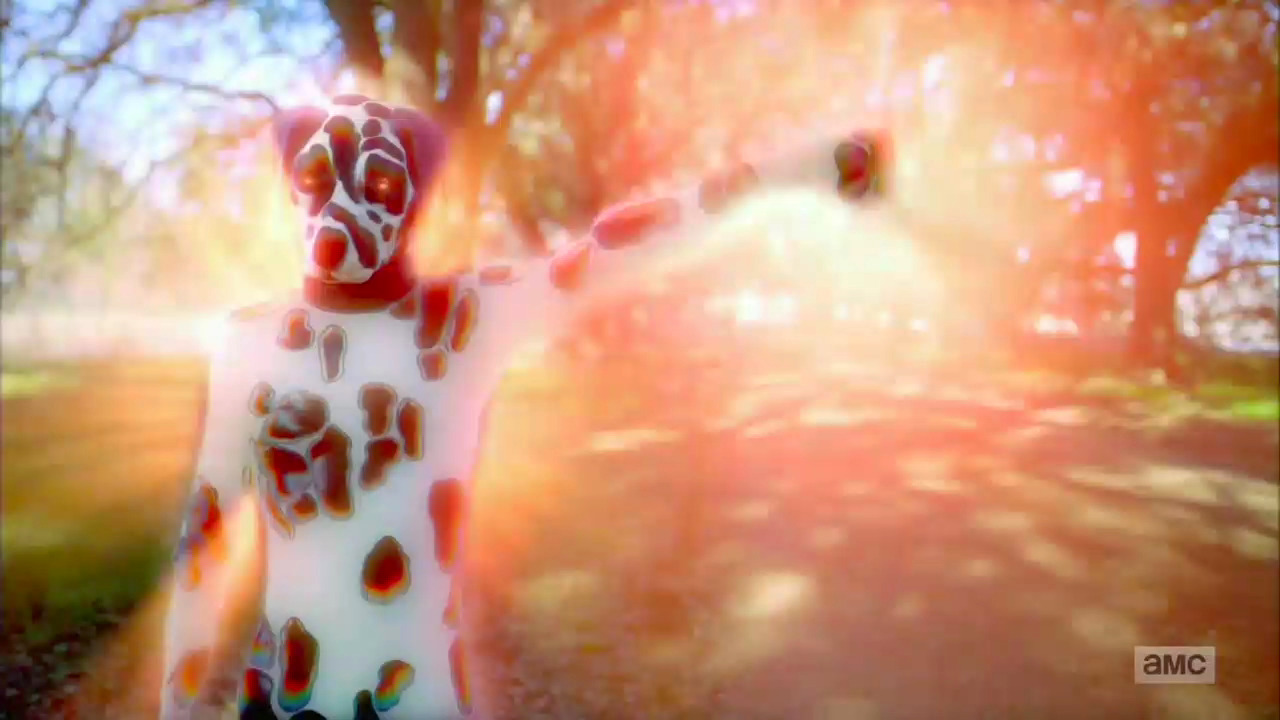 AMC’s Preacher is back, and it looks like it’s proceeding right on schedule. Already in the season three premiere, we’re kicking things off with the return of another outrageous and offensive image of God. At this rate, we’ll probably be scraping the bottom of the barrel by the Fourth of July.

The June 24 episode “Angelville” continues right where the season 2 finale left off with Preacher Jesse’s (Dominic Cooper) girlfriend Tulip (Ruth Negga) being inches away from death. Desperate, Jesse transports her to his estranged grandmother’s house to find a cure. Once he makes a bargain with his family, his grandmother manages to bring Tulip back from near-death, but not before Tulip has a rather enlightening vision.

Tulip: You brought me back?

God: No, that was another. But now that you, Tulip O'Hare, are returning to life, I'm counting on you for something very important, something to help me fulfill my Great Design. You have been chosen.

They aren’t joking with this scene, folks. That is supposed to be the actual God. The previous season featured Jesse and his friends scouring the Earth for God who had gone missing from Heaven. Eventually, Jesse came to discover that God was actually hiding out in a New Orleans strip club performing sexual acts while wearing a dog suit. From this scene, it appears they’re sticking with that image for the long run this year. And there’s still nine episodes to go.

Considering the previous season had gems such as smoking joints made from Bible pages and showing Jesus having sex, this is no longer shocking. It’s not even a surprise. It’s just another sad, pathetic attempt to remain edgy in a culture that already hates Christianity. At this point, I have to wonder who this is for anymore.