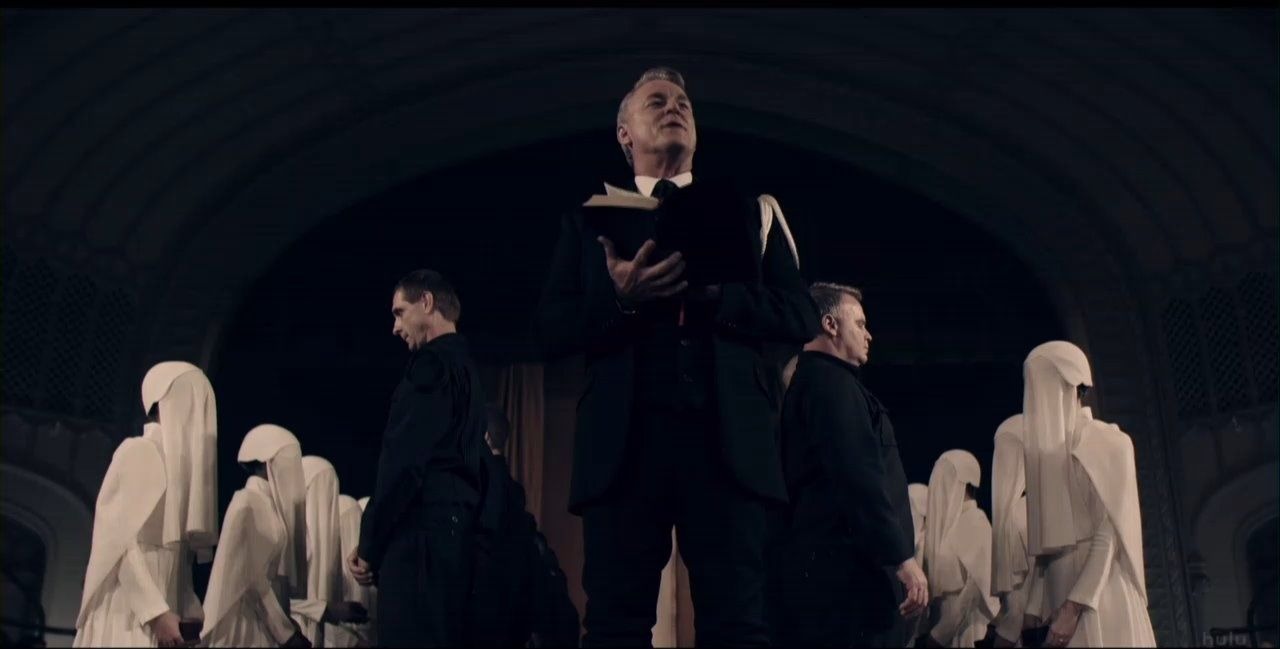 Hulu’s The Handmaid’s Tale is obviously more pro-left-wing-feminism than pro-Christianity. In fact, the series disparages Christianity any chance it can get. The latest episode provides another example with the fascist Christian society America will supposedly turn into, called Gilead, somehow justifying child brides.

The May 16 episode “Seeds” features a ceremony known as “Pray-vaganza,” which is a term so ridiculous even the characters mock it. At this ceremony, the city is to honor the police force known as the Guardians, in particular Nick Blaine (Max Minghella), who has a secret relationship with Offred/June (Elizabeth Moss), Commander Fred's (Joseph Fiennes) handmaid.

Fred's hateful wife Serena (Yvonne Strahovski) learns of the affair between Nick and June and quickly arranges for the ceremony to turn into a mass wedding, much to June’s shock and dismay. But the reveal of the brides is even more depressing, namely how young they look.

Priest: And therefore shall a man leave his father and his mother and shall cleave unto his wife. And they shall be one flesh. I now pronounce you man and wife.

Serena: They look so beautiful.

Priest: God blessed them. God said unto them “Be fruitful and multiply. Replenish the Earth.” May the Lord order your steps now and all the days of your life.

Here we have yet another depiction of how people consider the Judeo-Christian religion as a backwards, torture-based nightmare. In this society, people marry off underage girls to a round of applause and use Bible verses to justify it. It’s the perfect embodiment of everything liberals irrationally fear of conservatives.

Meanwhile, in the real world, some of the countries that have the highest rates of child brides, like Niger, Chad, and Bangladesh are, in fact, Muslim-majority nations. Combined with the image of veiled girls being forced into servitude, the show once again easily parallels extremist Islam practices but uses them to somehow smear Christianity.

However, there is one surprising bright side to the episode. In the final scene, June is kept in a hospital after complications with her pregnancy. Alone, she directly addresses her unborn baby for the first time and vows, “I will not let you grow up in this place... They do not own you. And they do not own what you will become.”

Despite the clearly anti-religious attitude along with the obvious feminist propaganda, the protagonist still recognizes the inherent value in an unborn life. With the current climate of demanding abortion on the taxpayers’ dime, that is the true resistance.