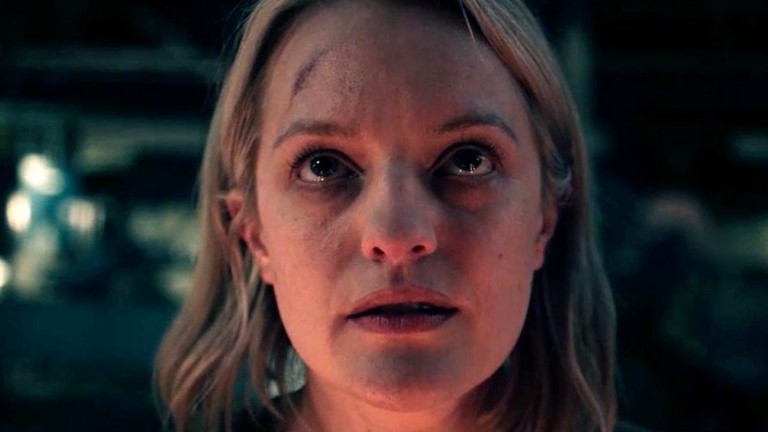 Wednesday saw the return of the left’s favorite "timely" and "relevant" post-apocalyptic dystopian series, The Handmaid’s Tale from Hulu. What began as a TV adaptation of a 1985 book by Margaret Atwood has morphed into a major expression of the #resistance movement against Trump. With a new season beginning, it looks like we’re in for another few months of feminist propaganda and political posturing, all in ugly red gowns.

Much like the first season, the second season premiere episodes ("June" and "Unwomen") offer much of the same sensationalized plot of the United States, now called the Republic of Gilead, falling under a theocratic dictatorship after environmental degradation leaves most of the female population infertile. To manage society, women are deprived of their rights to work, read, or even walk alone outside, and fertile women serve as “handmaids” to give birth for wealthy upperclassmen.

As it stands now, the new season is clearly still hung up on being the staunchly anti-Christian, feminist warning tale it began as. In the first episode alone, we return to the egregious torture of the handmaids by “Aunt” Lydia (Ann Dowd) who punished the women for refusing to stone their fellow handmaid in the previous finale. All in the name of God, of course.

Aunt Lydia: Such spoiled girls you are. Such spoiled brats. He has given you everything, but when He asks you for your faith, you refuse. You are told the will of God and you say, “I know better.” Arm up, dear. You say, “I know better than God Himself.” He loves you. He protects you. Don’t you remember what it was like before? Now you are safe. Girls, there is more than one kind of freedom. There is freedom to and freedom from. In the days of anarchy, it was freedom to. Now you are being given freedom from. That is a gift from God. Do not underrate it.

It’s fascinating how the series has been so quick to present radical Christianity as the problem when the Islamic state enacts a real-life Gilead on its own. Then again, they would have to acknowledge that maybe, just maybe, conservatives in America aren’t the ones feminists should be pointing fingers at as violent, sadistic oppressors. People have waited almost a year for a new episode, but it looks like we’ll have to wait far longer for a reality check.

However, this season is kicking things off with a little more social relevance as we follow flashbacks from the women's lives as they started to fall apart before they were forced to become handmaids. In one scene we see the government has forced Offred/June (Elisabeth Moss) to have her husband sign a permission slip to get birth control.

We learn that following an attack on the Capitol Building, "the law" forces Emily (Alexis Bledel) out of her teaching position because of her status as a lesbian. Later, when she tries to leave the country for Canada with her wife and child, her sexual orientation comes up again, ultimately preventing her from leaving.

ICE Supervisor: You’re the one who gave birth to the child?

Ice Supervisor: Was it your egg or an implanted embryo?

Emily: Why is that any of your business?

ICE Supervisor: Ma’am, this would go a lot faster if you cooperate.

ICE Supervisor: You should probably just send them on ahead.

ICE Supervisor: Well, you’re certainly not going to Montreal with them today, miss.

Emily: I spoke to the agent outside. We’re married. He said it was fine. Here.

ICE Supervisor: This is not valid.

Sylvia: It has the stamp.

ICE Supervisor: No, the document is no longer recognized. You are not married.

Emily: Forbidden? What does that mean?

ICE Supervisor: Forbidden by the law.

Impressive. Our soon-to-be future American society is anti-woman and anti-gay, and ICE officers can still be the bad guys. It’s like a window into the left's twisted nightmare of Trump’s America, except they think they're "woke." But don’t take my word for it:

Huffington Post remarks how the season “takes a present-day situation to its logical extreme.” The only word in that phrase that is accurate is "extreme."

The Los Angeles Times states, “Any questions on how a modern, democratic society devolves into a brutal, authoritarian regime almost overnight are addressed” within the first episode alone. So watch out, or it's gonna happen here next!

Leftist site Jezebel even posted a breathless article with the panicked title “Season 2 of The Handmaid's Tale Will Be Even Darker, As If I Can Handle That Right Now.” Apparently, some people can’t handle how “timely” this dark fantasy show is.

Yahoo says, "It’s a convincing glimpse into the way a free society slips inexorably toward authoritarianism" and "a world we now watch as a metaphor that seems to be shading into literal reality."

The fact that there are Americans who believe The Handmaid’s Tale is "shading into literal reality" is, honestly, the most unbelievable aspect of this unbelievable show. Anyone who thinks this needs to turn off their TV and get out into the real world. The series is no more based on reality than the book was three decades ago, and even then its relevance was nonexistent.

The only way The Handmaid’s Tale has any semblance to the modern world is if you look at certain regions under Islamic law where people are still stoned to death, women are forced to wear burkas and hijabs, and gays are sentenced to death. Those are the only brutal, patriarchal theocracies that have ever made any kind of threat to take over America. Instead we are told it's Donald Trump who will usher in this handmaiden hell, despite him taking steps to defeat radical Islam abroad and insure terrorists are not able to infiltrate our borders here at home.