'When We Rise' Hates on Republican Presidents, Shows Love to Hillary 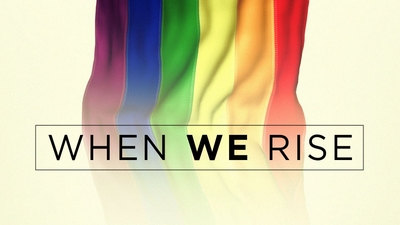 The slander of President Ronald Reagan’s legacy by liberal gay activists continues. After ignoring his influence in stopping California’s Prop 6 as governor, President Reagan is painted as a homophobe unwilling to acknowledge or help gays during the height of the AIDS crisis. This characterization of a conservative legend has been debunked but that still hasn’t stopped the liberal gay activists who choose to re-write history in the ABC gay propaganda miniseries When We Rise.

In a special that aired Thursday before the third installment "Night III," called “When We Rise: The People Behind the Story,” the executive producer of the series and the real life people portrayed in the series told their stories and continued the lies against Reagan. The president of GLAAD said it took President Reagan seven years to acknowledge the AIDS epidemic that began in 1981. Of course, that’s completely false. The Reagan Administration doubled AIDS funding every year starting in 1982 and President Reagan said AIDS was a “top priority” in 1985 and “One of our highest public health priorities is going to be continuing to find a cure for AIDS” in 1986.

The Reagan hate and then the hatred of President George H.W. Bush is on display when Cleve Jones (Guy Pearce) takes the AIDS quilt project to Washington, D.C. during Reagan’s terms as president and then Bush’s. He claims to invite them each year and each year they don’t respond to the invitation. There is a scene where President Bush is flying over the project ceremony in a helicopter coming from the White House and Cleve throws ashes at the helicopter in protest for being ignored.

Reporter #2: The quilt is a massive international effort done by friends and family of people who have died of AIDS.

Reporter #3: The names project, the 16-ton quilt, is made up of small, poignant, and intimate declarations of love.

Cleve: To remember the dead, we have sewn panels onto this ever-growing quilt. We will now begin the reading of the names. Marvin Feldman... Scott Rempel... Bobbi Campbell... This was a war. We were trying to stay alive. We were caring for the sick, burying our dead. Almost everyone I knew in San Francisco was gone. And very few, least of all the president, seemed to give a damn.  Just like Reagan, President Bush has ignored our invitation again. He will not be with us today. But he will be overhead. Shame! Shame!

After former Senator Trent Lott (R-MS) is shown giving a speech on homosexuality in the U.S. Senate, Richard Socarides, Clinton’s Senior Adviser on Gay and Lesbian issues says that even his own father, a psychiatrist who claims homosexuality is caused by absent fathers and overbearing mothers, isn’t as bad as Lott.

President Bill Clinton’s sop to the gay activists – his Don’t Ask, Don’t Tell policy (allowing gays to serve in the military if they kept their sexual choice to themselves) – was a bitter disappointment to them. Further angering the activists was the passage of DOMA – the Defense of Marriage Act. Amid the discord between the gay activists and Clinton, his staff decides to make him the first president to visit the AIDS quilt during its yearly display in Washington, D.C. President and Mrs. Clinton's attendance is portrayed as a huge moment, with Cleve speaking reverently about the experience, and footage of actor Guy Pearce CGI'd onto the original news video.

When We Rise creator and LGBT activist Dustin Lance Black told the gay publication The Advocate of the scene, "When Hillary Clinton comes on-screen, it’s undeniably heartbreaking, given where we stand right here at this moment."

Cleve: And by that year and that display, a generation after the epidemic began, 342,000 Americans had died. And still I had failed to get the attention of the federal government. 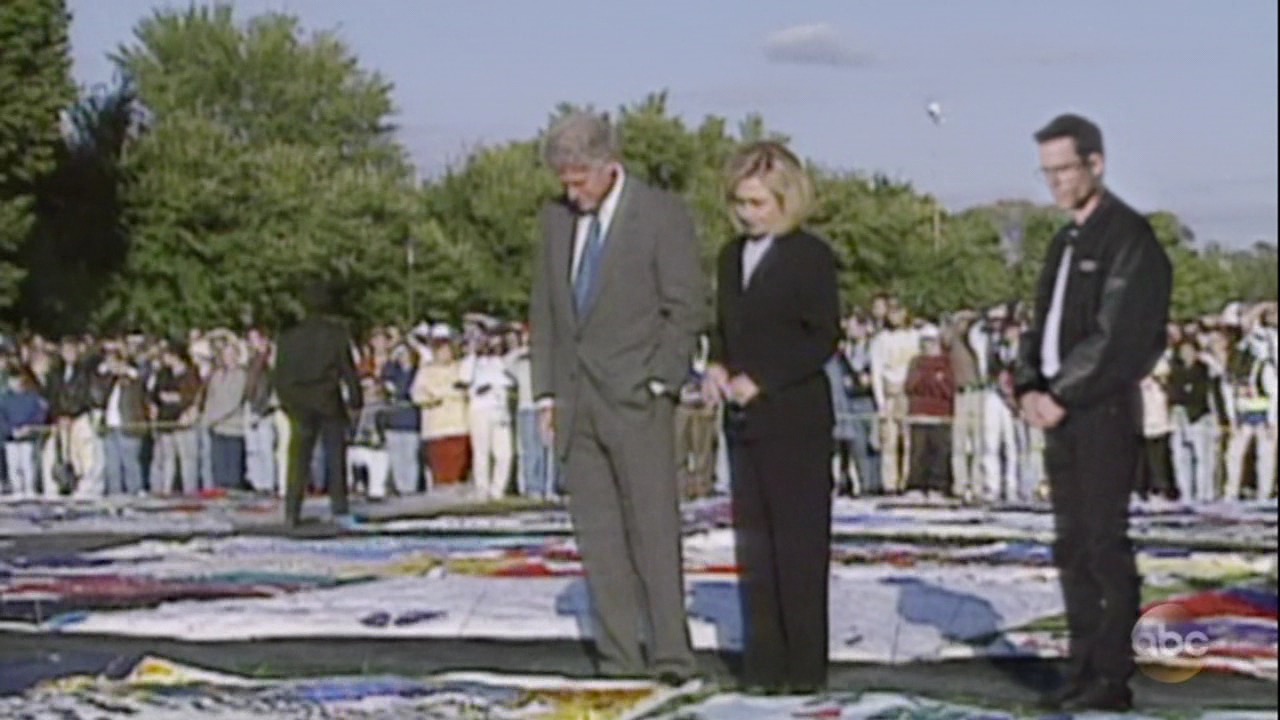 Still no U.S. President had visited the quilt. And then, like in a dream, all the people around me started to back away, and I saw men in suits with thin ropes keeping everybody back. And suddenly I was on my own in this ever-increasing field of quilt panels. And there they were -- the president and Mrs. Clinton. She said she'd known people who had died, so we looked for their names.

And then I said, "Mr. President, thank you for being the first United States president to ever visit the quilt, but I, sir, am only standing here today because..." I received access to new classes and combinations of drugs that others can't get. And we need you to ensure access for everybody because this is not just about gay people. It's not just about Americans. This is about families everywhere being ripped apart. And you, sir, can end this. We need your support. And this time it must be unequivocal.

A preview of tomorrow night’s installment – the last, thankfully – shows the debate in the Supreme Court on gay marriage. Let’s hope the show gets it right, not more fantasy about conservative presidents to suit its agenda. But something tells me they won't be highlighting President George W. Bush's tremendous work fighting AIDS in Africa.