Occultism Is the Religion of Millennial Progressives

Progressives “f*cking love science!” Really, they never tire of telling us that. Except when unborn babies are involved. Or dopey spiritualism. From silly daily horoscopes to public hexes against the President, the world of spiritual energy and incantations thought to be left behind in pagan Europe has now captured the imagination of the fastest growing “religious” group in America -- the “nones.” However, this acceptance of the occult seems more like a club against traditional Judeo-Christianity than a legitimate faith-based system of beliefs. 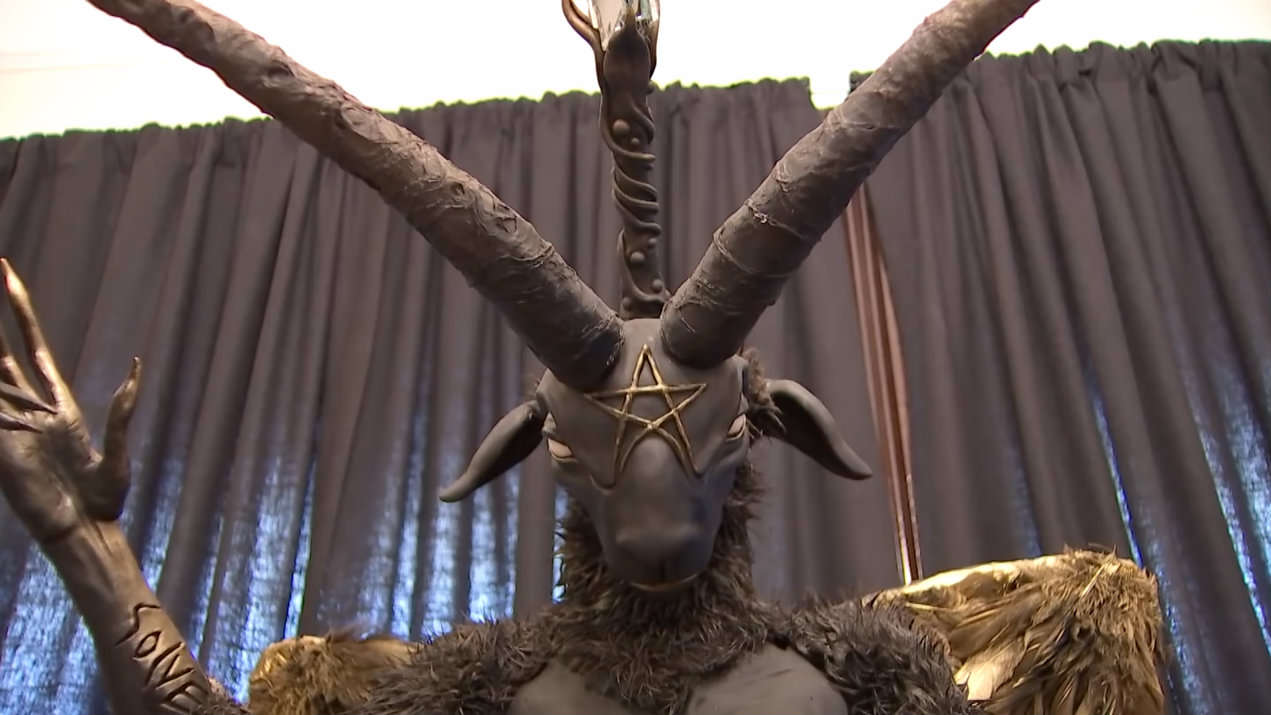 As pointed out in an article from The American Interest,

For an increasing number of left-leaning millennials—more and more of whom do not belong to any organized religion—occult spirituality isn’t just a form of personal practice, self-care with more sage. Rather, it’s a metaphysical canvas for the American culture wars in the post-Trump era: pitting the self-identified Davids of seemingly secular progressivism against the Goliath of nationalist evangelical Christianity.

This development is hardly surprising to those paying attention to the left’s growing interest in the occult. Last year, there were several instances of political black magic conjured against Trump’s presidency. In August, a group of radical feminists on NBC Left Field argued that witches are a “force of divine feminine power, and witches are what men like Donald Trump are afraid of.” In October, Bust.com advertised an event to publicly hex Brett Kavanaugh.

Major media outlets reported these instances without noting how those involved intentionally subvert Christianity. Instead, they treated ideas of witchcraft as a quaint fascination.

This flirtation with occultism has led to a quiet acceptance of its practices. In 2015, Hillary Clinton avoided requests to release her birth-time, sparking a controversy among astrologers (one described as “bizarre” by Vice). But in March of this year, Alexandria Ocasio-Cortez gladly obliged the astrologers' requests, sharing her entire birth chart to express her personal spiritual identity. The experts at Vox, The Cut, and Allure were gracious enough to provide readers with an in-depth explanation of AOC’s astrological chart.

According to The American Interest, the left’s embrace of occultism may be in rebellion to the established Christian ethos of the right. According to an Atlantic poll, Barack Obama is more popular than Jesus Christ with Democrats, and some segments of the left look to the demonic to undermine the President’s authority. After all, the left can no longer appeal to the same tradition as the religious right. For the past few decades, the left has painted the Judeo-Christian tradition as backwards, oppressive, and patriarchal. (It doesn’t help that some Mainline Protestant churches now exist to organize social justice rummage sales and stage "Beyoncé Masses.") Clearly, the best way to fight Christianity is to worship what Christians abhor.

As a result, many progressive “nones” are turning to anti-Christian cults whose principles conveniently align with liberal ideology. Two of which are The Satanic Temple and Wicca.

According to its website, The Satanic Temple is “a non-theistic movement aligned with Liberty Equality, and Rationalism.” Its ultimate goal is a total separation of church and state to spread secularism. To achieve this goal, the organization regularly uses its IRS tax exempt status to point out the absurdity of faith-based exceptions. The group made headlines when it toured the country placing a satanic idol next to statues of the Ten Commandments in front of state capitol buildings.

The Wicca website claims that the pagan religion is “a spiritual system that fosters the free thought and the will of the individual, encourages learning and an understanding of the earth and nature.” The website also provides lessons on witchcraft, citing astrology and Tarot cards as having magical powers. According to Quartzy, Trinity College found that there were 340,000 self-identified Wiccans/Pagans in 2008. In 2014, the Pew Research Center found that there 1 to 1.5 million. This growth is mainly driven by young feminists attracted by Wicca’s devotion to “the Goddess.”

The left’s promise of a secular world has left people wandering aimlessly in a world without meaning, clinging to whatever spiritual belief feels right to them. The allure of beliefs from taboo and unusual traditions is creating an ever-expanding group that vehemently opposes Judeo-Christian morality. The left wants to create a voter base that rivals the right’s Evangelical Christians, one that is comprised of anti-Christian cultists.