In “The New Witches of Salem: Feminist, Empowered and Anti-Trump,” a narrator named Haimy (just Haimy, last names being reactionary, of course) tells viewers, “A growing number of women and some men are being drawn to a brand of witchcraft and … it’s political.” What isn’t?

We’re introduced to some angry feminist “witches” who seem to make a good living selling New Age baubles to other angry feminists. Erica Feldman proudly proclaims her, er, witchiness, explaining, “I usually cite the acronym ‘Woman in Total Control of Herself.’” So clever, it's gotta be supernatural. Feel the power of the Dark One!

Back to the still surname-unemcumbered Haimy: “Around Erica’s store has formed a coven made up of astrologists, Reiki masters [whatever that is] and healers, including Erica’s fiance Melissa, who does Salem witch tours with a feminist focus.”

What does a witch do with her days, besides ripping off Salem tourists? Feldman says, “I practice witchcraft, I pull tarot cards, I have crystals everywhere, I make shrines, I cast spells, I meditate … But it’s sort of a political distinction and I think it, like, speaks to my radical feminism.”

Furthermore, witches are a “force of divine feminine power, and witches are what men like Donald Trump are afraid of.”

Haimy, no doubt because she's broken the patriarchal chains of having a last name, actually comes close to discovering something like a truth in Salem. “As young people become less religious in this country,” she says, “witches like Loreli and Erica continue to see their covens grow.” In the words of Chesterton, “When a man ceases to believe in God, he doesn’t believe in nothing. He believes in anything.”

And now, more insanity from the moon-bat left: 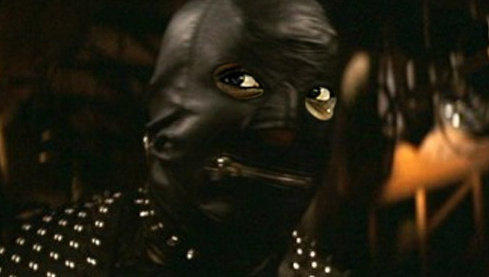 So far, so debased. But there’s a super alt-lefty kink to this story: Miss Velvet makes her clients read black feminist theory. And, she says, “They come back.” Some people are really turned on by pain.

How did she arrive at this particularly diabolical form of torture? She “began ‘doing a lot of theorizing’ about the power dynamics of a black woman holding that kind of supremacy over a white cisgender man.” And apparently, it’s not just the Johns that get a charge out of it.

Mistress Velvet tells Huff-Po, “I describe it as a form of reparations ― not in a systemic way like we’re getting land back, but definitely on an individual level, it provides me with an emotional sense of reparations.” So she’s getting her pound of flesh, so to speak. And she’ll never have to look back and regret that her education didn’t provide practical benefits.

Fish penis sex toy review. Lots of liberals seem to like the movie The Shape of Water. I won’t say it’s strictly because it’s heroine has sex with a sea monster, but the creature coitus doesn’t seem to have turned many off. In fact, a company has made a sex toy in the shape it imagines the fish’s phallus to be (the movie wasn’t that explicit.) 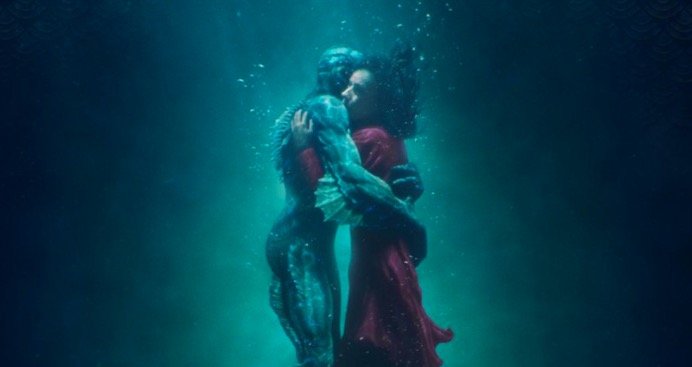 Doug Jones, the actor who played The Asset (the fish guy), isn’t very happy about it. He told The Wrap “After pouring my heart, soul, blood, sweat, and tears into this romantic, beautiful, magical role, the last thing I want to be remembered for is a silicone appendage that comes in two sizes.” Indeed.

Don’t you culturally appropriate my dumb comic book movie! Black Panther is set to be the biggest thing ever to happen to movies -- maybe the biggest thing ever to happen in America. In fact, in world history only the extinction of the dinosaurs and Constantine’s conversion come close to this comic book flick about a black superhero who lives in an imaginary, technologically advanced African kingdom. 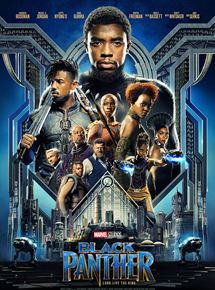 And the merchandising is equally epic. Aye, there’s the rub, according to The New York Times’s Vanessa K. De Luca. “Black Panther costumes — whether the character’s full raiment or just his claws and mask — are on toy store shelves (and, of course, on Amazon) in anticipation of the film’s Feb. 16 release.”

And that means white kids will the get their doughy little hands on Black Panther merch. “At best,” De Luca sayd, “the character get-ups speak to the enthusiastic embrace of a black superhero. At worst, they could be perceived as an unwitting form of cultural appropriation, which has in recent years become a subject of freighted discourse.”

“As parents, or even as the people creating costumes, we need to be very aware of what that [presumably allowing the pasty preteens to cover their privileged mugs with black panther masks] says,” Vittrup said. “There’s not a whole lot of black superheroes, so this is a really important thing, especially for black kids growing up.”

While DeLuca mostly found sensible people -- from stars of the movie to suburban moms who didn’t play the identity politics game -- she knew she could go back to vittrup for some New York Times-caliber experting:

“Kids are not colorblind,” she said. “There’s a lot of structural inequality in our society, and kids are noticing that. By not mentioning it, by not talking about it, we’re essentially preserving the status quo.”

And by hammering it constantly, we’re preserving a bunch of insular, distrustful and entitled kids who don’t learn to take individuals as they come.