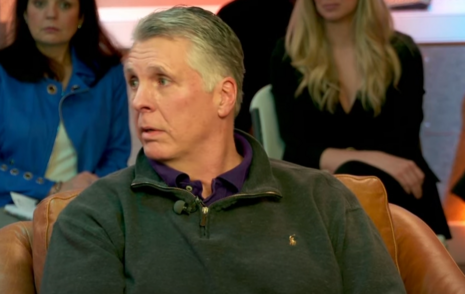 The “COVID Cartel” has censored and canceled American skeptics of the vaccine for nearly three years, but last night several of them told their horror stories on Jason Whitlock’s Fearless special. Silenced no more, many of these victims of Big Government, Big Pharma, Big Tech and Big Media revealed shocking and heartbreaking realities that should never happen in this country.

U.S. Sen. Ron Johnson (Rep-Wis.) called the cover-up of harms caused by the vaccine “corrupt” and “maniacal.” He said the pandemic provided “a golden opportunity to create a climate of fear in order to gain power and control of the citizens.” Along with a persistent state of denial about the collateral damage of the health of many Americans.

In an op-ed last year, Sen. Johnson said the timing of scapegoating the unvaccinated for the ongoing pandemic was no coincidence.

The most poignant portion of the 3-hour-plus Fearless special was the story of Green Bay Packers’ Hall of Famer Ken Ruettgers (in photo), his wife Sheryl and her support group for women suffering ill effects caused by vaccinations. She thought the vaccine was safe, but a day after her shot in 2021, she experienced tingling of her lymph nodes, swelling and burning on her scalp. A baffled neurologist seriously suggested she take the booster shot and just see what happens.

A female doctor had the same physical symptoms as Sheryl Ruettgers, and the two of them started a Facebook support group that grew to more than a thousand participants. She contacted the National Institute of Health and got no response. She also interviewed victims, like a 12-year-old girl who became an invalid after vaccination. You can probably guess what eventually happened. Yeah, Facebook shut them down.

The Ruettgers contacted Sen. Johnson, who arranged a press conference for them in Milwaukee with two other couples adversely impacted by vaccinations. After they told their stories, TV cameramen were moved to tears, but the first media question accused them of gold-digging.

Ken Mauer, Jr., the NBA official who was fired for refusing to vaccinate, also appeared on Fearless. He said people are being hurt and losing their lives because of adverse reactions, and said he stood on the principle of freedom. A Christian, Mauer says he’s proud to be part of the opposition to the vaccination.

John Stockton put Gonzaga University on the map through his storied basketball career, but the Spokane school put him off the campus. He refused the vaccination, and now he’s not even welcome to attend Bulldog basketball games. “It’s my duty to stand up for the kids that are giving away their freedom, the freedom that our parents and grandparents fought for” he said.

Whitlock’s special also featured two ESPN employees who refused the vaccination and got fired. Beth Faber was a producer for 29 years, but the Christian pro-lifer was denied a religious exemption. MLB and broadcasting veteran Chris Singleton also got a pink slip for declining the vaccination. He saw it as a human right to control his health decisions.

Nick Rolovich lost his job as head football coach at Washington State U., along with the highest salary of all state employees in Washington. His religious exemption request was also denied, and he was escorted off the campus by police. Rolovich’s lawsuit is progressing, he is asking God for strength and trying to be the best person he can be for his family and community.