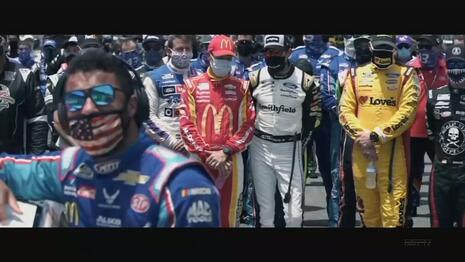 On Tuesday, ESPN knowingly tweeted a lie as the worldwide leader in liberally slanted sports created a workplace environment that incentivizes employees to lie by exposing racism and white supremacy – real or imagined, as per Outkick’s Bobby Burack.

This week’s big ESPN lie was that as last year, NASCAR said a noose had been found in the garage stall of NASCAR driver Bubba Wallace at the Talladega Superspeedway. The noose supposedly referenced black lynchings from yesteryear even though ESPN had previously reported that an FBI investigation revealed the rope was actually a garage door opener, had previously been in place, and had nothing whatsoever to do with the threat of lynching.

This is commonplace at ESPN, Burack contended, because “the demand for anti-black racism so clearly exceeds the supply, ESPN hosts, producers and writers have had to make desperate reaches and/or skip the fact-checking process to support their arguments.”

The lie about Wallace was that he was a victim of a hate crime and that NASCAR and white people are racist. Note the Dec. 14, 2021 date on the Tweet below: 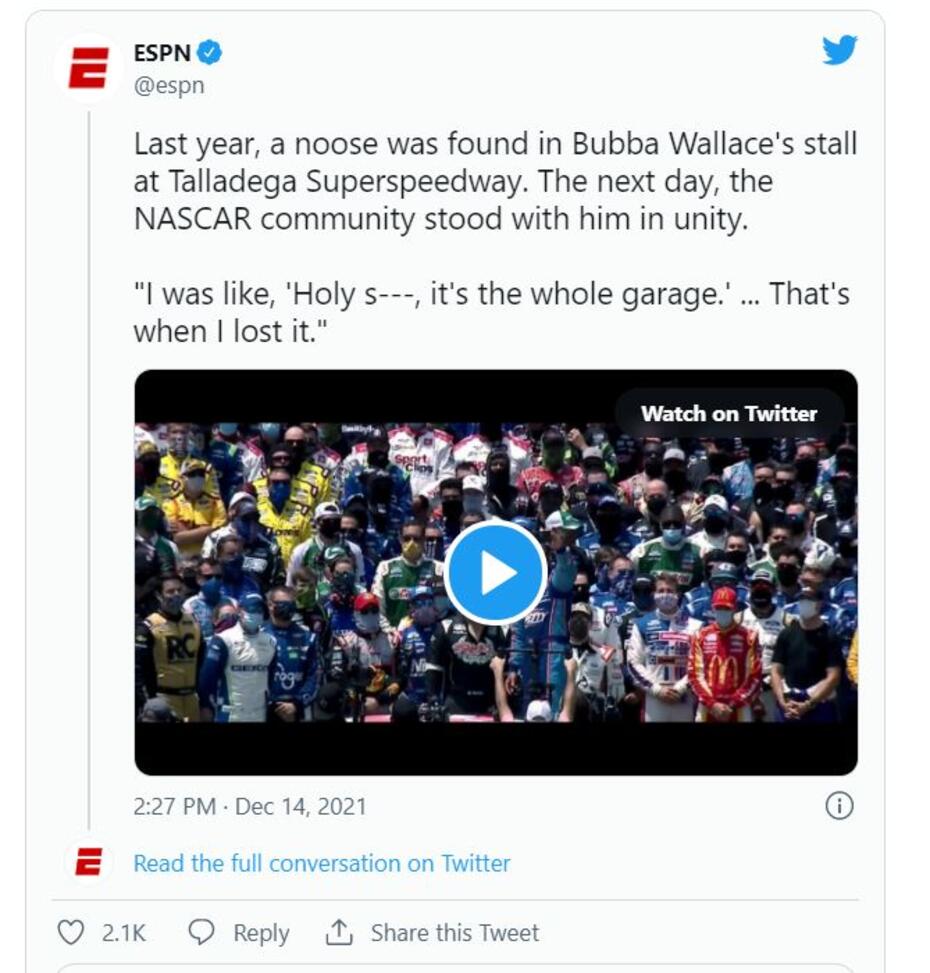 In June 2020, ESPN.com posted a headline stating, “FBI says rope had been in Talladega garage since October; Bubba Wallace not victim of hate crime.”

Why the obvious lie? “The truth is, ESPN has been lying about stories to frame black people as victims and white people as racists for over a year,” Burack wrote, before listing a litany of falsehoods.

For instance, last month ESPN pundit and former NBA player Jalen Rose said on NBA Countdown that the police in Kenosha, Wis., shot and killed Jacob Blake, an innocent man. In truth, he was paralyzed and not killed. Police were present to arrest him on allegations of sexual assault, he resisted arrest and brandished a knife.

“This is an egregious programming failure across all parts of the network, particularly considering how tense the country is now and how many people will never know the truth. ESPN should have never devoted a segment to this [Blake] story – it isn’t remotely a sports story at this point – but if they are going to do so the absolute least they can do is manage to get the basic facts correct. The network owes the entire country an apology.”

Jones struck again by claiming police officers are more likely to murder blacks than to protect them. That’s a big fat lie that does nothing to benefit race relations.

Less than a month went by when ESPN’s Adrian Wojnarowski wrote a column further incriminating supposed white racists by repeating the same disgusting lie about Blake being unarmed.

The lies kept coming as Richard Jefferson said on ESPN that Kyle Rittenhouse had crossed state lines with an AR-15. Completely false.

Burack also made the point that talking heads on ESPN’s daily programs make absurdly false accusations. For example, they say the NFL holds back blacks even though 70 percent of its players are black.

Outkick asked ESPN to comment on some of the above lies, but received no response.

Several ESPN employees knew it was spreading a lies, but no one had the courage to speak up. No news or sports network in America is more “irresponsible” than ESPN. Its failures are “egregious and inexcusable,” Burack added.

Burack blamed ESPN’s race-baiting culture on the fearful course its leaders adopted after the George Floyd murder. Sadly and disgustingly, the network’s pattern of lies and disinformation is also a blight upon journalism.