Chinese Court Calls Homosexuality a ‘Disorder,’ Will Disney and The NBA Boycott? 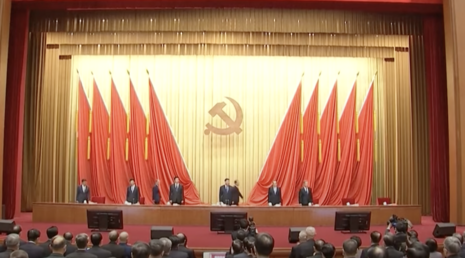 National Review’s Jim Geraghty published a piece on March 3 noting that a Chinese court recently upheld a definition of homosexuality as a “psychological disorder.” Geraghty expressed skepticism that woke companies that do business China will reconsider their deals in the communist-governed country, or at least acknowledge how “un-inclusive” it is.

He shared a South China Morning Post report which detailed how the “Suqian Intermediate People’s Court” of Jiangsu province struck down a lawsuit filed by a pro-LGBTQ Chinese woman against a textbook which called homosexuality a “psychological disorder.” The court denied the young women’s complaint that the textbook’s claim was a “factual error” and ruled that it was allowed to stand as an “academic view."

The Chinese paper said the textbook, which is used by a number of Chinese universities, “listed homosexuality under ‘common psychosexual disorders’ — along with cross-dressing and fetishism.”

The woman who brought the suit in late 2020, expressed her concern “that it [textbook] was perpetuating the belief that being gay was wrong.” Of course, Geraghtry’s follow-up question was how do woke companies like Apple, Disney, the NBA etc. deal with a society that’s OK with the viewpoint that homosexuality is a mental illness? After all, said companies berate audiences and even fire employees who express opinions only slightly right of extreme far left. Remember what happened to Gina Carano?

Geraghtry elaborated that these companies “would never accept a subsidiary, partner, or perhaps even customers who contended that homosexuality was a ‘common psychosexual disorder’ or who labeled gay and lesbian relationships as a ‘perversion of the sex partner.’” Of course not. Disney for example is inclined to rebuke or even fire those that don’t promote the leftist viewpoint.

In addition to firing Gina Carano, Disney higher ups have even threatened boycotts of state governments like Georgia’s, because of pro-life legislation. But in their 2020 Mulan remake, the company thanked the government of Xinjiang Province for allowing them to film on location. That same government is putting Chinese Uyghur Muslims into concentration camps.

The NBA and their diva icon LeBron James are all for fighting America’s “white supremacy” with their Black Lives Matter-approved talking points. Yet the sports corporation said nothing about the communist Chinese government’s crackdown on Hong Kong citizens throughout 2019 and 2020.

If these companies slide on this issue of homosexuality being a “disorder” it just proves their hypocrisy. Are they about “inclusivity,” or just about profiting in a marketplace where “inclusivity” sells? Or, on the flip-side, profiting in a marketplace where "anti-gay" viewpoints sell? We think we know the answer. But the ball is still in their court.

If you are tired of Disney's hypocrisy, their terrible treatment of conservatives, and apathy towards the Uighur genocide in China, feel free to tell them at their feedback page on the Disney+ website.