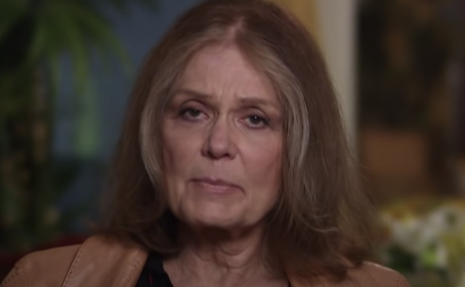 It turns out that people like Handmaid's Tale author Margaret Atwood, J.K. Rowling, M.I.T. commie nut Noam Chomsky, liberal journalist Olivia Nuzzi from New York Magazine (yes, this reporter), and legendary progressive E.R.A. activist Gloria Steinem are pleading that the left not take things too far in their cultural revolution. Despite how amazing it would be to do so, we are going to stay away from saying a big fat, “We told you so.”

Harper’s Magazine published the letter on July 7 to which lefty celebs like Atwood, Steinem, CNN’s Fareed Zakaria, Trump-loathing chess champion Gary Kasparov, and at least one hundred and fifty others added their signatures, standing against the reckless censorship inspired by Black Lives Matter, which has weaponized a vendetta against any thought that doesn’t conform to its extreme left agenda.

Think of it this way, this is a pantheon of lefties, many of whom were relevant until BLM started attacking anyone and everyone over the last month or so, admitting things have gone wrong because of radical leftism. Even funnier is that somehow Trump isn’t the only source of their suffering anymore. Of course, they’ll never characterize it as such, but it’s obvious that’s the case here.

In the letter, titled, “A Letter on Justice and Open Debate,” Harper’s Mag and its lefty supporters lamented the fact that the “needed reckoning” of our society over “racial and social justice” has “intensified a new set of moral attitudes and political commitments that tend to weaken our norms of open debate and toleration of differences in favor of ideological conformity.”

So many of these people spout constant rhetoric that conservatives and Trump voters are literally evil misogynists and racists and that this country oppresses minorities, and they are surprised when impressionable folks take them seriously?

Of course, they mention that Trump is still evil, by asserting that “the forces of illiberalism are gaining strength throughout the world and have a powerful ally in Donald Trump, who represents a real threat to democracy” but they recognize that their own side has taken on a mind of its own in response to Trump. They wrote, “But resistance must not be allowed to harden into its own brand of dogma or coercion—which right-wing demagogues are already exploiting.” Though, clearly, they don’t need our help.

The lines just keep getting better and better. The letter claimed, “censoriousness is also spreading more widely in our [progressive] culture: an intolerance of opposing views, a vogue for public shaming and ostracism, and the tendency to dissolve complex policy issues in a blinding moral certainty.” Though, why are these people worried? This is clearly where progressivism was heading all along.

“The restriction of debate, whether by a repressive government or an intolerant society, invariably hurts those who lack power and makes everyone less capable of democratic participation,” the piece continued, admitting that “the way to defeat bad ideas is by exposure, argument, and persuasion, not by trying to silence or wish them away.” Oh, would you look at that? Only as the left is being pushed off the cliff do they finally value free speech.