HuffPost Demands ‘Dangerous’ Christians Give Up Their Faith For LGBTQ Groups 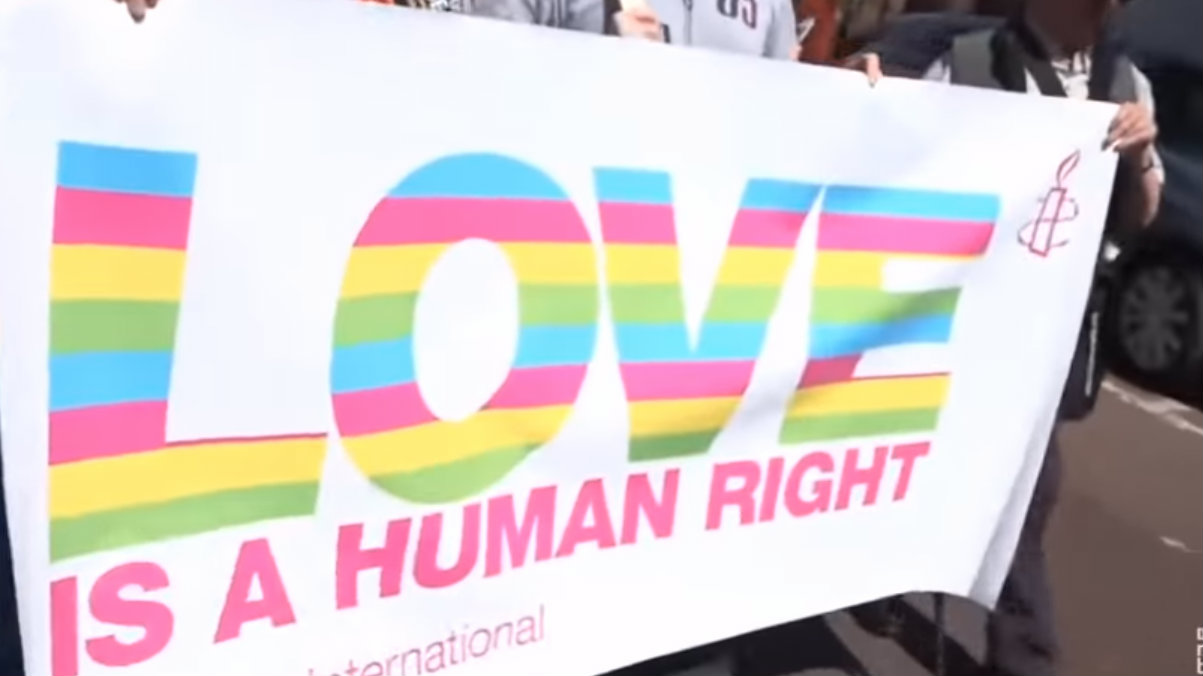 Kudos to the Huffpost for trying to find some common ground between the LGBTQ community and Christians. And by finding common ground, we mean adopting a scorched earth/take-no-prisoners tactic in its war against those with different points of view.

Huffpo’s little educational piece, titled “Christians, Here’s How To Affirm Your Queer Friends,” is an uncompromising list of demands for traditional Christians who, whether they’ve intended it or not, have caused great harm to fragile LGBTQ psyches throughout history. They’ve come for their revenge, and it’s not just about treating your gay neighbor civilly. You will accommodate his/her/their every wish or consider yourself guilty of violence.

Essentially, Sunday school repression has destroyed the well-beings of many a queer kid, and the years of confusion following Sister Mary’s aversion to hosting lesbian sex education classes means a reckoning is on the horizon.

Author Hannah Brashers employs the best example of how Christians should not treat gay people and then insists that this is what people of faith do. Furthermore she refuses the counterpoint that actual Christians aren’t like because that would just be inconvenient, wouldn’t it?

She begins, “I grew up in a tiny fundamentialist church where I was told every Sunday how evil ‘homosexuals’ were.” She adds, “The pastor’s voice would shake with anger as he compared gay people to pedophiles. I knew I was gay, but any time I had thoughts about women, I instantly suppressed them.”

Because of such normal everyday Christian behavior, when Brashers began dating women, “I had panic attacks and nausea so severe that I threw up a few times a week.” She adds, “I share my story because I want people to know how damaging the religion can be and I want people like myself to feel less alone.”

What gives? Even old-school conservatives know that the “God Hates F*gs” gang is a tiny fringe. Nope, can’t go there. Brashers can’t stand people who insist that “that’s not what real Christianity is,” calling the notion “manipulative,” “a form of gaslighting” and saying that it “silences the stories of queer people.”

So what’s the alternative? Take the blame for overzealous whackos and have the the Gospel furthered forced out of the public square? Precisely. Brashers’ opinion represents the current state of LGBTQ politics which is a bit more aggressive than the movement's older trope of “Live and let live.”

After calling Christianity “dangerous to the LGBTQ community,” Brashers lists her demands for “queer-affirming” Christians, which require total capitulation to the LGBTQ lobby. She writes, “firstly, affirming 100% of our identities is crucial. So many of us are used to the homophobic Christians who use the ‘love the sinner; hate the sin’ trope.” Yeah we can’t even disagree in private anymore. Transgender four-year-olds, for example, are now a beautiful reality.

“Secondly,” she writes, “recognizing the pain that Christianity has inflicted on queer communities is important … a real apology can go a long way.” Yes, we must admit that the Bible and church teachings have been in error, and amend them. What else?

And “thirdly,” Brashers adds, “it is also crucial for queer-affirming Christians to hold other Christians accountable.” This is what “ally-ship looks like,” she claims. Mmm-hmm, always remember to reveal the full identity of non-queer-affirming heretics to the Bureau.

Satire aside, this type of rhetoric should be a wake up call for moderate conservatives who think that LGBTQers just want to co-exist. They need to alter or eradicate groups that don’t think like them.