Hot off the heels of the U.S. Women’s World Cup victory, Hollywood and the media jumped at the pseudo-issue that is a pay disparity between women and men players, parroting the line that the gals are being shafted in their salaries. If only these folks were interested in the simple economic facts of the matter, like the glaring one that a Men’s World Cup tournament drags in “40x as much revenue” as the female tournament. 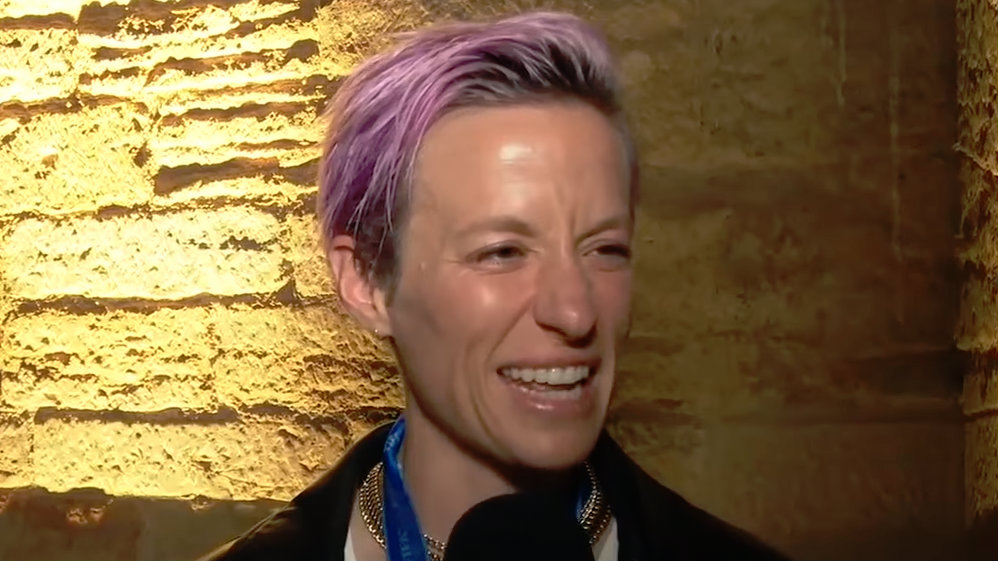 Since the Team USA women were made into SJW darlings, led by Megan Rapinoe’s disdain for Trump’s “fucking White House,” the media have followed them down every social justice rabbit hole, most notably applauding their war against the nefarious “gender pay gap.” The women have gone so far as filing a lawsuit against the United States Soccer Federation based on their perceived inequity, and clueless Americans are going along for the ride.

As reported by CNN’s Brian Stelter, a U.S. women's team spokeswoman claimed, “These athletes generate more revenue and garner higher TV ratings but get paid less simply because they are women. It is time for the Federation to correct this disparity once and for all.” It’s become a rallying cry for the U.S. women’s team. After their victory in the tournament's final, the crowd chanted, “EQUAL PAY! EQUAL PAY!” (They also chanted “Fuck Trump” -- classless, but not a bad idea if you’re trying to get Brian Stelter’s attention.)

The newfound media darlings’ claim reverberated across social media, catching the eyes of lefty celebs. Rapper and mogul Snoop Dogg slammed the fact that even though the U.S. ladies’ team does better than the U.S. men, they don’t get paid nearly as much. In a video the celebrity claimed, “The sorry ass f*cking men from the U.S. soccer team, they ain't ever won sh*t, ain't gonna ever win sh*t, can't get out the f*cking first round… Man, PAY THEM LADIES!”

Orange Is The New Black actress Uzo Aduba congratulated the team on Twitter and included support for their equal pay campaign. She tweeted, “You ladies are CHAMPIONS and deserve it all. Here’s to today’s victory and more victories ahead!!! #onenationoneteam #fifa19 #gamechangers #EqualPayNow.”

The Daily Show co-creator and abortion enthusiast Lizz Winstead tweeted a photo of women’s team captain Megan Rapinoe mocking British media commentator Piers Morgan for his comment on her keeping her social justice complaints to herself. In her caption Winstead added, “#equalpaynow.”

Combine that with the many journalists pushing this claim, such as CNN’s Stelter, Buzzfeed writer Brianna Sacks, and Wall Street Journal’s Rachel Bachman, one would think that there may be something to Hollywood’s and the women’s complaint of inequity. After all, NBCnews.com reported that the ladies were paid “$1.725 million in bonuses after winning the Women's World Cup in 2015, significantly less than the $5.375 million in bonuses that the federation paid U.S. male players in 2014 — a year when the men only made it to the 16th round of the World Cup.” What gives?

However, as both Forbes and Twitter user @AG_Conservative pointed out, the perceived discrepancy lies in the fact that regardless of the success of either team, each were paid proportionately to the revenue generated by the tournaments they participated in. The ladies’ lawsuit explicitly revolved around World Cup salaries and bonuses, a parameter in which Forbes reported “the men's World Cup in Russia (2018) generated over $6 billion in revenue, with the participating teams sharing $400 million… Meanwhile, the Women's World Cup is expected to earn $131 million for the full four-year cycle 2019-22 and dole out $30 million to the participating teams.”

@AG_Conservative went after Stelter’s tweet, explaining the same phenomenon. He wrote, “The men’s side brings in over 40X as much revenue and has much higher ratings, yet the winners only get paid 4x as much. How is this hard to understand?” He broke down the numbers even further in an earlier tweet, adding that “People seem confused about World Cup pay. Each team gets paid from a total pot.” If anything, he implied that men get paid less than women in proportion to the funds generated by the respective tournaments.

It’s a hard truth to swallow when the left is clamoring for their purple-haired, LGBTQ inclined ladies to smash the patriarchy. Regardless of the U.S. women’s talent or historical winning record, women’s soccer just doesn’t bring in as much money.