Americans don’t learn much about the American founding in school anymore, so other institutions have stepped into the gap, including progressive Broadway. So we get rapping Hamilton, and now a play whose point is to convince us that the Constitution is a largely obsolete document in our brave new world, leading to societal problems, particularly in putting “women’s bodies on the line.” 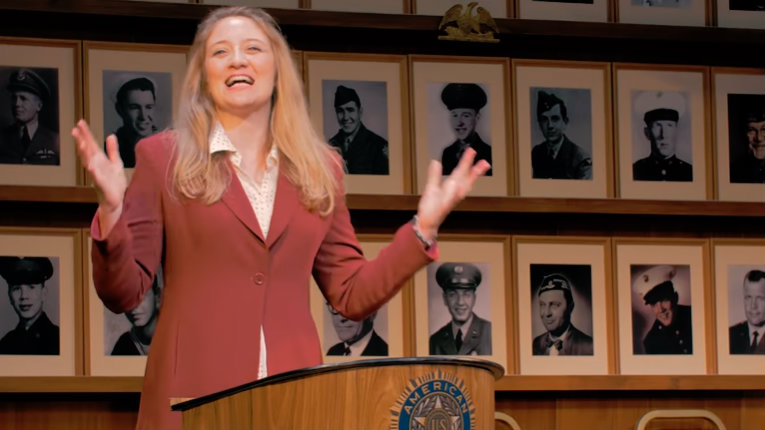 Thespian Heidi Schreck’s Tony-nominated What The Constitution Means to Me provides a skeptical look at the importance of the founding document, stating that currently, “this 231-year-old document shapes, limits, protects or even ruins the lives of people who often have very little access to the high-minded rhetoric of law schools and court rooms.”

Schreck, whose play is a finalist for the 2019 Pulitzer Prize for Drama, discussed with Salon that many Americans’ strict adherence to the Constitution as it was written doesn’t provide necessary protections for women, like explicit protections for “abortions,” and “bodily autonomy,” and protections from “domestic violence.”

She recalled being fascinated and enamored with the Constitution since an early age, but after dealing with her family’s own history of sexual violence and seeing lawyers being “unsuccessful at finding Constitutional protections for women,” Schreck began to “question all of my assumptions.” And because she stopped viewing it that way, we should to.

The Constitution, she said, “holds us back;” and through “positioning itself as a neutral document,” it “actually perpetuates violence and racism and misogyny.”

Of course you see where this is going. Schreck and her stagecraft are here to convince audiences to let the “living, breathing” interpretation of the document really take flight. Schreck told Salon, “I don't want to abolish the Constitution. I think that would be terrifying. There's no way to do it in a way that I don't think would bring chaos and destruction. I do wish we could amend it.” Yes, if only there were a process with which to amend the Constitution.

The real passion that drives Schreck here, is the fact that she sees America and its founding framework as inherently patriarchal. She claimed, “How does something like law, especially law that was created by men for men by white men for white men, how does that deal with something as specific as women's bodies?” Ah yes, the revenge politics finally rears its ugly head. And to think this was leading up to be a profound and innovative new interpretation. Just kidding.

Schreck added, “I don't understand how a government mostly run by white men can possibly make good decisions for the entire country.” They don’t know what it’s like to have a woman’s body, therefore “there is no way you can make the best possible choice for other people. I feel like that is clear in the case of abortion.”

Those darned framers -- they just didn’t foresee a nation where we slaughter infants for convenience.