Anita Hill, Katy Perry to be Acknowledged for ‘Lifetime’ Achievements in Feminism

Both Singer/songwriter Katy Perry and Clarence Thomas’ accuser Anita Hill will be honored at yet another political awards show next month. The idea of the this probably gets people wondering: “For what? Being fraudulent political hacks?”

Well word on the street is they’re being honored for their unique contributions to feminism, so actually, yeah. 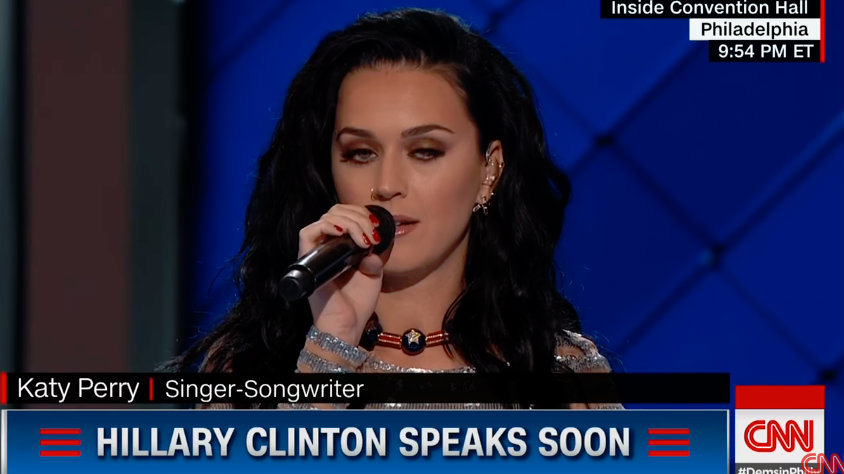 The Diane Von Furstenberg Awards, (that sure rolls off the tongue as smoothly as Oscars or Grammys do) is having its tenth annual evening this year. Named for the famed fashion designer, the “Fursties,” as we’ll call them, is another glittering event to celebrate powerful women who have been sticking it to the patriarchy, and by that we mean acknowledging women who write bubblegum pop songs for tweens with self-esteem issues and those gals around the world trying to smear the good name of potential SCOTUS nominees. Simply delightful.

The event will be hosted at the Brooklyn Museum in New York on April 11, and will recognize Perry with the “Inspiration” award for “her work as a UNICEF Goodwill Ambassador and LGBTQ equality advocate,” and recognize Hill with the “Lifetime” award for her stint as chairwoman on “Hollywood's Commission on Sexual Harassment and Advancing Equality in the Workplace.” It seems the ‘Fursties’ misspelled Irony as “L-i-f-e-t-i-m-e.”

Both honorees will be awarded with “$50,000 toward their affiliated nonprofit through The Diller von Furstenberg Family Foundation.”

Anyways, Von Furstenberg simply adores pop culture feminists. Next to gaudy fashion lines, the woman champions bashing female kind's tyrannical oppressors. For instance, she commissioned portraits of “37 pop culture women she admires — from Lady Gaga to Oprah Winfrey” for this year’s International Women’s Day. She also recently spoke to The Hollywood Reporter all about men’s “abuse of power” and decried the fact that women are often “being treated as a piece of meat.” And you know what, that can be a fine assessment. But Katie Perry low-cut dresses seem a bit calculated to make her a more appetizing steak.

We all know that the Hollywood and fashion industry love women who subvert for the sake of a little girl power. Just take Hollywood Reporter’s glowing appraisal of Katy Perry’s feminist antics. THR acknowledged Perry for being “active in the 2016 presidential election as a Hillary Clinton supporter (and Nasty Woman shirt-wearer).” Wonderful, eh? Well we’ll just ignore the plight of Juanita Broaddrick, so we too can safely agree.