NBC Lumps in Conservative Catholics With the ‘Alt-Right’

It’s a sneaky tactic that the left uses in order discredit a portion of individuals who disagree with their politics: push the narrative that those folks are part of a divisive right-wing mob. Conservative Catholics in this day and age are susceptible to this, even being labeled “alt-right” because they don’t agree with homosexual lifestyles. 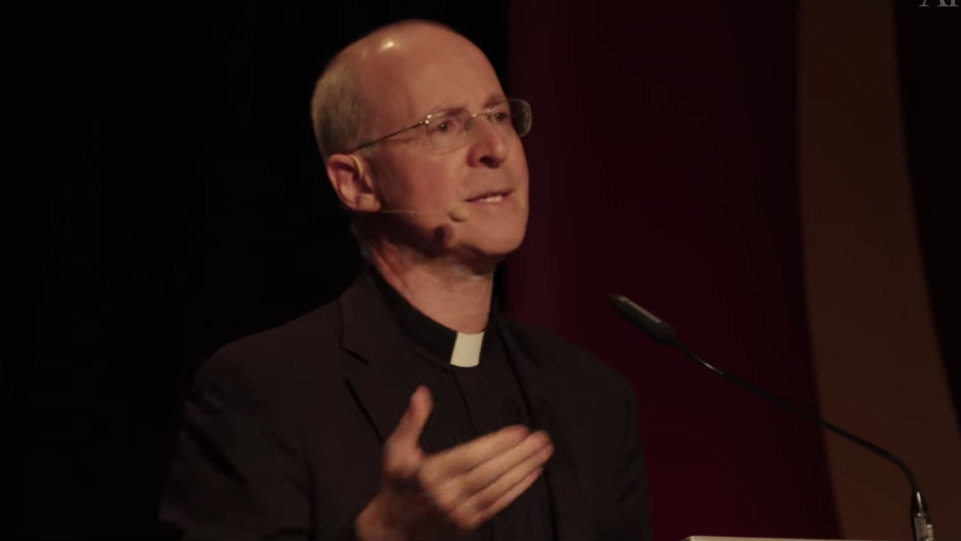 NBC News.com published an article on Sunday that attacked conservative Catholic outlets such as LifeSite News and The Lepanto Institute for “ratcheting up the rhetoric while replacing polite and respectful discourse with personal attacks on supporters of gay Catholics.”

For those familiar with Catholicism, official Church teaching has always disapproved of homosexual activities, stopping short of punishing individuals who engage in such action, as forgiveness and redemption for such people is always to be sought after.

Now, outlets like LifeSite, which are consistent with this traditional line, are being included in a grouping that Fordham University theologian Jason Steidl calls the “Catholic alt-right.”

Steidl claimed, “We haven’t seen anything like this before. I think they are part of a bigger cultural movement. These people have hitched their wagons to Trump’s presidency, to his tactics.”

Of course, liberals who align conservative Catholics with Trump are insinuating that this is a movement based on what they see as the president’s divisive, fear-mongering political tactics. Though, as stated before, the Church’s view on homosexuality has been taught for thousands of years, so it’s never been about Donald Trump.

Still, NBC News cited the opinion of Rev. James Martin, a Catholic cleric who has gotten into hot water with conservative Church members over what they see as his lackadaisical views on unchanging teachings. In other words, for traditionalists, Martin is too liberal. But that’s great for NBC, who quoted him as saying, “They inject fear, hatred and homophobia into religious discourse.

“They use the same tactics as the political alt-right: lies, personal vilification, and demonization of minority groups.”

While there are extremists who do so, the majority of Catholics who subscribe to the Church’s teachings on homosexuality do not use these tactics. They see all individuals as equally deserving of the message of Christ’s love, provided that they accept the Catholic standards of morality.

Lepanto Institute member Mike Hirchborn affirmed this, claiming, “The Lepanto Institute does not stand for anything beyond the absolute and immutable teachings of the Catholic Church. That does not make us ‘alt-right’ but fully faithful.”

If anything, it’s liberal Catholics like Rev. Martin who constitute the fringe groups that are drifting into waters outside of Church tradition. But this is what the left likes, so it’s going to cite him as an authority.

The left seems to have a real affinity for the prospect of a Catholic Church which embraces and celebrates an LGBTQ state of mind. They seem to jump to Pope Francis’ defense because they see his liberal and more tolerant policies as evidence that he may offer this LGBTQ embrace. This is evident in how the media has waved off accusations that Francis is being too lax in his handling of the recent clerical sexual assault allegations.

NBC News echoed this, arguing that the “Catholic alt-right” has “tried to weaponize the Pennsylvania grand jury report in August that named more than 300 ‘predator priests’ to scapegoat homosexuals, never mind that many of the 1,000 victimized children were girls.” In similar articles, the left has tried to discredit papal critics such as Archbishop Vigano, who famously wrote a scathing rebuke to the pope for not doing enough to combat abuse.

One could argue that, in this instance, it’s almost as if the left-wing media is getting in the way of justice for the (allegedly) abused. And that’s horrifying. But, of course, NBC News would just write such an opinion off as part of the reactionary Trump right, right?

The left-wing media sees Pope Francis as a potential avenue towards making the Church get with the times, and lately it shows no discretion in its attempts at making that happen.