Hollywoke Crumbling? April was a Disaster for Disney, Netflix & More 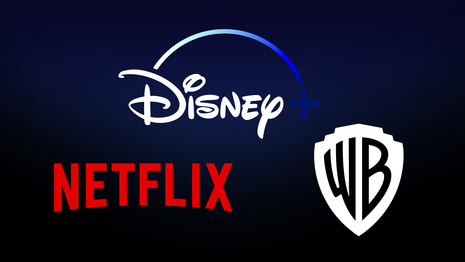 Hollywood corporations have spent years insulting mainstream American values and pushing woke lunacy. The month of April proved that they can no longer continue to do so without real-world financial consequences.

Below is a rundown of the pain experienced last month in La La Land:

Netflix announced on Tuesday, April 19, that they lost 200,000 subscribers during the first quarter of this year instead of an anticipated gain of 2 million. Netflix stocks tumbled 25%. In the nearly two weeks since the plunge, the streamer has announced layoffs and cancelled projects.

On April 20, Netflix gutted its original animation program, firing its director Phil Rynda and much of his staff. The streamer has since ceased production on multiple animated series, including a project that was in the works by Meghan Markle.

Then on April 28, Netflix fired the staff of its fan site, Tudum. One Tudum writer told The Daily Beast that he felt like "Adam Scott in Severance," a reference to the Apple TV show about a dystopian workplace.

Warner Bros. Discovery, created in April from a merger of AT&T's WarnerMedia and Discovery, Inc., saw its own stock drop last week after it announced that its 2022 profit would be lower than predicted. The company is home to HBO Max and Discovery+, among others.

The conglomerate, which owns CNN, was hurt by the failure of CNN+, the "New Coke" of media launches.

While both HBO Max and Discovery+ did gain subscribers in the first quarter, Discovery+ also introduced upcoming content that is likely to alienate audiences almost as much as Netflix's Cuties.

On April 26, it premiered a trailer for Generation Drag, a disturbing documentary celebrating child drag queens that will premiere June 1 on its service.  The trailer has already been tweeted by Libs of TikTok and criticized by many in conservative media, potentially pushing away future subscribers.

According to CNBC, Morell crafted the early response to the Florida legislation in which Disney did not take a public stand. LGBTQUIA activists then threw a hissy fit and pressured Chapek to fight the law.

So the one who was initially right is the one getting axed.

Left-wing Democratic operative Kristina Schake, hired at the beginning of April as head of global communications, will take over part of Morell's role. Clearly Disney has learned nothing.

The brutal month of April should have been a wake-up call for Hollywood elites, but until they acknowledge the woke elephant in the room that is causing their decline, little is likely to change.