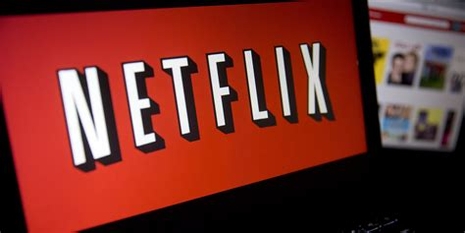 Netflix stocks plunged 25 percent in extended trading on Tuesday after the company revealed they lost 200,000 subscribers during the months of January-March. The drop shed about $38 billion off the company's stock market value.  Netflix shares are down 55 percent this year as of this writing and are likely to fall further.

In the U.S. and Canada, the company lost 640,00 subscribers with additional losses across the globe. A notable exception was the Asia Pacific region where Netflix added one million users.

The decline is a huge embarrassment for the streaming service considering the company had projected gaining between 2.5 million and four million customers for the quarter.

Netflix now projects they will lose another two million subscribers during the April-June period.

The company saw a huge gain of 36 million subscribers during the 2020 lockdowns, but customers have since rejected the streaming giant. Apparently, being stuck in a home by government edict can lead to desperate entertainment choices.

In a letter to investors, Netflix blamed a multitude of factors including "sluggish economic growth, increasing inflation, geopolitical events such as Russia’s invasion of Ukraine, and some continued disruption from COVID are likely having an impact as well.”

Oddly, they never blamed unwatchable left-wing content, although they did promise "to improve all aspects of Netflix - in particular the quality of our programming and recommendations, which is what our members value most."

To stem the bleeding, Netflix co-CEO Reed Hastings now says he is open to a lower-priced, advertising-supported version of the service in the future. The company has also vowed to crack down on password sharing.

But the problems with Netflix are about far more than inflation and password issues. Its programming is too often woke, left-wing, LGTBQUIA-obsessed, and even pedophilic.

The streaming service cannot rely on Squid Games, Shonda Rhimes' soap operas and eighties nostalgia like Cobra Kai and Stranger Things to hold a subscriber base forever. Until the company breaks out of its left-wing bubble, it will continue to alienate countless potential customers in the U.S. and around the world.