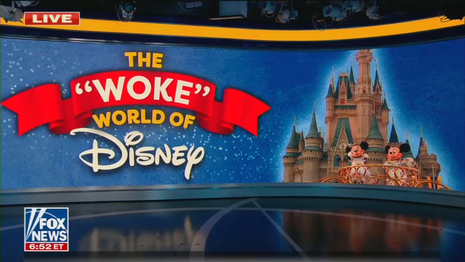 In a press release Disney announced, "In this role, Ms. Schake is responsible for Disney’s worldwide communications strategy and operations, and serves as lead spokesperson for the Company."

During her time with the Clinton campaign, she received warnings about the dangers of Clinton pal and serial sexual pervert Harvey Weinstein. Actress and Clinton supporter Lena Dunham told the New York Times that she personally warned Schake it was "a really bad idea for [Weinstein] to host fundraisers and be involved [with the campaign] because it's an open secret in Hollywood that he has a problem with sexual assault."

Schake didn't deny Dunham's assertion. According to the Huffington Post, "telling the Times only that the term 'rape' was never mentioned."

Schake will fit in well at Disney, which protected Weinstein for years.

In 2009, Schake co-founded the American Foundation for Equal Rights, which led the fight for same-sex marriage in California. Since the U.S. Supreme Court legalized same-sex marriage nationally in 2015, LGBTQUIA activists have openly admitted that legalization was a springboard to "smashing heteronormativity" and teaching younger generations to reject the "gender binary."

Clearly, The Walt Disney Company is pushing full-steam ahead with harnessing their cultural power in the service of left-wing political and sexual agendas. Hiring Schake as their spokeswoman is just the latest indication that they don't intend to hit the ideological breaks anytime soon.